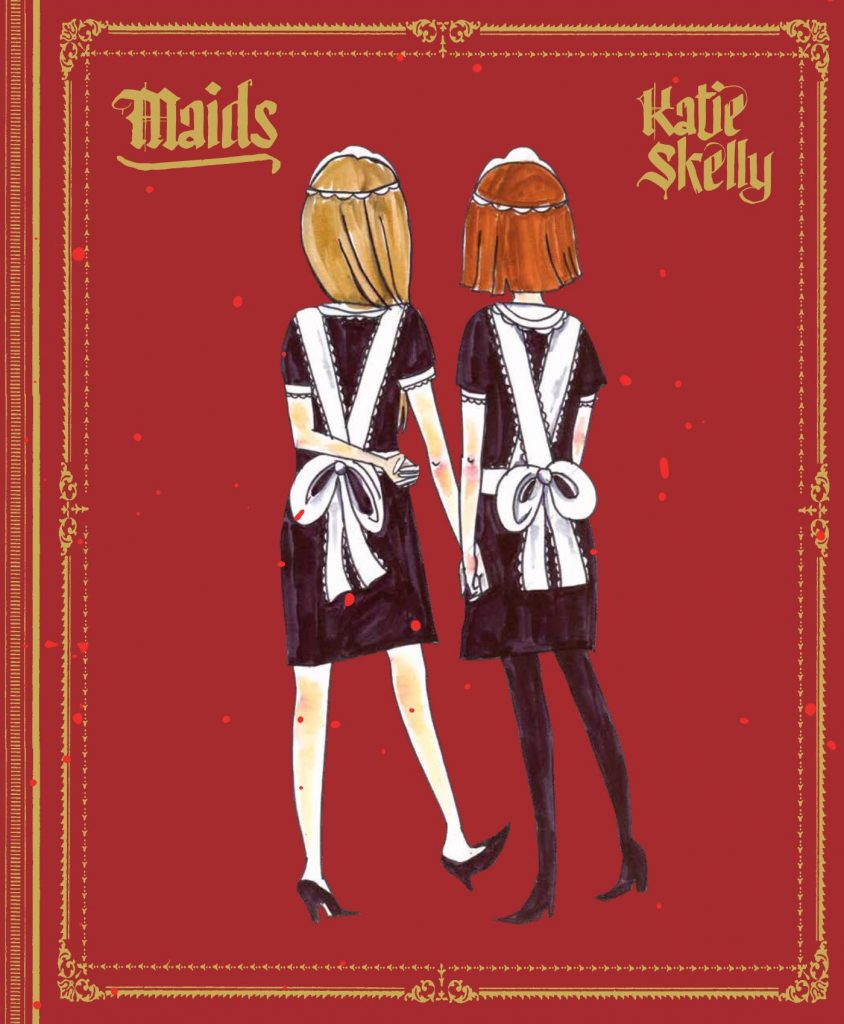 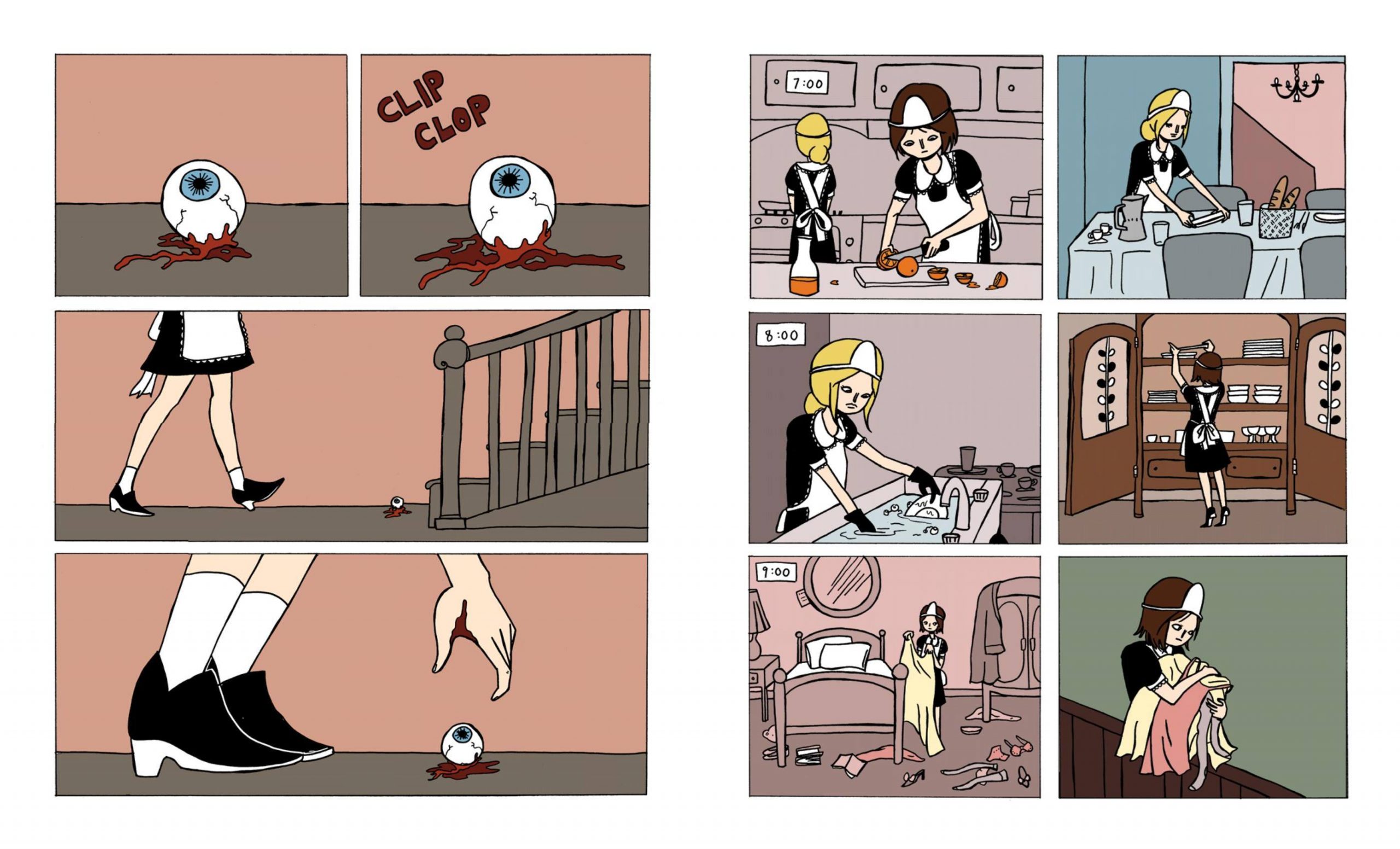 Katie Skelly sets the tone for Maids with an extremely unsettling opening page seen as the sample art before switching to a scene of Lea arriving for her first day of service to Madame Lancelin in Le Mans in 1931. She’d previously been at a convent with Christine, already employed in the Lancelin house, who’s recommended her for the job.

Skelly’s previous works have been light parodies, toying with common genre occurrences to instil a mild fetishistic mood, but generally remaining playful. Maids takes a different approach, prioritising a foreboding atmosphere. It’s only via information supplied after the story that we learn Skelly based Maids on true events, but she keeps some aspects deliberately vague. In reality Christine and Lea were sisters, but Skelly never clarifies that in her story, introducing an ambiguity about their relationship, and an interesting experiment in individual interpretation. There are hints of darker deeds via Lea and Christine’s convent past and the fractious relationship between mother and daughter in the household. ‘Monsieur’ is never seen, just referred to as arbiter and administrator, making the cast almost exclusively female, Lea the sore thumb by virtue of her being quiet among three strong personalities. She’s repressed and tormented, and a slightly greater exploration of this would have been desirable as a key scene concerning it is intrusive, and ultimately inconsequential. Christine can be impulsive, and has few qualms about doing what she can to make her life as comfortable as possible. Disguised to some extent in the convent, in opulent surroundings the opportunities present themselves frequently.

Maids is a more mature work from Skelly, her simple, almost Pop-Art drawing brightening dark deeds, and her growing narrative sophistication bringing them to light. It has a self-aware detachment that nevertheless supplies all the necessary feeling, and transitions Skelly from a creator of interest and individuality to one with something to say.