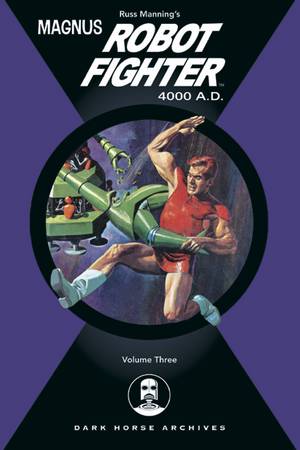 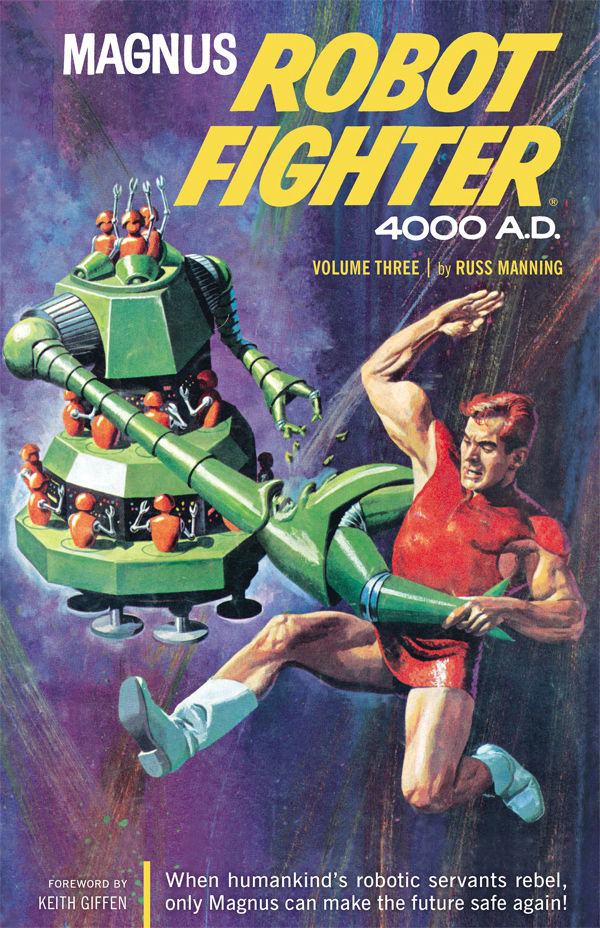 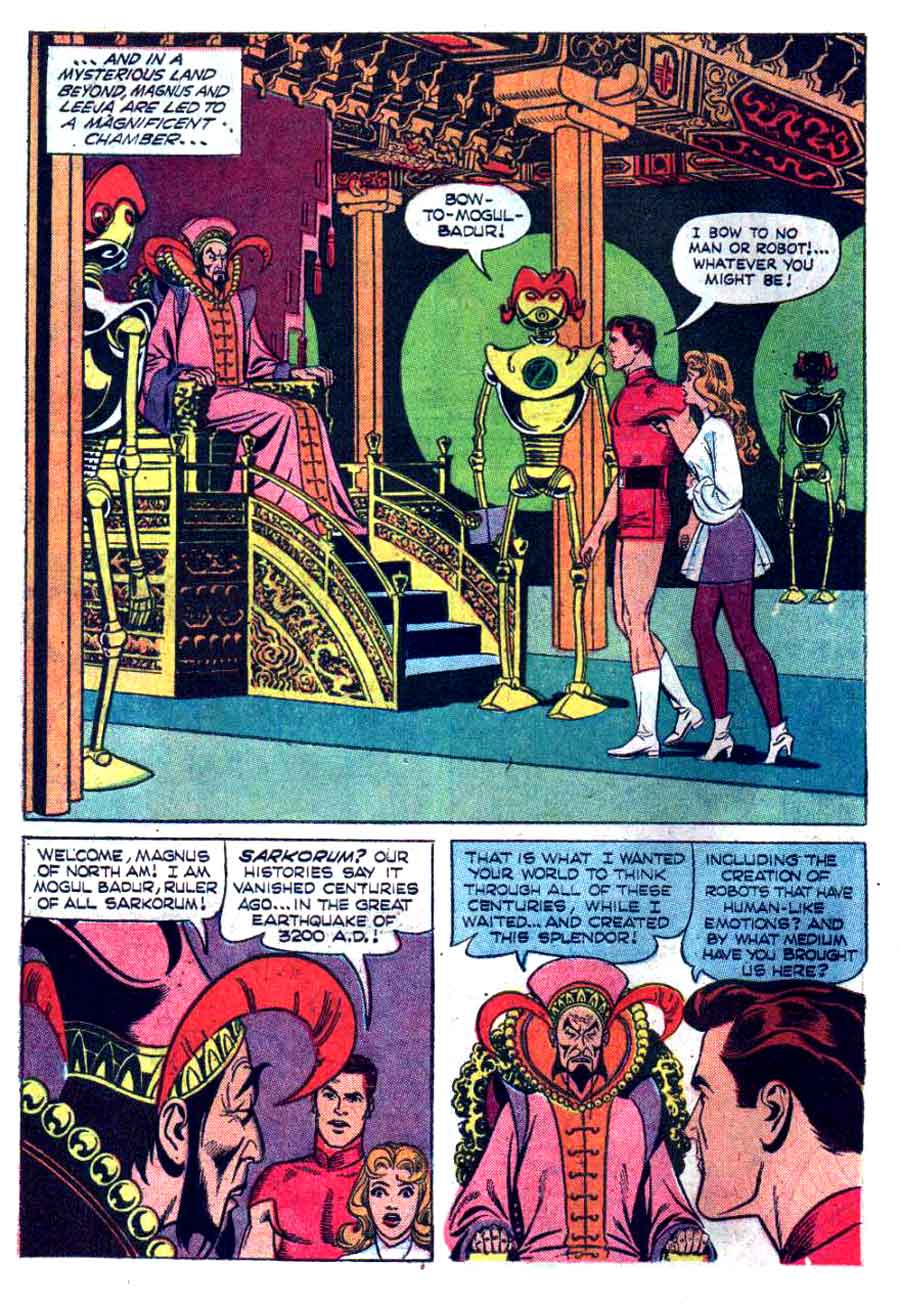 A writer who devotes himself to a continuing series occasionally faces the reality that his work is starting to suffer in quality. In this third and final collection of Russ Manning’s Magnus, Robot Fighter stories, however, we see the writer/artist hitting his stride, and some of his best work can be found here. Of particular note is ‘The Weird World of Mogul Badur’, Manning’s high point in this series. Here, the character of Magnus, 41st Century champion against the threat of evil robots, finds himself drawn into an alternate universe where robots serve a grotesquely complacent human society. This is at the command of an Oriental villain who could’ve stepped straight out of a Sax Rohmer novel. Manning has the opportunity to present the world view of his stories in a distinctive Far Eastern style, and he carries it off with eye-catching relish. He would re-visit this style in a later story, ‘Bunda, the Great’, in which Magnus is pitted against a robot in the India of 4000 AD.

The collection also features ‘Magnus vs, North Am!’, where our hero is under suspicion for his lack of a traceable identity. This is due to his being, quite literally, dropped into North Am after being raised in secret beneath the Antarctic Ocean. The story is essentially a chase thriller, with Magnus using every skill at his disposal to avoid being captured both by the North Am authorities, and by flexible robots from an unknown adversary. The story is tight and exciting and holds up to repeated readings. It also demonstrates Manning’s brushstrokes as a futurist. Magnus is obliged to face “Accuser Court”: an interesting form of preliminary trial presided over by a robot with a stately pointed head.

The final story, ‘Space Specter’, demonstrates both Manning’s openness towards promoting cultures and ideas beyond the Eurocentric 1930s pulp fiction norm, and the fact that, in some ways, he perhaps still had some work to do. On the one hand, the story features Magnus’ introduction to a 41st Century Amerindian tribe, complete with anti-gravity supported farmlands, and holographically projected classic Indian village. On the other hand the story opens with the Outsiders, a youth gang allied with Magnus, not allowing a newcomer to join the group because she’s a (ugh! phooey!) girl. One cannot truly judge maliciousness in this, however. As with his other work in the series, it demonstrates how Manning was thoroughly a product of his times and perceptions. To give him credit, the girl in the story becomes a major player, managing to provide genuine support for Magnus (thereby redeeming both Manning, as well as the Outsiders who decide that Girls Maybe Aren’t All That Bad!).

At its peak, Magnus, Robot Fighter was the visual counterpart to period genre magazines such as Astounding Stories. As with its peers it was devoted to a style which would soon seem outdated with the advent of the scientific realities of the late 1960s and beyond. As this volume ably demonstrates, though, the Magnus stories carried a definite thrill, and a vision which, while perhaps not in current acceptable fashion, still possess the ability to grasp the reader.