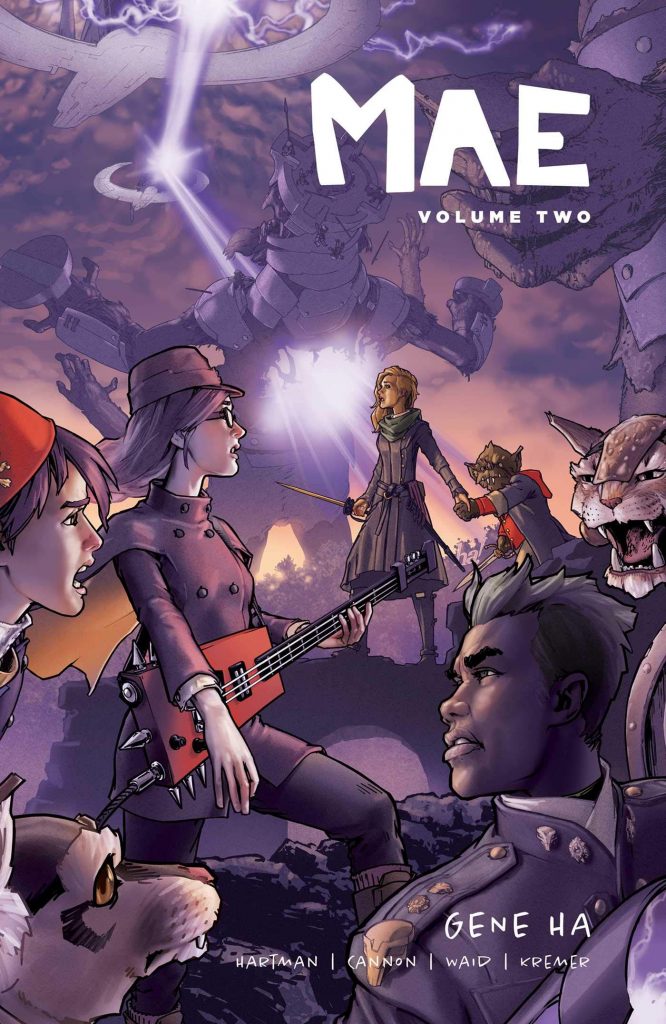 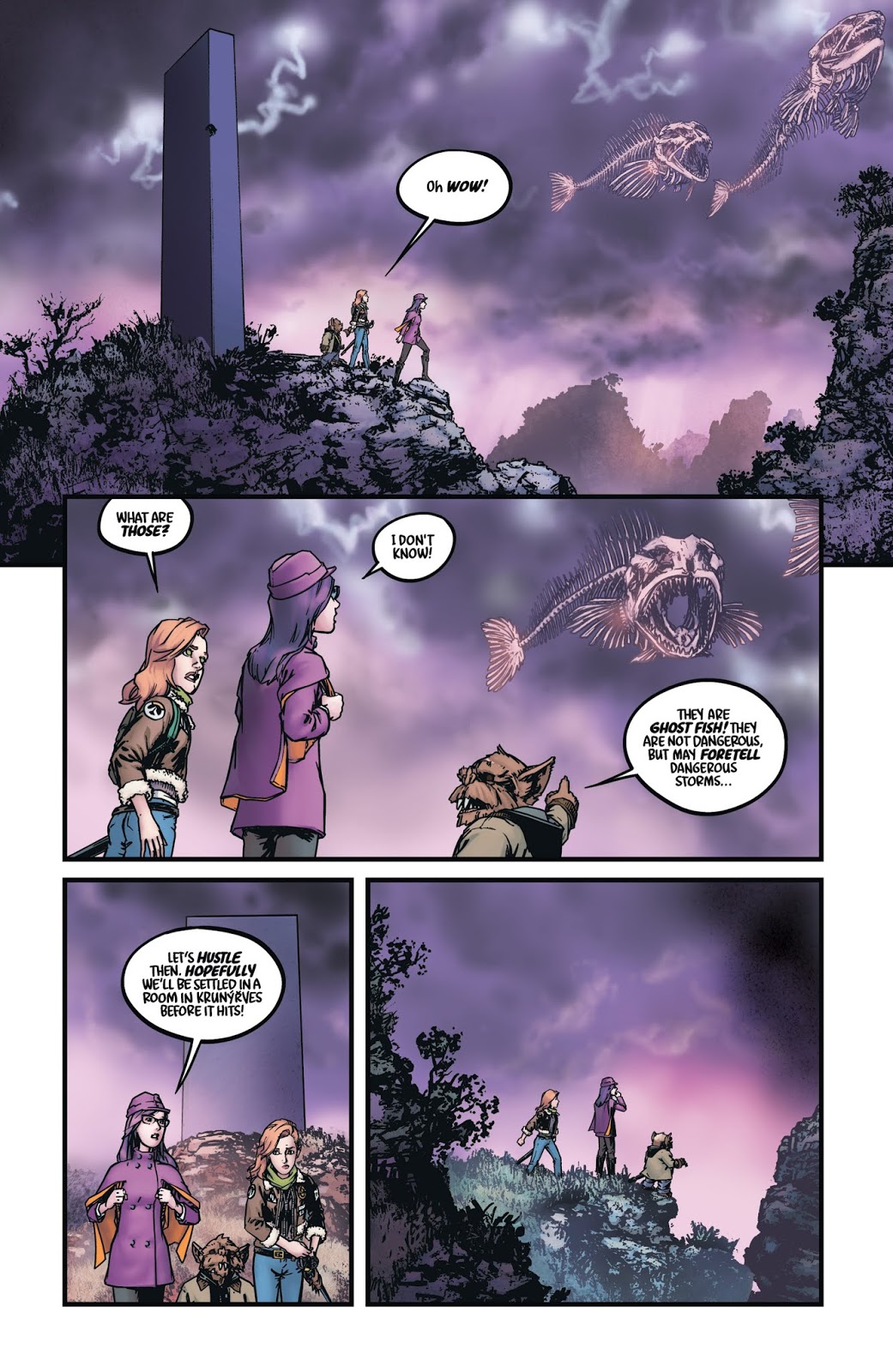 In Volume One Mae finally learned the reason for her older sister Abbie’s long absences. She’s been travelling to another dimension populated by many strange creatures and people, but by the time Mae discovers this their father has been abducted there.

As before, there’s a lot of fun about Mae, and a lot of neat ideas introduced. The early surprise is not just that Mae and Abbie separate again, but the circumstances of that. It makes sense, though, as this is Mae’s story, and with Abbie’s standing and knowledge of Cimrterén she’d otherwise dominate. Having noted that, Dahlia has a chapter to herself back on Earth, and it’s very entertaining. She’s later there when Mae makes a discovery about her absent father, and when she heads back to Cimrterén. By then much has changed, the political situation flexible at the best of times, and among several joyous scenes is Gene Ha revealing to us just why Mae is so important to everything going on. It’s a brilliant pulling back of the curtain.

For most of this volume it seems Ha must be extremely confident about being able to see his plot through because it moves forward very slowly. In narrative terms that’s no great problem, because as long as the diversions are interesting, and they are, that’s fine, but statistically the chances of a series seeing out the full plot before cancellation aren’t great, and Mae’s already seen one cancellation. In the final chapter, however, Ha pulls everything together and at some pace. He nicely understates a disclosure some readers may have figured out along with Mae, and drops a hell of a cliffhanger ending.

Mae is aimed at a completely different audience from those who’ve gushed over Ha’s accomplished art in the past. He’s found a style that works for him when turning out a considerable number of pages in a relatively short period, and while it’s effective, it’s not as decorative as we’re used to. There are even some perspective faults, some people with squashed bodies or heads larger than they should have. If that’s the price of Mae being delivered on a regular schedule, so be it.

Mark Waid and Molly Jane Kremer’s writing credits are for a single chapter each, both drawn by Ha. Kremer’s work on Dahlia’s college experience is good enough that you’d not know it was written by a newcomer. She builds the characters and situations engagingly and even provides a strip in the back explaining how. Waid is vastly experienced, and it’s down to him that Mae takes commonplace Earth products and makes a fortune as an inventor in Cimrterén. Both add to the overall picture without intruding overly on Ha’s stage. We look forward to Volume Three.