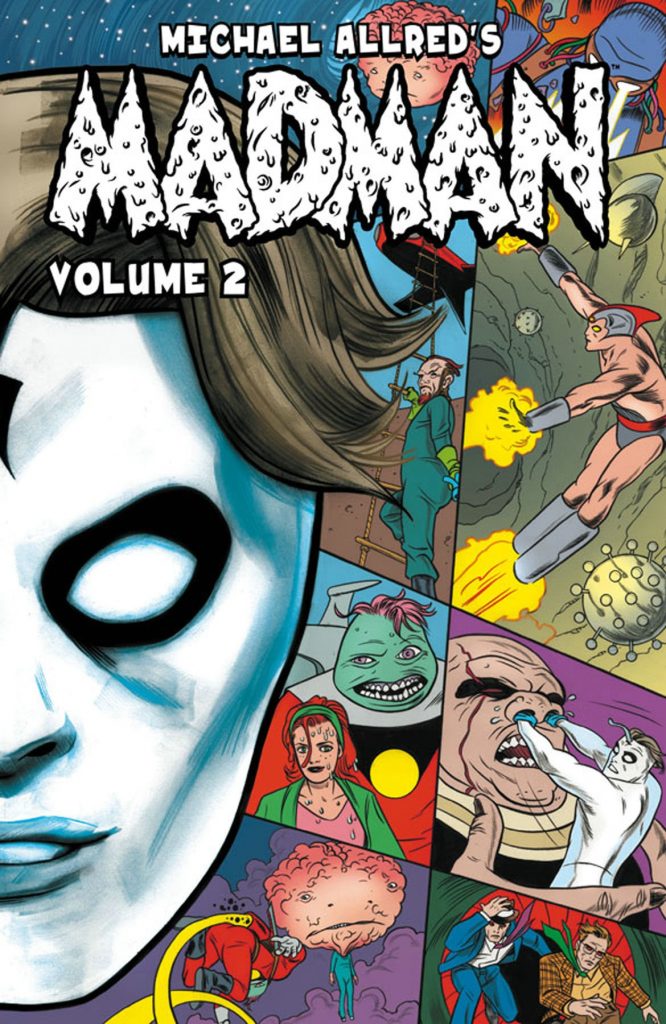 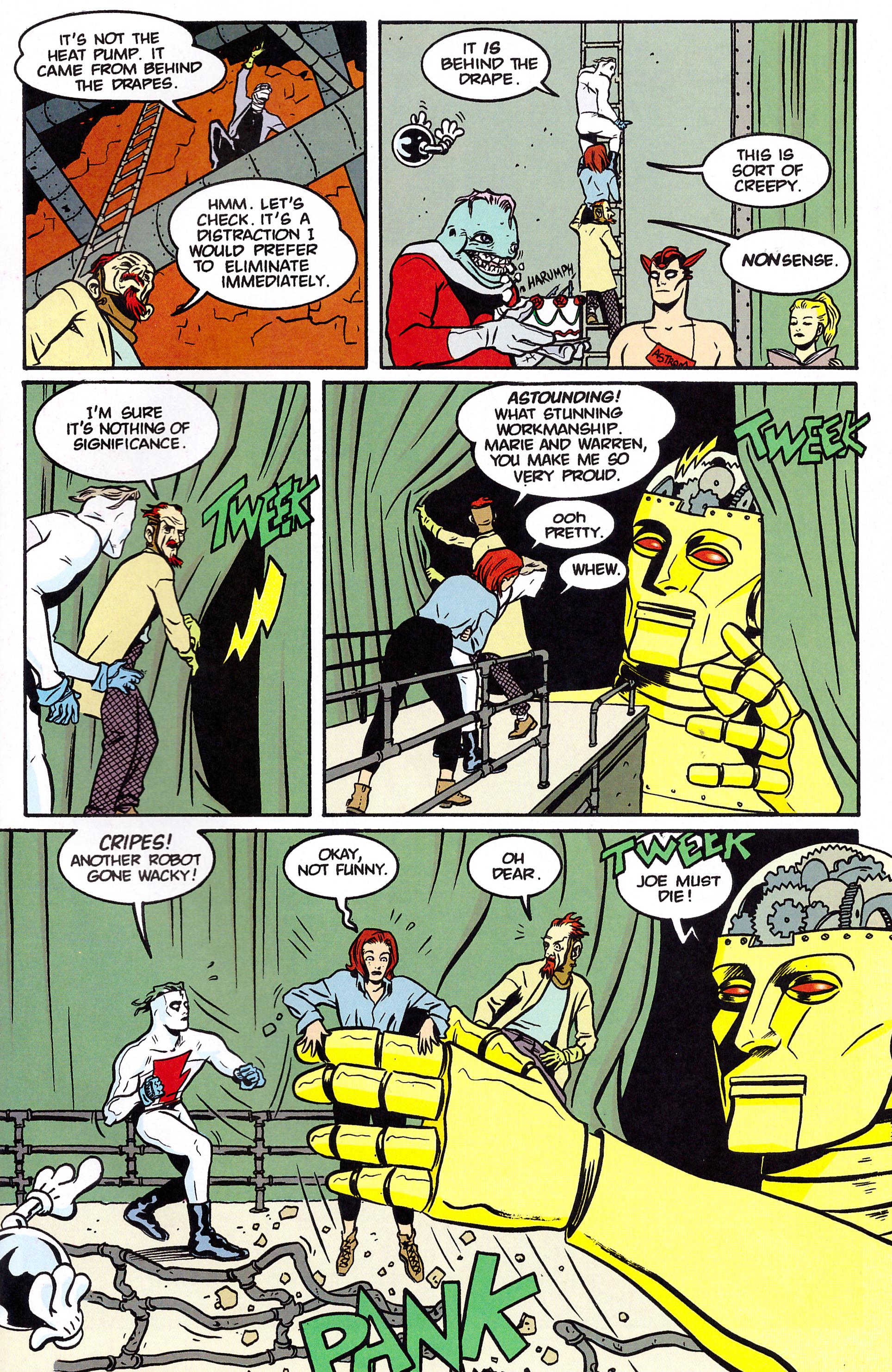 This second large collection of early Madman material republishes what was originally presented in book form as Madman Yearbook ‘95 (later Madman: The Complete Collection Vol. 1: Crash Course for the Ravers) and Madman: The Complete Collection Vol. 2. Whereas much of what was published in volume one of this series was Michael Allred piecing Madman together, this collection is the finished article.

That’s most obvious from the lively cartooning. The way he’s drawn, Madman is a perpetual bundle of fun, and Allred surrounds him with a complete menagerie of visually interesting characters, be they aliens, monsters or robots. His robots feature strongly in an early story and a piece closing the book, and they drew on a wide range of influences from the clunky battery operated children’s toys of the 1960s through sleek animated creations to the simplicity of spheres with expressive hands. The white gloves and four fingers nod toward Disney influences here, and given Allred’s fixation with inventors, perhaps Gyro Gearloose’s little helper is an inspiration. As well as strong design of both pages and characters, the bright and flat colouring of Laura Allred contributes massively to Madman’s artistic appeal.

At the time this material was originally published Allred was a member of a loose collective featuring other creators who owned their properties, and this enabled guest stars in Madman. Hellboy only features in a single page cameo, but the Big Guy, later an animation success, drops by for a two episode thriller in one of his few comics appearances. His creator Frank Miller even provides the dialogue. That both of these very individual creations can slot so easily into Madman’s world gives an indication of the sheer wacky vibe Allred creates, his lead character always upbeat despite his circumstances, and never losing a sense of wonder. His is a world where beatniks form a viable gang of street thugs, where lovesick aliens arrive in Snap City, where aggressive dead detectives have an office, and where the relationship between Frank and Joe is the only one in comics not artificially tortured by soap opera devices.

If you only want to buy one Madman collection, this is the one. In story and art terms everything is in place, Allred is really enjoying what he’s doing, and there are only brief intrusions from plot elements that later sucked some of the joy from the feature. These begin to manifest in volume 3.

As with the previous book, it’s worth mentioning the great Madman pin-ups. You might have thought with the line-up that book featured it would be strictly second rate contributors here, but you’d be wrong. It’s an art connoiseur’s delight with Brian Bolland, Dave Gibbons, Joe Kubert, Miller and many more equally good. Everything here also finds its way into the oversized Madman Gargantua.