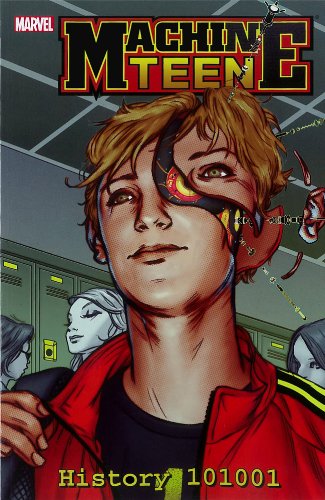 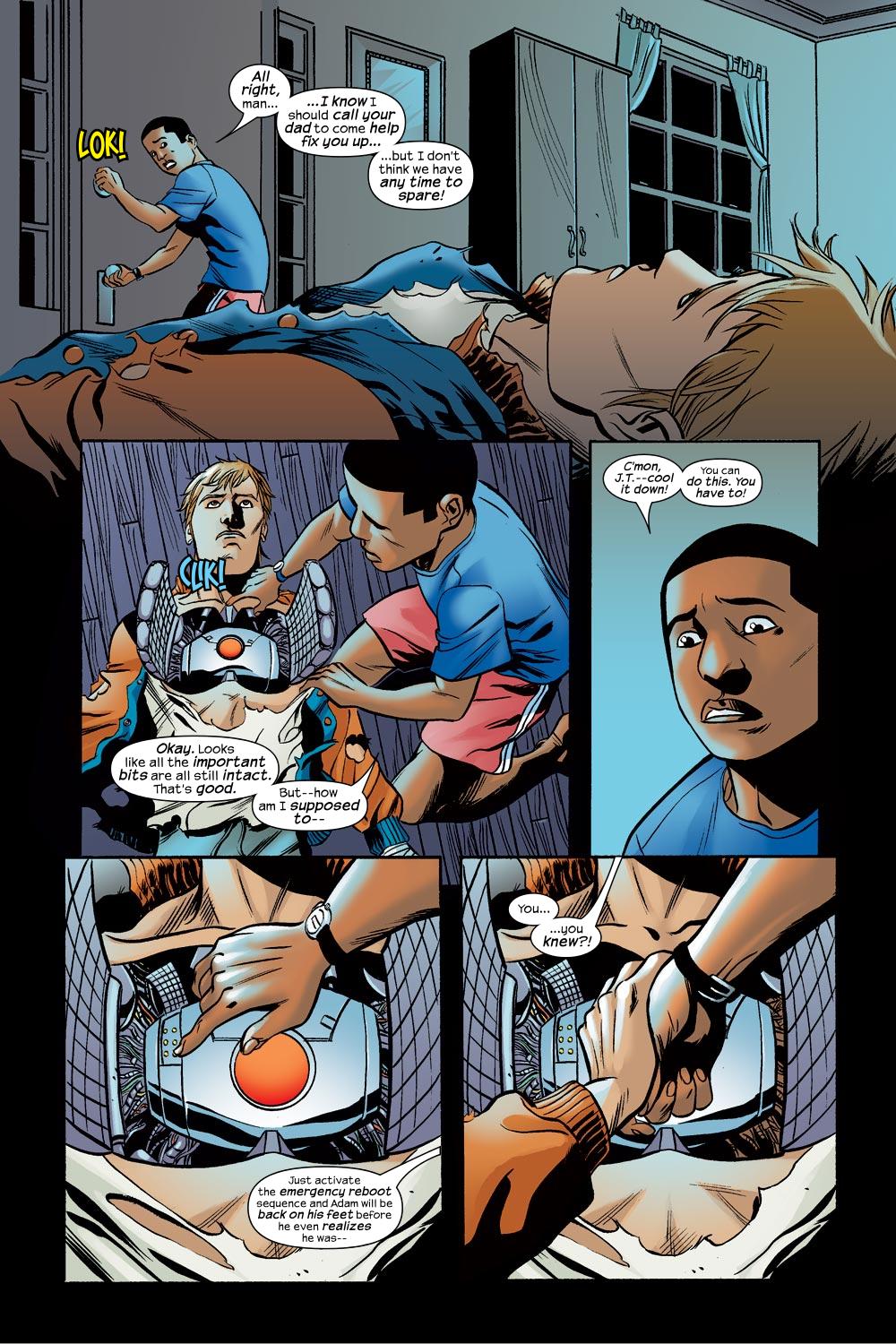 The concept behind Machine Teen resembles one of those naff 1970s TV shows where the idea was good, but the money to ensure the plots matched was absent. That shouldn’t be a problem with a graphic novel, but unfortunately…

Where to start? How about with a project called Machine Teen with a big picture of a human/machine hybrid on the cover that spends its entire first chapter attempting to make us wonder why Adam Aaronson is so good at school, both academically and at sports, yet he has these mysterious blackouts. Why would that be? Just as well his scientist father is always on hand to take him home. 22 pages are spent attempting to generate suspense and questions about what the cover illustration and title have already told us. It’s the wrong approach.

It takes until the third chapter of five for Adam to learn what he is, the backstory being shown in the opening pages of the book. Aaron Issacs once worked for an evil corporation before absconding with his research on artificial intelligence, and Adam is the result of his continuing experiments. Limitations have been placed on what would otherwise be vastly superior strength, and with these removed Adam is prepared when the evil corporation goons come looking for him. The supporting cast might as well be generated by artificial intelligence as well, such is their lack of personality. The overall lack of originality suggests the elements of every teenage superhero comic since the early 1960s have been analysed and synthesised to produce the melodrama and predictability of Marc Sumerak’s plot.

While Mike Hawthorne’s art tells the story well enough, it’s not so stunning that it overcomes the severe limitations of the plot. It took five years for this project to progress from miniseries to graphic novel, and the wonder is that it happened at all.