Lumberjanes to the Max Vol. 2 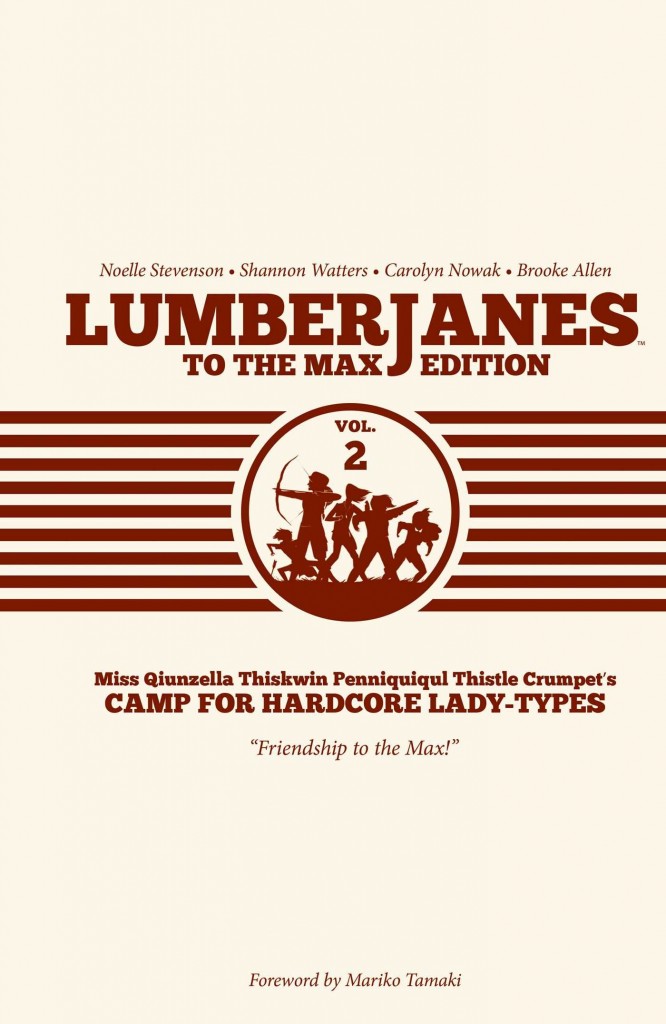 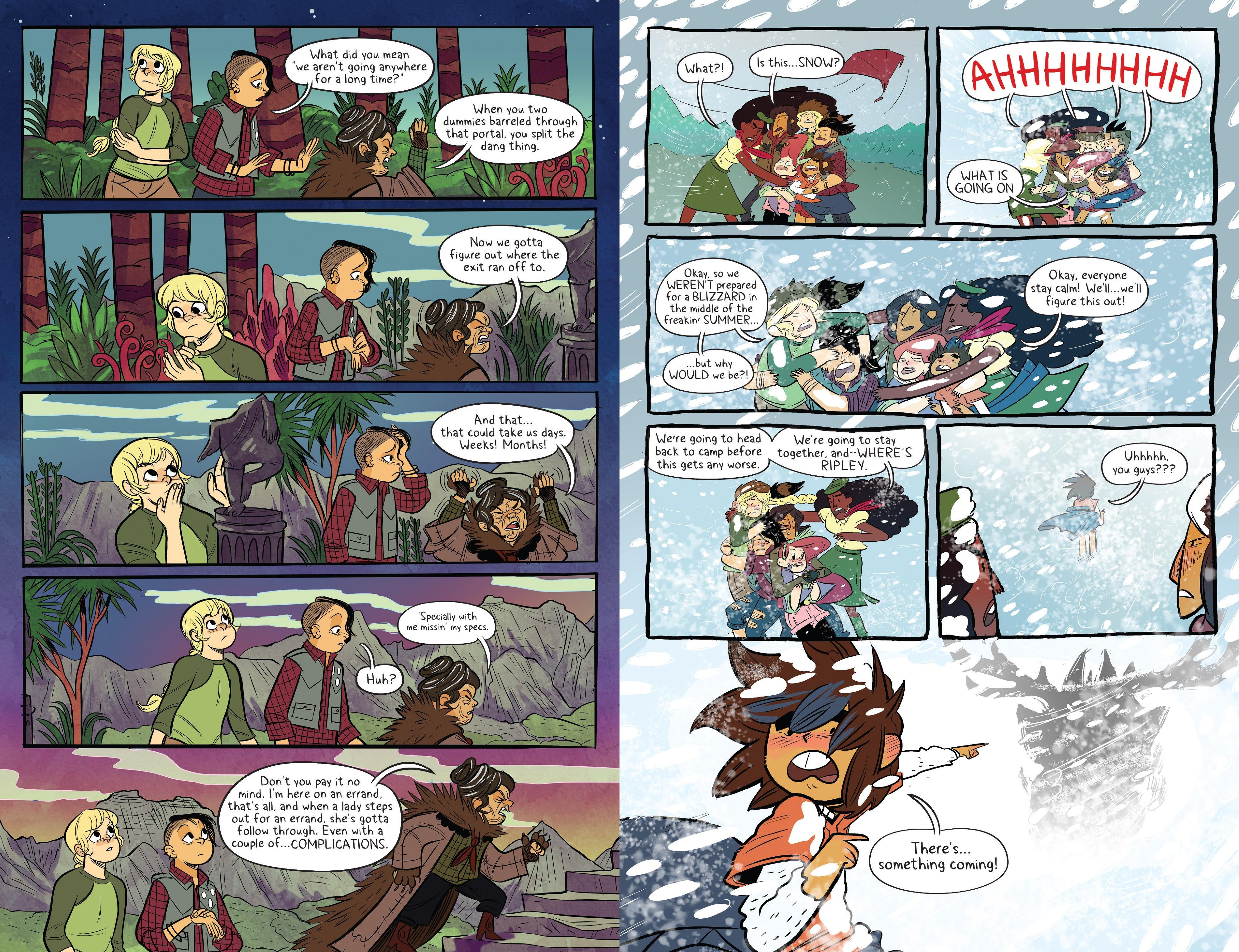 This combination of what was previously trade paperback collections A Terrible Plan and Out of Time departs from the creative constituents of the previous hardcover collection. It’s now Shannon Watters co-writing with Noelle Stevenson, both of them listed as co-creators of the Lumberjanes, and Carolyn Nowak illustrates a short story in addition to the entire three chapters of ‘A Terrible Plan’. Using very different styles as well. For the longer tale she steers close to the artistic template set by Brooke Allen, who’s back later in the book, with detail-packed cartooning, but her pages are more restrained than Allen’s. Were it not for the credits, however, Nowak’s first two-pager might be the work of a completely different artist.

That’s placed in the opening chapter, one of bonding and ghost stories around the campfire. Assorted artist contribute short strips, all of them women as per the creative policy. Only Becca Tobin, very much an acquired taste, strays greatly from the cheerful cartooning that characterises the Lumberjanes, turning in very loose amorphous figures in a word-heavy strip.

The short, sharp shocks are followed by two longer stories, in which the writers split the primary Lumberjane cast for the first time. Mal and Molly spot an old woman they’ve previously seen transform into a bear, and follow her through the woods, which isn’t such a great idea as it turns out, as she’s on her way to retrieve something from an alternate world. This is a place where dinosaurs still exist, and so very perilous. It leads to charming moments of honesty and revelation amid a good old-fashioned quest.

Coming in at four chapters, Allen’s return on ‘Out of Time’ explains much of the background behind the Lumberjanes. The Lumberjanes organisation has been going for a very long time, and the running of it has passed from teacher to pupil, leading to some contradictory relationships along the way, and to different ideas about how to handle the dangers in the woods. Several interludes in the past occur, and this is where Maarta Laiho’s colouring becomes really noticeable. She illustrates these in shades of brown rather than the more traditional grey, and the sepia tones work very well in conveying the era, contrasting the deliberate brightness of the present day Lumberjanes pages.

It’s with story that Lumberjanes is finally given the ballast it’s needed. Too much of the previous work has random strange events occurring, the Lumberjanes running away screaming, and readers just having to take everything at face value along with the remarkably sanguine cast. Stevenson and Watters don’t disclose everything, but once this book is done there’s a far greater feeling of solidity to the world they’ve created. They’ve also provided a greater depth to some cast members, and in Mel’s case this is sensitively and subtly handled.

The entire series of hardcovers is wonderfully designed with a reassuringly old-fashioned look to the embossed covers.