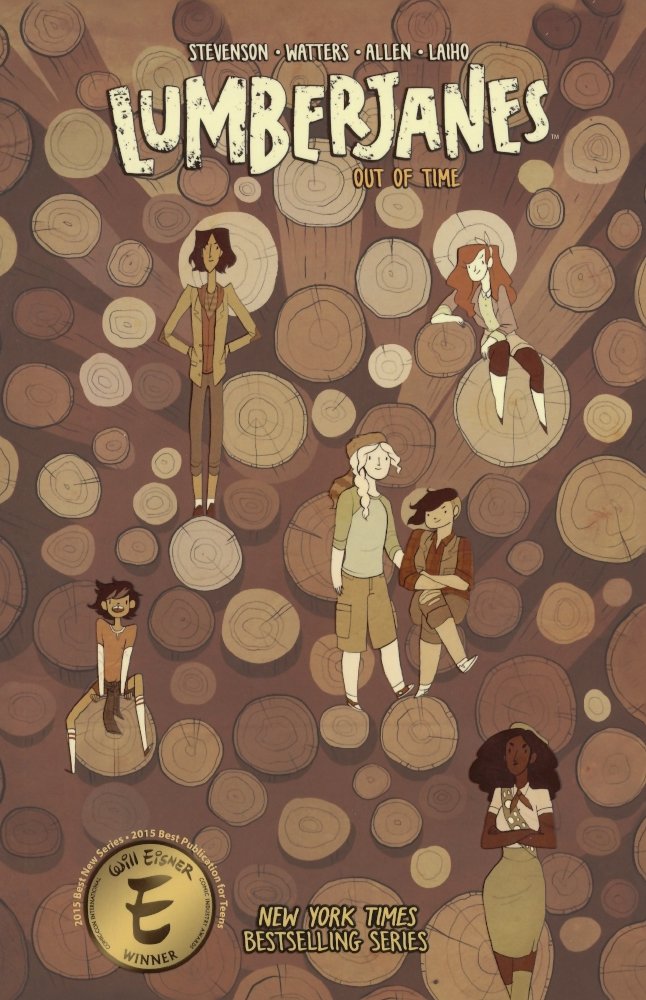 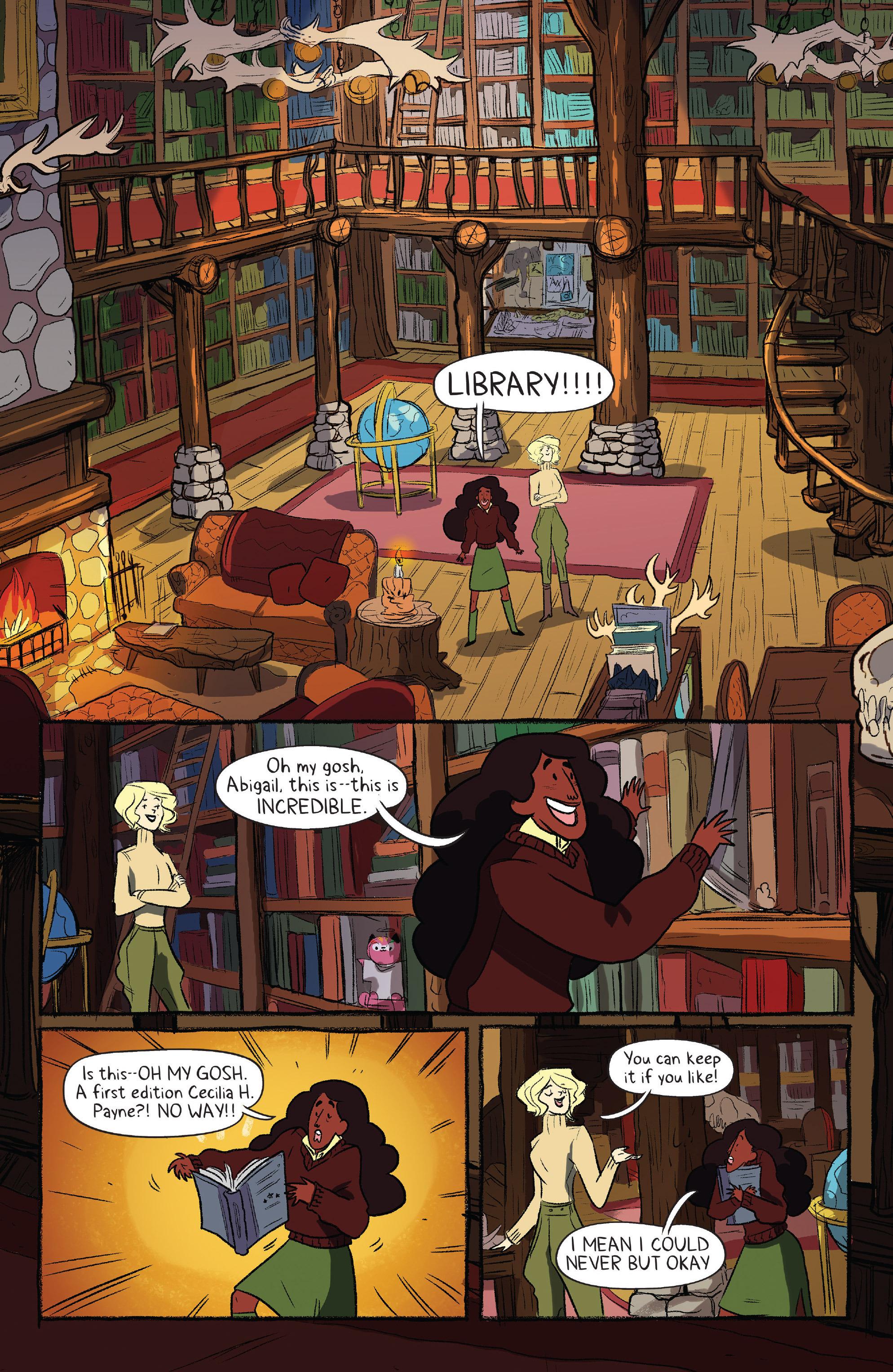 Mal and Molly’s adventure in the lost world is all but forgotten as our Lumberjanes go camping under the supervision of Jen. Never mind that they seem woefully under-prepared, as the weather is fine and they’ll be okay sleeping under the stars. Except where did that blizzard come from? With visibility minimal another menacing creature emerges from the woods, and while most of the Lumberjanes are rescued, Jen isn’t among them.

Noelle Stevenson and Shannon Watters again co-write, and they drop some interesting plot developments that feed into the bigger picture. The Lumberjanes have certainly learned about self-reliance and coping with the unknown during their adventures, but compared to Barney and his boy scouts they’ve learned precious little in the way of basic practical skills. They’re beginning to question why that is, and Jen wants to know why Rosie, who now runs the camp, is so secretive. The introduction of a new character raises further questions as to the Lumberjanes and their purpose, and exactly what that might entail.

Brooke Allen is back on the art and her detailed and kinetic cartooning again brings the feature to life. She’s very good at character design, with everyone involved in the series immediately distinguishable under her watch. Maarta Laiho’s colouring also deserves a mention. The Lumberjanes exist in an extremely bright world, but Laiho renders scenes in the past in effective shades of brown, which is a nice touch seen on the cover.

This is a better graphic novel than any Lumberjanes so far because it finally gives the series the solidity it requires. Too much to date has appeared to be random, and while not everything is explained in Out of Time, there are enough disclosures that going forward there’s something that anchors the plot. This equally applies to the cast, some of whom are given both extra gravitas and fallibility by this content, and there’s a lesson to be learned about how a person is shaped during their youth. All that may make Lumberjanes sound a lot more serious than it is. The full dose of comedy action is supplied, and youngsters should be thrilled and entertained. The series continues with Band Together, and this can also be found in hardcover as part of Lumberjanes to the Max vol 2.