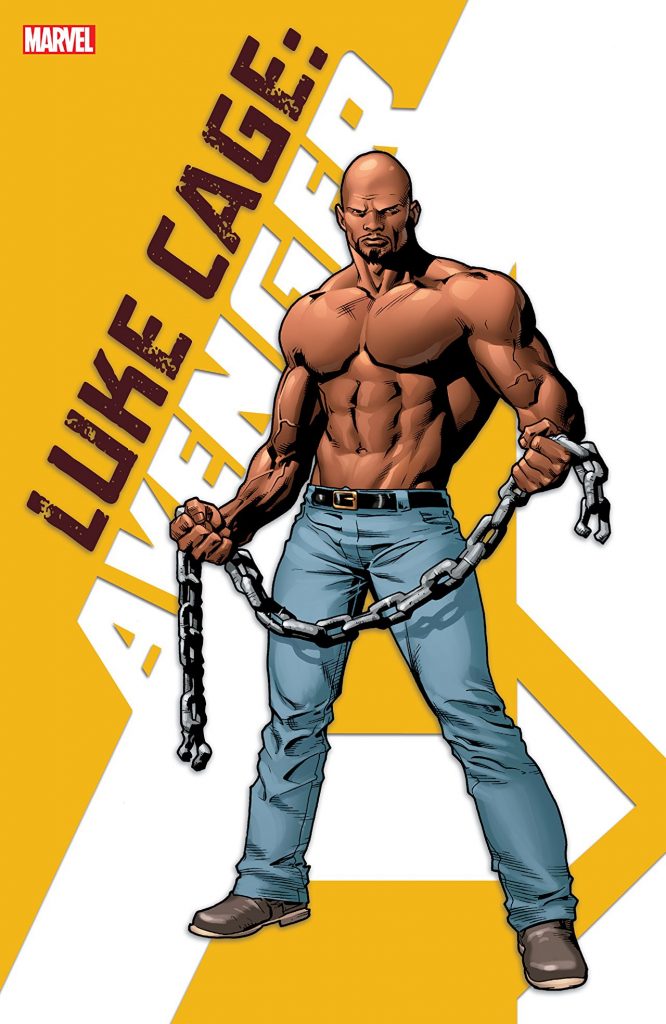 This puzzling compilation sprawls all over the place and serves no great purpose beyond gathering some middling to decent Luke Cage stories together, presumably to tie in with the 2015 launch of Netflix’s Luke Cage series. Or so it would seem if Marvel hadn’t deliberately stressed an Avengers connection, surely destined to puzzle anyone only familiar with the Avengers film franchise in which Cage plays no part.

Content selection is further hampered by Cage’s potential status as an African American icon being severely compromised by his being unable to sustain a solo series of consequence since the 1970s. Much of the material from that is now considered embarrassing, no matter how well intentioned at the time, so no exclamations of “Sweet Christmas!”, although there is the nonsense of an all-but forgotten Spider-Man and Daredevil story by Frank Miller, also featuring Cage. The 1980s colour jarringly contrasts that used in the remainder of the book, and the plot is one Miller would surely prefer to forget, where according to its needs people can either resist the Purple Man telling them what to do or not. “You resisted my will! In all my life only one other could disobey me, but even Daredevil could not do it so surely, so effortlessly…” And so on in similar arch fashion. It does feature one great Luke Cage moment, however, given the full page treatment by Herb Trimpe (sample art) in an otherwise unremarkable job.

Art is a problem in this collection, declining the further the pages turn. Dalibor Talajić is very good on Adam Glass’s updating of Cage’s origin, with eye-catching layouts and great character definition, and there’s nothing wrong with Leinil Yu on the following Avengers story. Billy Tan is perfectly acceptable before we reach the horrors of Eric Canete’s pages. He deals in gruesome graphic distortion, and Pepe Larraz, better on other graphic novels, somewhat follows his style as he also contributes to John Arcudi’s surprisingly ordinary tale of Cage visiting Philadelphia in what was previously issued as Town Without Pity. He discovers some problems are beyond his usual methods of solving, but the elements Arcudi includes for visual excitement are drawn in such an ugly fashion any thrill vanishes. Luke Cage versus a tiger! How good should that look? Well, better than it does here.

Yu’s contribution is the best piece, written by Brian Michael Bendis and also found in New Avengers: Civil War. There’s an emotional heart to the weighty decision Cage has to make when backed into a corner on the topic of superhero registration. Bendis’ customary glib dialogue is toned down to convey the seriousness of the situation, and he creates a tension from the opening visit of Iron Man and his undercurrent of intimidation. How seriously Cage cares for his wife Jessica Jones and his daughter is emphasised in another Bendis tale in which Cage prioritises their needs over what might be expected of him as a hero. Also found in New Avengers: Power, it’s a clever script, again with a great Cage moment.