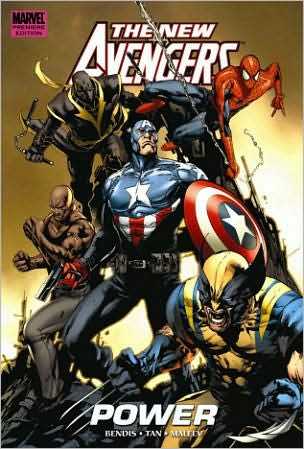 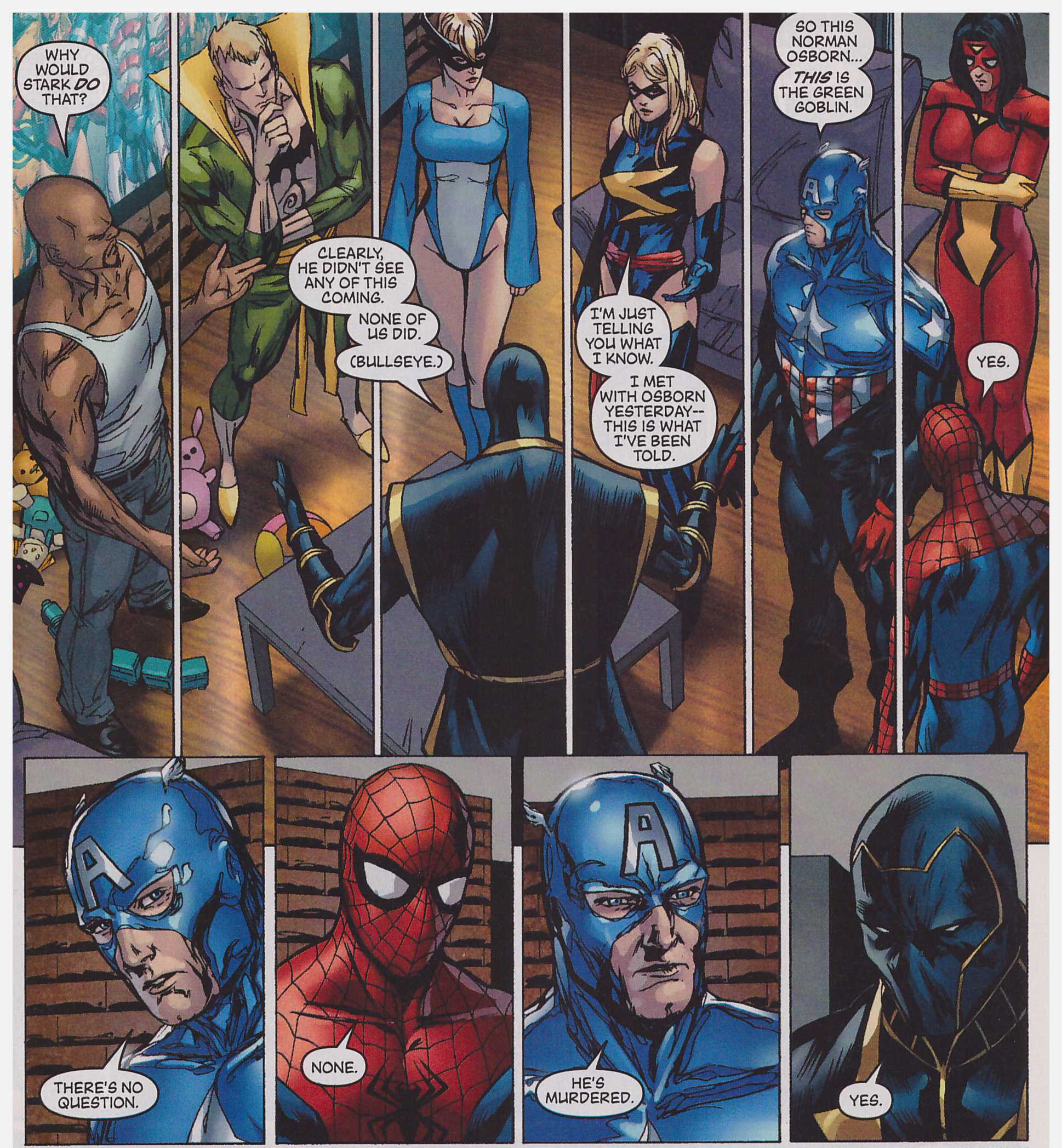 Much has changed since the conclusion to the preceding Secret Invasion 2. The Secret Invasion is over for a start, and that’s partly down to Norman Osborn, the unhinged villain Green Goblin, being in the right place at the right time and managing to save the world when former golden boy Tony Stark (Iron Man) had failed. It’s left Osborn in charge of the what’s left of spy agency S.H.I.E.L.D.

Several superheroes presumed dead, or among the unknown missing, have returned to Earth, one of them Hawkeye’s wife Mockingbird, long believed to have perished in action, the deceased now revealed as a Skrull imposter. “So, uh, how’s not being dead?” asks Spider-Man. “Pretty good” is the coy response. While there’s reason for most of the Avengers to celebrate, Luke Cage and Jessica Jones can’t. In the final stages of unmasking and repelling the Skrulls, one of them kidnapped their daughter, and the bulk of this volume is the lengths required to locate her.

It’s not apparent from the opening chapter, but much of the Avengers’ attention in this book is occupied by Osborn, who creates his own team of Avengers by costuming appropriate villains and having them masquerade as the genuine article. It’s a wild idea that spins out into the Dark Avengers series, and here offends the genuine article, still on the run as they’re now targetted by Osborn’s cohorts as not being officially sanctioned by the authorities. Truly the lunatics have taken over the asylum.

Artist Billy Tan has modified his style from the previous volumes. It’s more appealing, and less traditional and exaggerated, except as far as costumed women are concerned. He loves them all, and with a debate opened over cheesecake poses pandering to a young male audience since publication…

The way the material over the original issues broke down left very few available for satisfactory publication as a complete collection, although, as with previous books in the run, perhaps Marvel might have combined the three chapters here with those in the preceding book for a better value package. The content is therefore accompanied with a chapter with no direct connection to the Avengers, but the best of the book. “I, Norman Osborn, have been given the keys to the kingdom” he announces, to assorted very powerful beings before laying out how he sees matters progressing. It’s largely a seductive monologue well drawn by Alex Maleev, although his Sub-Mariner is a little off message.

This run of the Avengers continues with The Search for the Sorcerer Supreme. 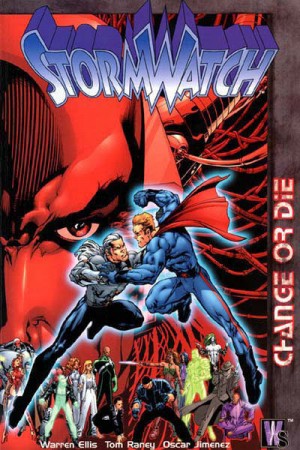