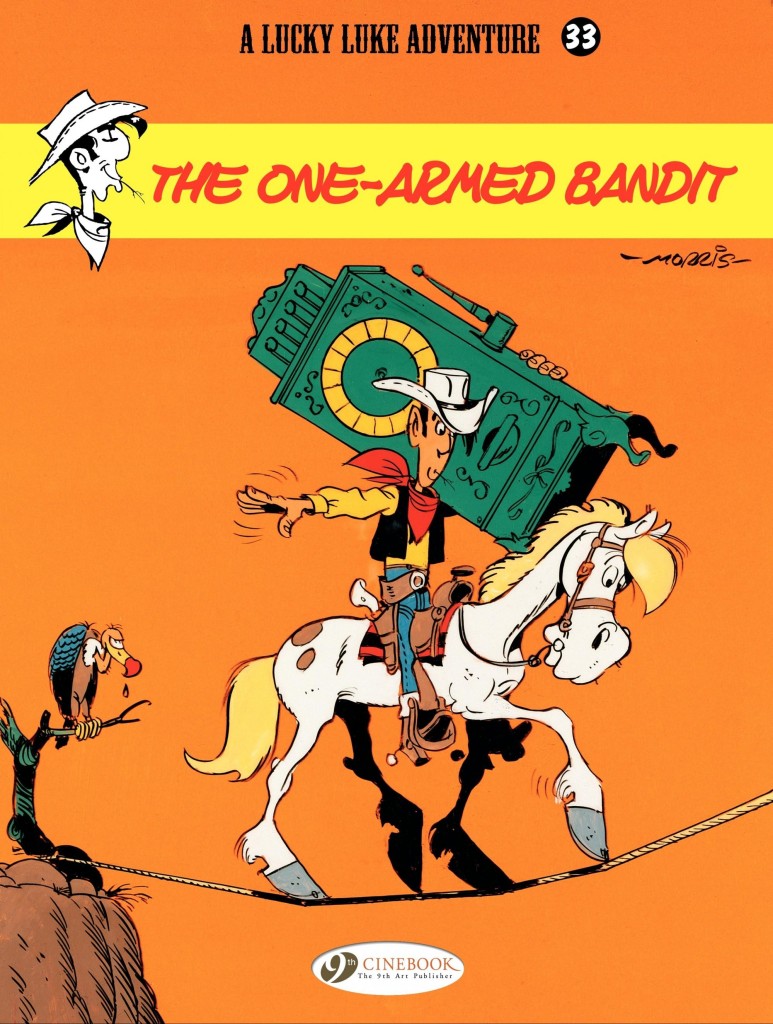 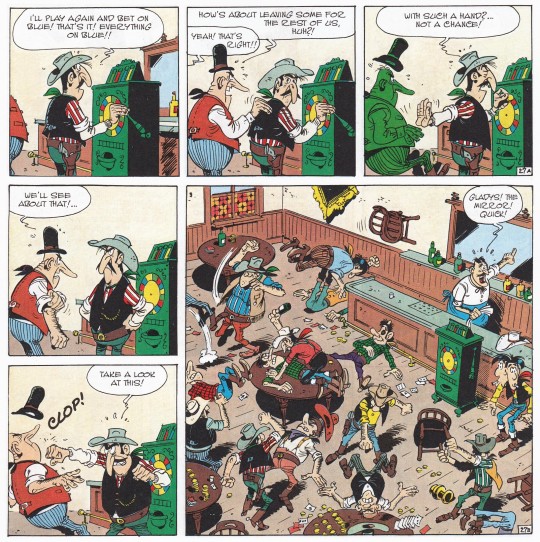 After René Goscinny’s death Morris worked with a number of different writers. Among them was Dutch writer Bob De Groot who wrote three Lucky Luke stories, the first of which was this parody of gambling culture, The One Armed Bandit.

Adolph and Arthur Caille are two brothers constantly tinkering with all things mechanical, all their experimentation leading to an idea that will revolutionise the gambling industry. The problem is that neither has actually left home before, so their friend the Senator arranges for a worldly-wise escort to accompany them on their travels, none other than our favourite cowboy Lucky Luke. Just as well, because these boys have no clue about what the world can really be like, and some people want to make sure their new fangled contraption doesn’t upset the gambling status quo.

Slot machines or the more colloquial ‘one-armed bandits’ are a fairly common sight now, but they still seem to generate frenzy a century after their invention somewhere between 1887 and 1895. De Groot’s story on gambling is possibly more relevant now in an age where easy access to online gambling sites has made gambling addiction far more prevalent. In parts it is fairly amusing because De Groot and Morris between them capture human nature when it comes to obsessions and how they can quickly bring out our baser characters. De Groot does well in accurately portraying how greed and obsessive behaviour can affect people adversely, but about halfway through the story begins to perambulate and repeat itself. The humour switches from observational to rather cruel when the antagonist (we only ever know him as Boss) appears. He viciously exploits and mistreats his sidekick Double Six, the consistently overworked gag quickly losing its charm. De Groot and Morris are the only ones who don’t seem to notice. As far as Morris’s work goes, it is illustrated well right down to the small details of a saloon or a mass brawl but the frames can feel awfully overcrowded in places. Morris is still the shining star, but scripted better dialogue than this on his own. What’s disappointing is that this book promises potential that remains unfulfilled and the humour’s slapstick nature appeals more to children.

It would be another 17 years before De Groot and Morris worked together again on Marcel Dalton, a story Cinebook hasn’t published. A few years after that, just before his death, Morris would illustrate De Groot’s script on The Painter with more or less the same results as this. 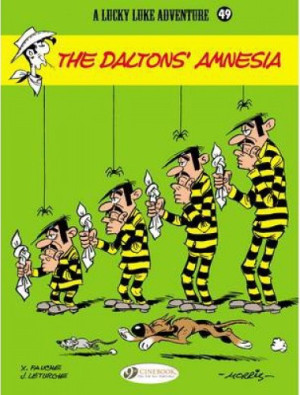 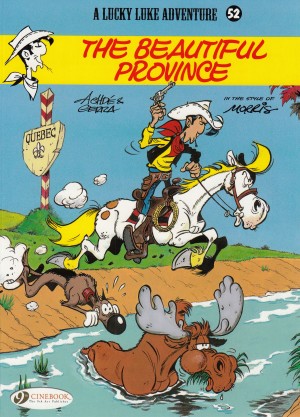 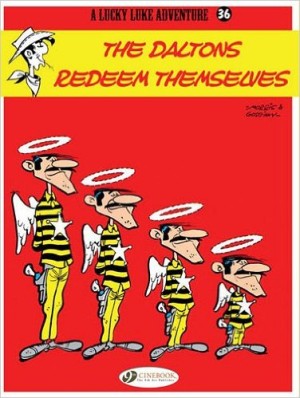