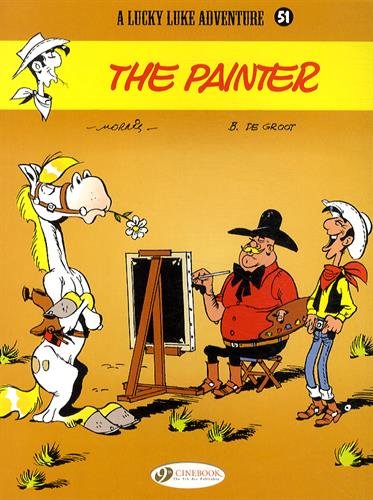 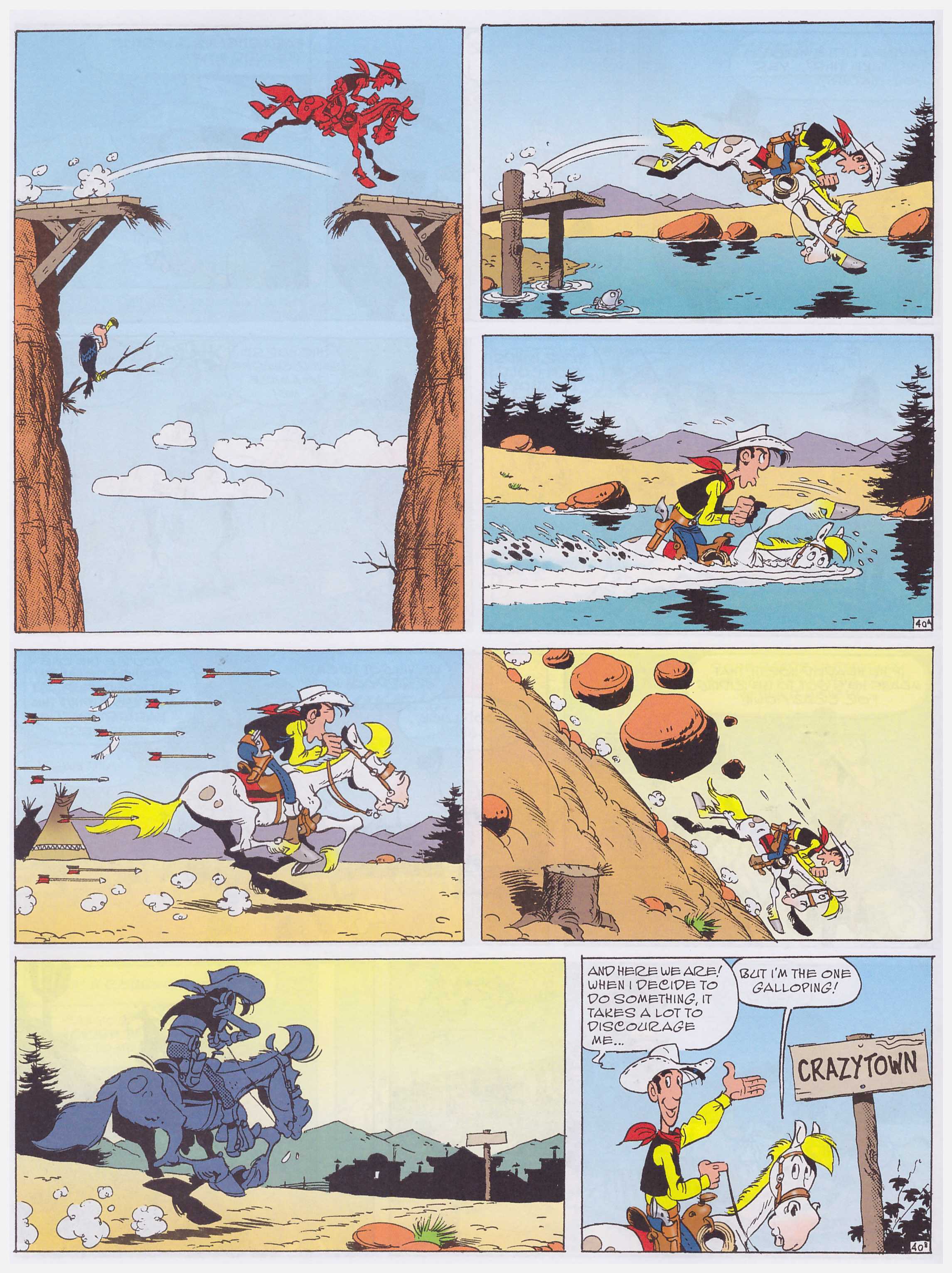 Frederic Remington is now famous for his stunningly naturalistic depictions of life as it was in the Old West, and fits well within the tradition of Lucky Luke meeting the renowned and infamous during his adventures. In this case he’s been charged by unknown sources to protect Remington as he paints in less welcoming areas. He’s characterised as a man who loves adventure, a scuffle, a meal and a drink, all on a grand scale. Well capable of handling himself with his fists, Luke’s only required to protect Remington when guns are involved.

The Painter is the penultimate Lucky Luke story completed by Morris before his death in 2001, and he only just lived to see its book publication. In terms of the art, there’s no indication that this is the work of a 77 year old artist. There’s absolutely no deterioration in his cartooning skills, and no skimping on crowd scenes or bar brawls. Remington is caricatured as a great beast of a man, and by this stage Morris could probably have drawn Luke and his horse Jolly Jumper in his sleep.

Despite this, though, The Painter is a big dip down from Lucky Luke’s finest material, and that’s due to writer Bob de Groot, best known for the inept detective comedy of Clifton. The best Lucky Luke stories are gag packed, with a joke every half page corresponding with the needs of first print serialisation. Here there are several pages that just move the story forward, with the only humorous aspects being Morris’ cartooning. The jokes themselves are largely cumbersome, and even the best of them, such as Luke witnessing scenes from Remington’s paintings, fall flat beyond the initial idea. And the less said about the incorporation of Hiawatha, the better.

This is sadly meagre fare that may amuse children, but doesn’t have any appeal beyond. Although the 51st translation published by Cinebook, chronologically this is the 71st Lucky Luke book. 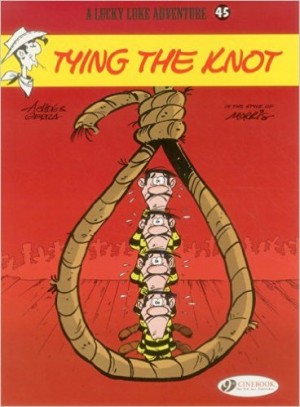