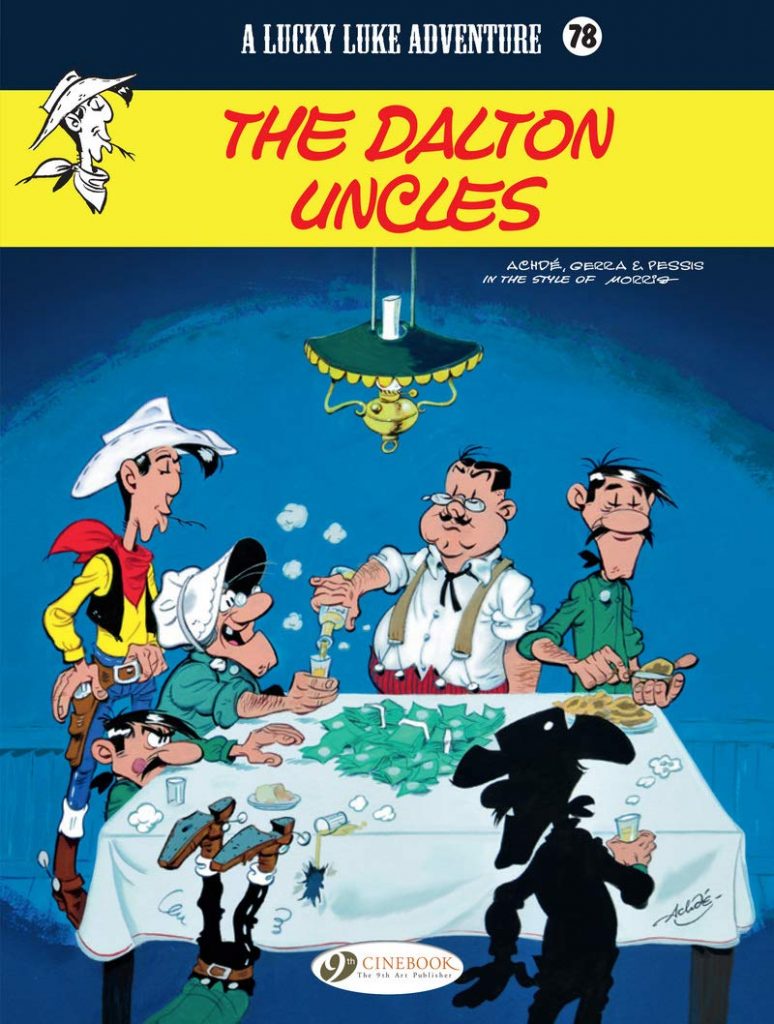 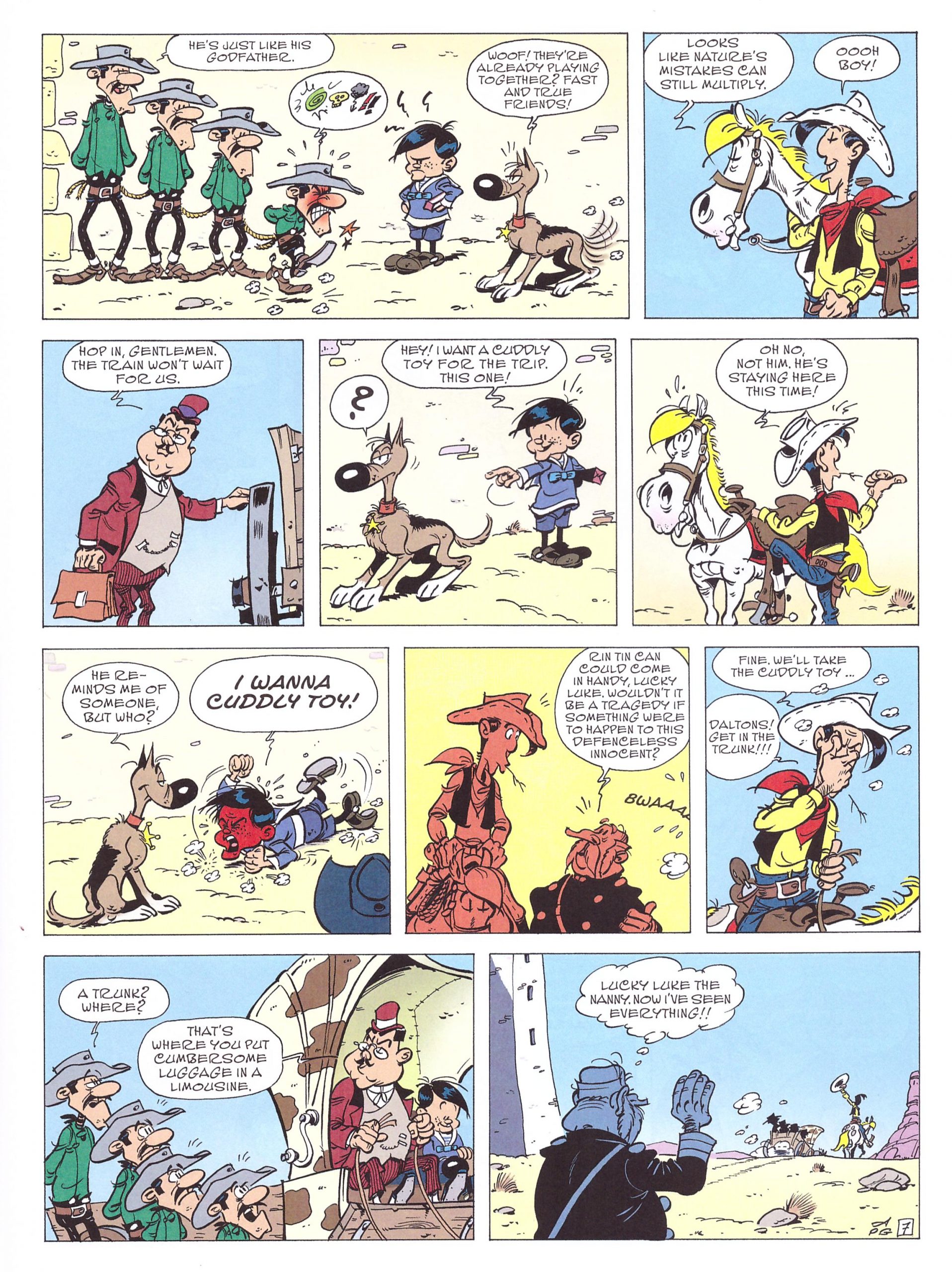 The Dalton Uncles begins with the well worn tradition of the Daltons being released from jail, although writers Laurent Gerra and Jacques Passis set about that in an unusual way. A judge has signed the release form on the basis that they have a young nephew and in his mother’s absence he’s to be educated by the Daltons. There have been flimsy pretexts for the Daltons’ release in the past, but this tops the lot combined. If you’re unable to work past how arbitrary and contrived that is, you’re not going to get very far with The Dalton Uncles.

Two primary comedy threads follow. The youngster has the single-mindedness and bad temper of Joe Dalton (the small one) and the appetite of Averell Dalton (the tall one), which is not a pleasant combination. The other thread is that the house provided for the education is in a snooty town where the intrusion of the Daltons, and even Lucky Luke as their minder, is extremely unwelcome, and to make matters worse they’re accompanied by stupid dog Rin Tin Can. It’s not the mixture the town wants, the Sheriff informing Luke on arrival “The only law that matters here is the law of silence, stranger”.

Achdé’s art hits the spot. There’s the fine comedy tuning, the detail and the wealth of personality on faces expected from a Lucky Luke book, although the only times he breaks from four tiers of panels per page into larger illustrations is for two contrasting views of a living room. Some of the cast appear to be caricatures, and looking up actors Bernard Blier and Lino Ventura online confirms Achdé has that gift. An introduction informs that the story is heavily inspired by the 1963 French film Les Tonton Flingeurs, which is fine for a French audience that knows the film, but guarantees The Dalton Uncles doesn’t travel well.

Without being able to match and admire the references, some scenes are stilted, and others fail a logic test, while the writers can’t manage the density of jokes expected from a Lucky Luke book, and many they provide are ordinary. How many laughs would René Goscinny have packed into the sample page? Still, Ma Dalton’s always a treat, and the scenes featuring her, some involving genuine emotion, are highlights in what’s otherwise a disappointing Lucky Luke outing for English readers.

Next in the original publication continuity is The Promised Land, far better and already published by Cinebook in 2016. They follow this with Steaming Up the Mississippi.