Lucky Luke: The Ballad of the Daltons (and Other Stories) 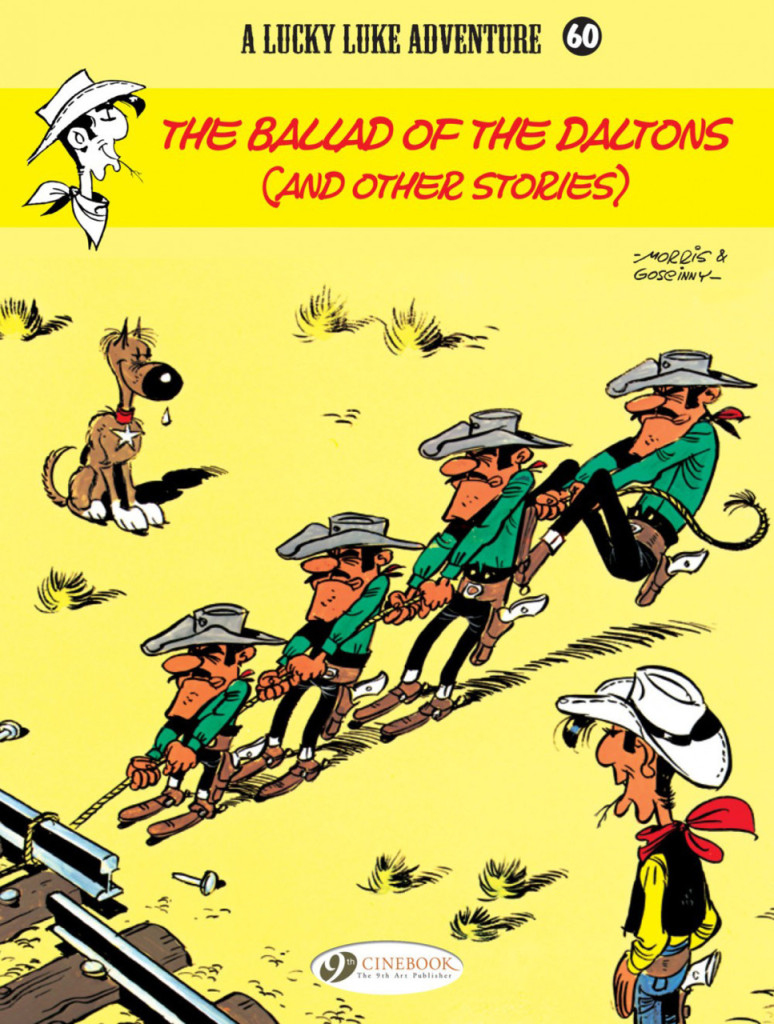 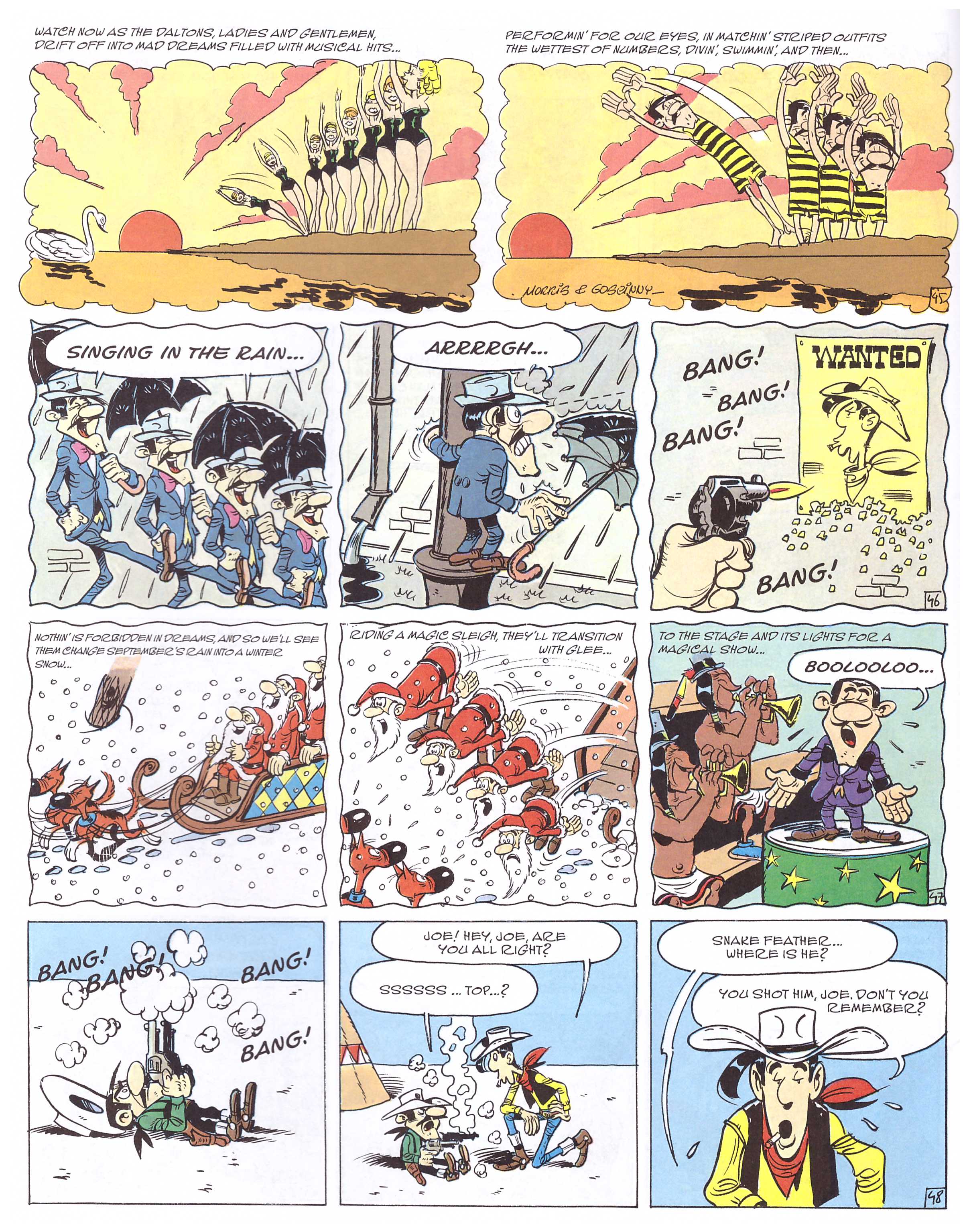 This anthology collects four shorter than usual stories about the lonesome cowboy who shoots faster than his own shadow, none long enough to fill an album on their own. The title story is very funny, although anyone who’s read a lot of Lucky Luke may well have an acquaintance with many of the characters and gags. It’s based on a 1978 animated movie with the same title, which René Goscinny stitched together recycling incidents from his long run on Lucky Luke. There’s no stale odour, though, as they were good gags to begin with and survive recontextualising.

Goscinny’s plot calls for the Daltons’ escapades to be sung by a balladeer, who drops back in every few pages to offer commentary: “If his turning outlaw seems a little extreme, that’s because it’s of course nothing more than a scheme”. An uncle to the Daltons dies and will leave them his fortune if they take revenge on the judge and every member of the jury who condemned him to hang. These jury members have all been seen in previous books, there’s a running joke about a salesman switching jobs, and hilarity ensues. As it should. Minus points for not bothering to adjust the offensive racial caricature of a Chinese laundryman.

Goscinny had passed away by the time the movie was released, and online sources credit Pascal Dabère with producing this adaptation if the book itself doesn’t. While there’s nothing to to complain about, it’s noticeable that the artwork differs from that of series creator Morris, lacking his variation and expansive panels, and the movement so essential to his pages.

‘The Blue Stallion’ is written by Morris’ long time friend and Franco-Belgian comics legend Greg (Michel Regnier), and is provided with a better title in English than the French original that gives away the mystery extended over four of the seven pages. It’s a gem, effortlessly in the Lucky Luke style, making it a shame that Greg and Morris never collaborated on longer Luke material.

Morris was writing as well as drawing Lucky Luke in 1955, when ‘Ruckus in Pancake Valley’ was first published. The drawing’s fine, if not yet the fully developed Lucky Luke style, but Morris was definitely better collaborating with a writer. Still, it’s only four pages.

The book closes with ‘The Sheriff School’, seemingly written and drawn by Morris in 1978. For someone whose artistic storytelling is fantastic, his pacing is off even over eight pages of slapstick, which are padded and episodic. Luke is hired to train the most inept recruits to become law officers, and a couple of good jokes don’t excuse the predictable quality of the remainder.

Three-quarters of this book is okay, which makes it a worthwhile purchase, but there really are many better Lucky Luke books worth investigating beforehand.