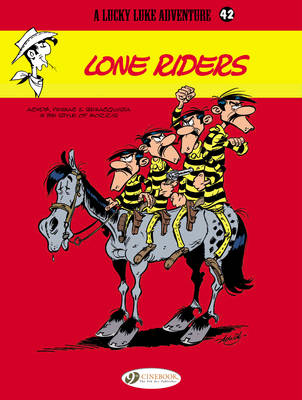 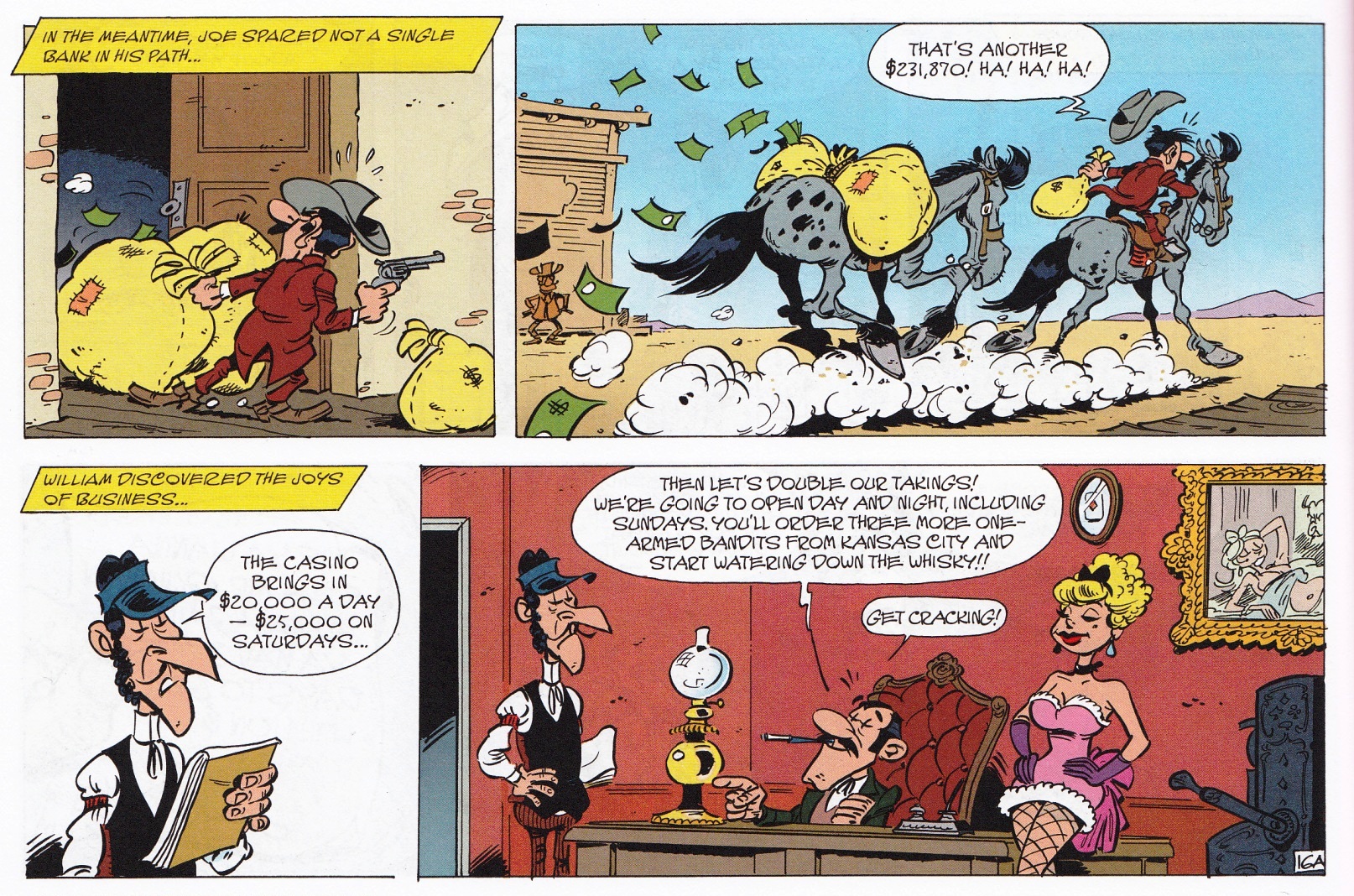 After years of Joe Dalton’s blundering leadership Jack, William and Averell decide enough is enough. Another catastrophic encounter with Lucky Luke is the last straw, and the Daltons go their seperate ways, with the four brothers agreeing that the first to make a million dollars will be their undisputed leader. It proves to be the best decision the brothers have made. While Joe carries on the family business of bank robberies, William tries his hand at gambling, Averell revolutionises the restaurant world, while Jack discovers he’s a natural politician. They’re proving to be an even bigger thorn in Luke’s side than they were as the Dalton Gang. It’s up to Luke to do the unthinkable – get them back together again.

For Lone Riders writers Daniel Pennac and Tonino Benacquista stick to the dark and cynical humour they employed for Lucky Luke Versus The Pinkertons, stepping further away from the traditional slapstick situational comedy into more dark satire. Crime and corruption is not usually a laughing matter, but it is here. There are some bleak laughs as they rub out the series’ previous clear divide between right and wrong by posing an uncomfortable question: are people outside the law what’s needed to address actions of others also outside the law? It’s far more complex than what we’re used to as the tables are turned on Luke. It’s not a bad yarn, though the humour comes from plot developments rather than any witty dialogue, and it’s the artist flair of Achdé that steals the show with an elegant line that is highly expressive. Some of his colour choices don’t always fit the scene, and tend to be distracting, which isn’t an unusual feature of Lucky Luke (Morris himself did it), but Achdé’s work is otherwise high quality cartooning. There’s incredible detail and Achdé experiments with different points of view to great effect. What’s most impressive is how many characters – and all their bustle- Achdé can fit into a frame. It never looks cluttered and in some ways it surpasses Morris’s work.

One of the few Lucky Luke stories to be translated almost immediately from French into English, Lone Riders is bleak yet funny. The dark themes are unusual for a Luke story, but it stands up well. In Cinebook chronology the next instalment is The Bluefeet are Coming!