Lucky Luke: A Cowboy in Paris 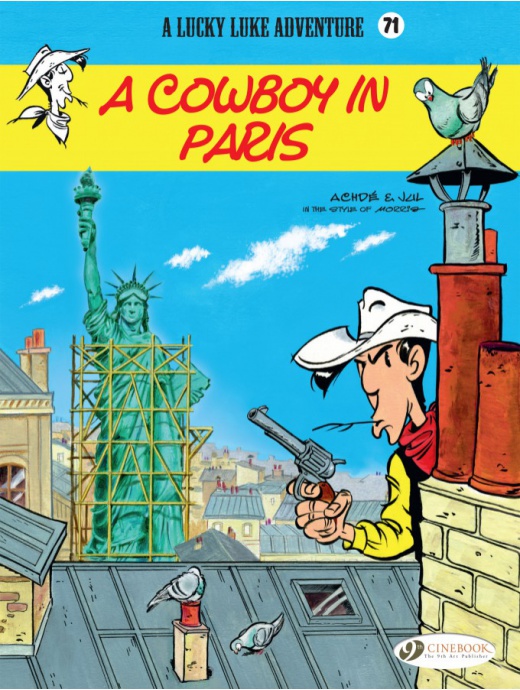 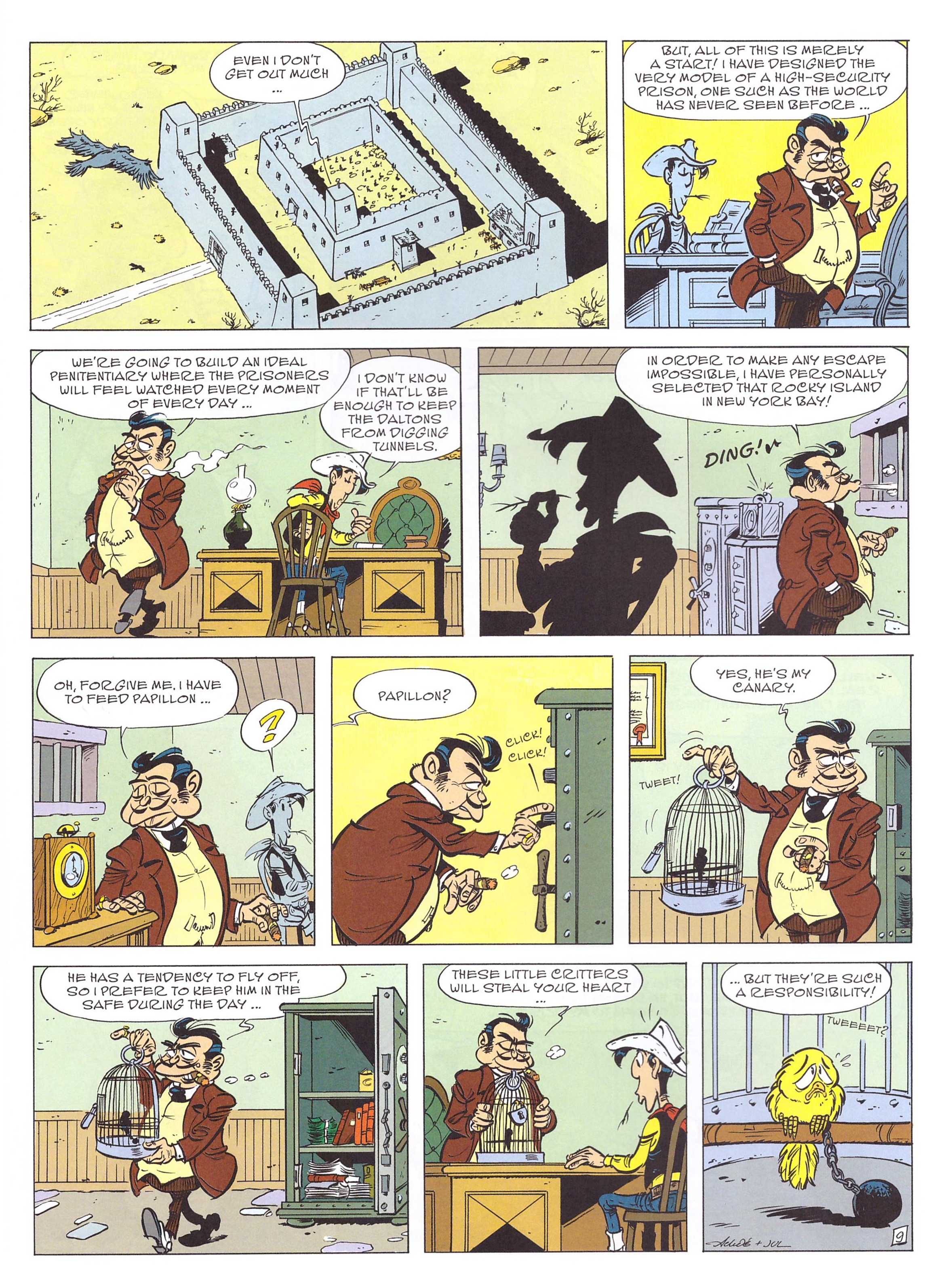 While not every previous Lucky Luke album has been translated, Cinebook are now able to arrange the simultaneous English language publication of new albums as they’re issued in Europe, and as of 2018 A Cowboy in Paris was the most recent. It creatively contrasts the symbol of liberty with a man obsessed with confinement.

In a good opening sequence we see Auguste Bartholdi touring the USA with the Statue of Liberty’s arm holding the torch of freedom, mistaken as the sign of an ice cream salesman by the Daltons. They’re on their way to new jail run by the super efficient Abraham Locker, a man with a dream of building a maximum security prison on a small New York island. What drives him into a rage is that pesky Bartholdi wanting to situate his statue there, a gift from France to celebrate the centennial of US independence.

Writer Jul (Julien Berjeaut) has adapted well to the Lucky Luke formula of repeated attempts by one influential party to derail a project that will benefit the majority, and he’s confident enough in his gag ratio not to have to conceal the culprit. Luke is eventually sent to Paris to escort the remainder of the statue safely to New York, switching the focus of the jokes to a man out of place as a cowboy in France.

Since the death of series creator Morris, Achdé (Hervé Darmenton) has drawn Lucky Luke, his busy art never straying far from the established style, as acknowledged on the cover, so every album looks as we expect it to. It is extremely disappointing, if only for one panel, to see reliance on a racist caricature of Chinese person in a 2018 publication. How is this in any way acceptable in France? It’s not mitigated by the later presentation of some French stereotypes.

That blot aside, Jul and Achdé pack the story with a wealth of small passing gags to be picked up on: historical references, a ship’s captain with an inventive vocabulary, the French relation of the familiar Lucky Luke undertaker, and plenty of Luke’s own past and future is noted. A desire to include French celebrities and landmarks of the era leads to the stay in Paris being very bitty, meaning the first half of A Cowboy in Paris is stronger than the second, but even taking that into account there are enough laughs to keep most Lucky Luke fans happy. 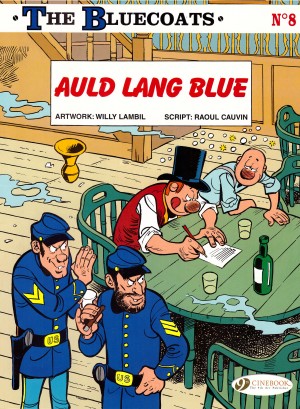