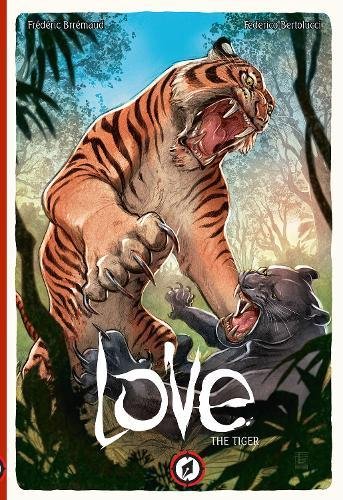 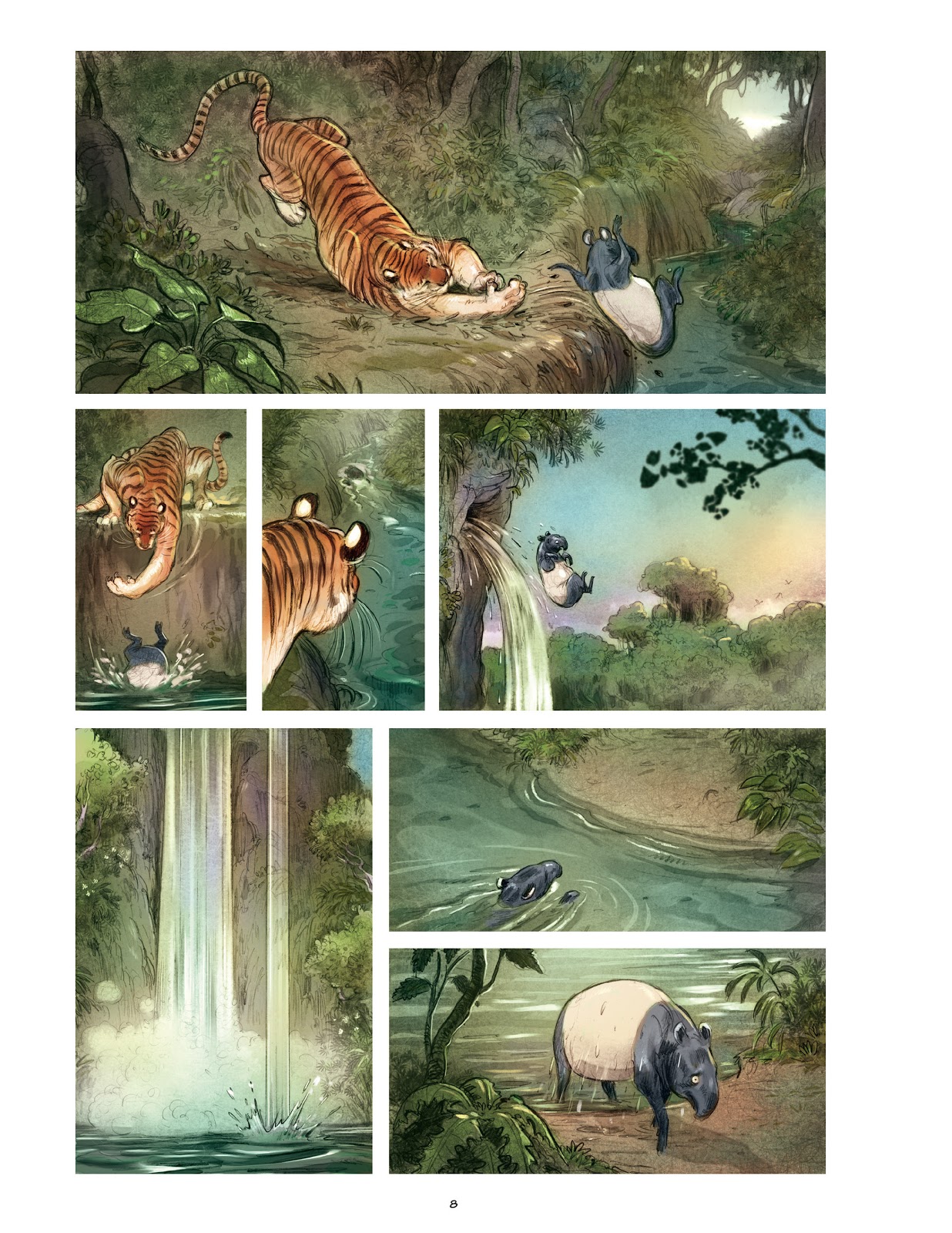 Love is the oddly chosen title for a series of graphic novels looking at a day in the lives of assorted animals. It’s justified on the title page with an explanation that in the animal kingdom there is no love or hate, just a supreme balance that can be considered universal or divine, an elemental love that mankind can never experience. The logic is questionable, but can be ignored because what Frédéric Brrémaud and Federico Bertolucci produce is an artistic and educational treat.

For reasons possibly known to French readers, Brrémaud adds an extra ‘r’ to his given name for professional credits, and imagines a day in the life of a tiger in this instance. It’s largely realistic, but prioritises drama above actuality when it comes to the crunch, ignoring large periods of inactivity to compress action into the pages as the tiger encounters more species in a single day than it would real life. It might be thought that beyond humans with guns there was little in Asia that could threaten a tiger, the world’s largest cat after all, but Brrémaud proves that’s not the case with a series of dangerous encounters as the tiger goes on the hunt for food.

These are all beautifully drawn by Federico Bertolucci in a wordless graphic novel giving the art a greater opportunity than usual to shine. He provides lush jungle and forest scenery both dry and wet, and a great skill is drawing animals that move realistically, twisted about for combat. The only step away from realism occurs with regard to the tiger’s primary prey, a tapir sometimes given a Disneyesque comedy expression of fear.

As the tiger continues stalking its prey Brrémaud and Bertolucci show the diversity of other life in the area, ranging from large creatures to insects going about their business, giving us the Tiger’s complete environment. An interesting touch occurs right at the end, when a human is seen, yet one that’s timeless. They could exist a century ago, or be someone now living an isolated and simple life. It’s a reminder of how long creatures survived before humanity’s encroachment.

Gorgeous and instructive, The Tiger is ideal for anyone who loves a nature documentary, and is followed by The Fox. 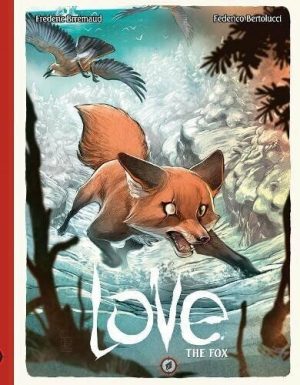 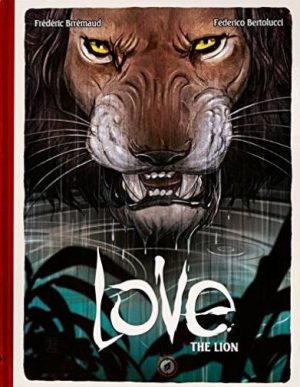 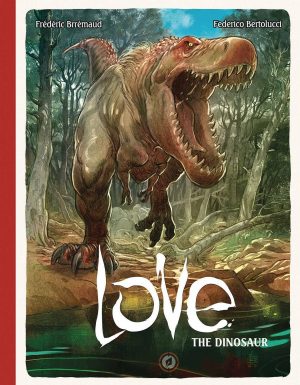 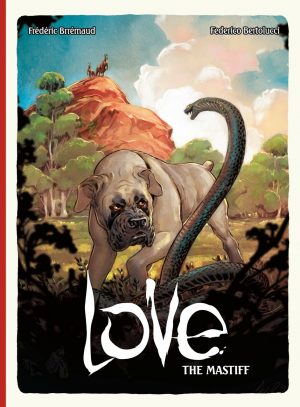