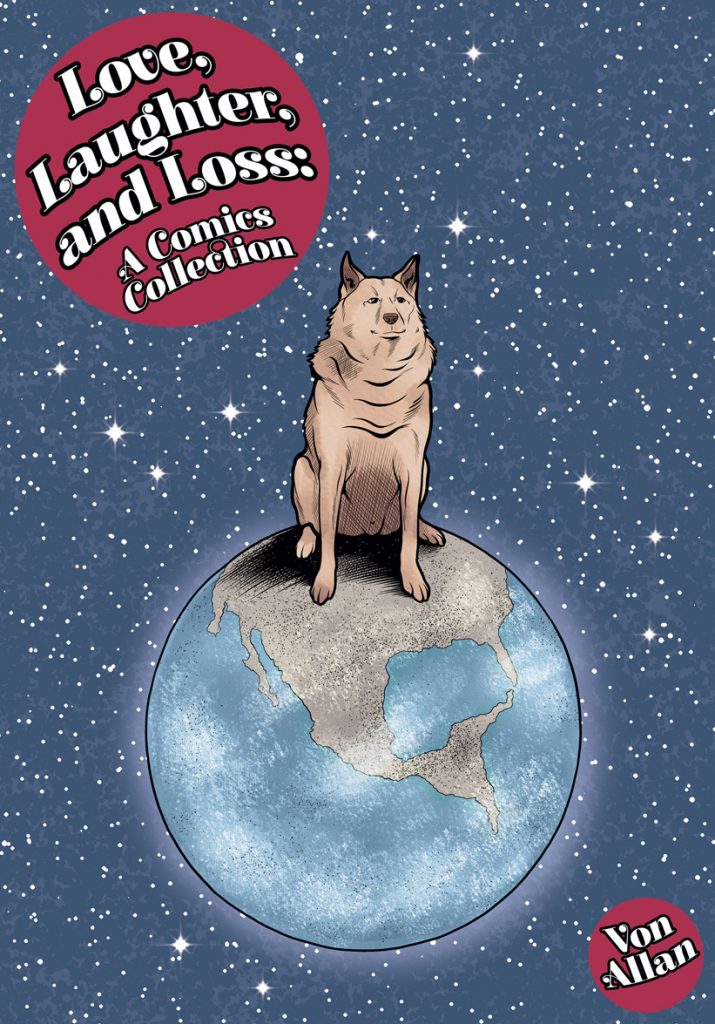 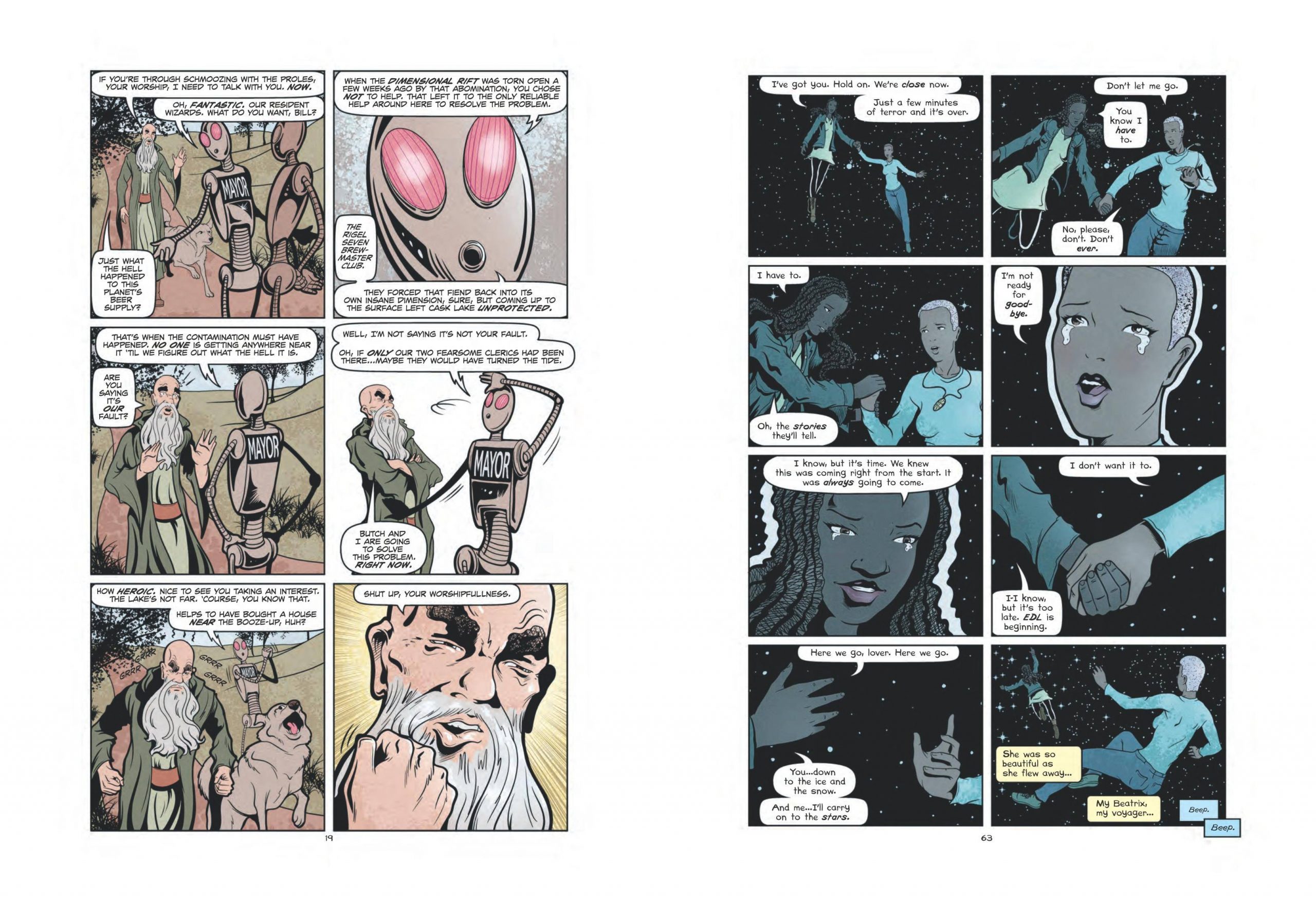 Von Allan’s title has it about right in describing the broad emotional range of the nine short stories he supplies.

We’re first introduced to sorcerer clerics Bill and Butch. Bill’s the more traditional looking fantasy type, being tall, thin, bald and robed, while Butch is his talking dog companion. Rather than have them operating in a traditional fantasy world, though, Allan sweetens the pot by mixing in science-fiction elements, ranging from holographic projectors to robots who’re on loan from Russ Manning. As established in their opener, whatever competence Bill and Butch may have is fatally compromised by their accompanying cowardice, and while it’s not the defining factor of their subsequent appearances, it certainly plays a part.

By the time three stories have been read, Bill and Butch will have ingrained themselves, and there’ll be an initial disappointment that they’re not seen again. Never mind, because Allan has enough other ideas to fill the pages of this appealing collection, and Bill and Butch only cover the title’s laughter portion. The variety of mood and tone elevates the remainder, and in turning the page to a new piece there’s never any certainty of what you’ll be reading. Even within a single story Allan will pull the rug from expectations, a technique used very effectively in ‘When I Find you Again it Will be in Mountains’. Until the surprise it seems to be the most ordinary of the selection, extending a theme too far, without the visual distractions being enough to disguise it, but that’s not the case at all.

Allan is an emotionally intuitive artist embedding his characters in varied locations in decorative fashion. The slight caveat is that all too often there’s not enough weight to them, and they seem to be floating on the page when they should be on firm ground. He draws a nice dog though, and an informative afterword should be taken as inspirational, proving that to draw comics you don’t have to have had a pencil in your hand every day from the age of three.

The short story is an under-rated form, instilling a discipline. Each requires a full dose of plot, personality, action and surprise in a limited number of pages, and supplying that as comics is more difficult than prose, yet Allan scores with every story here. Be warned, the final story is a real tearjerker, but before then we’ve had everything promised by the title, plus a lot more besides in a captivating showcase for Allan’s talent.