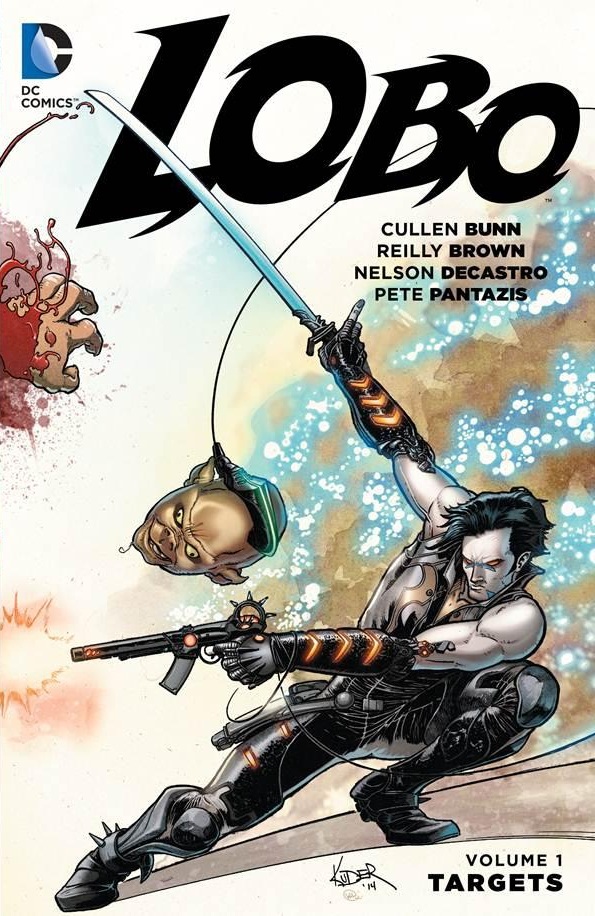 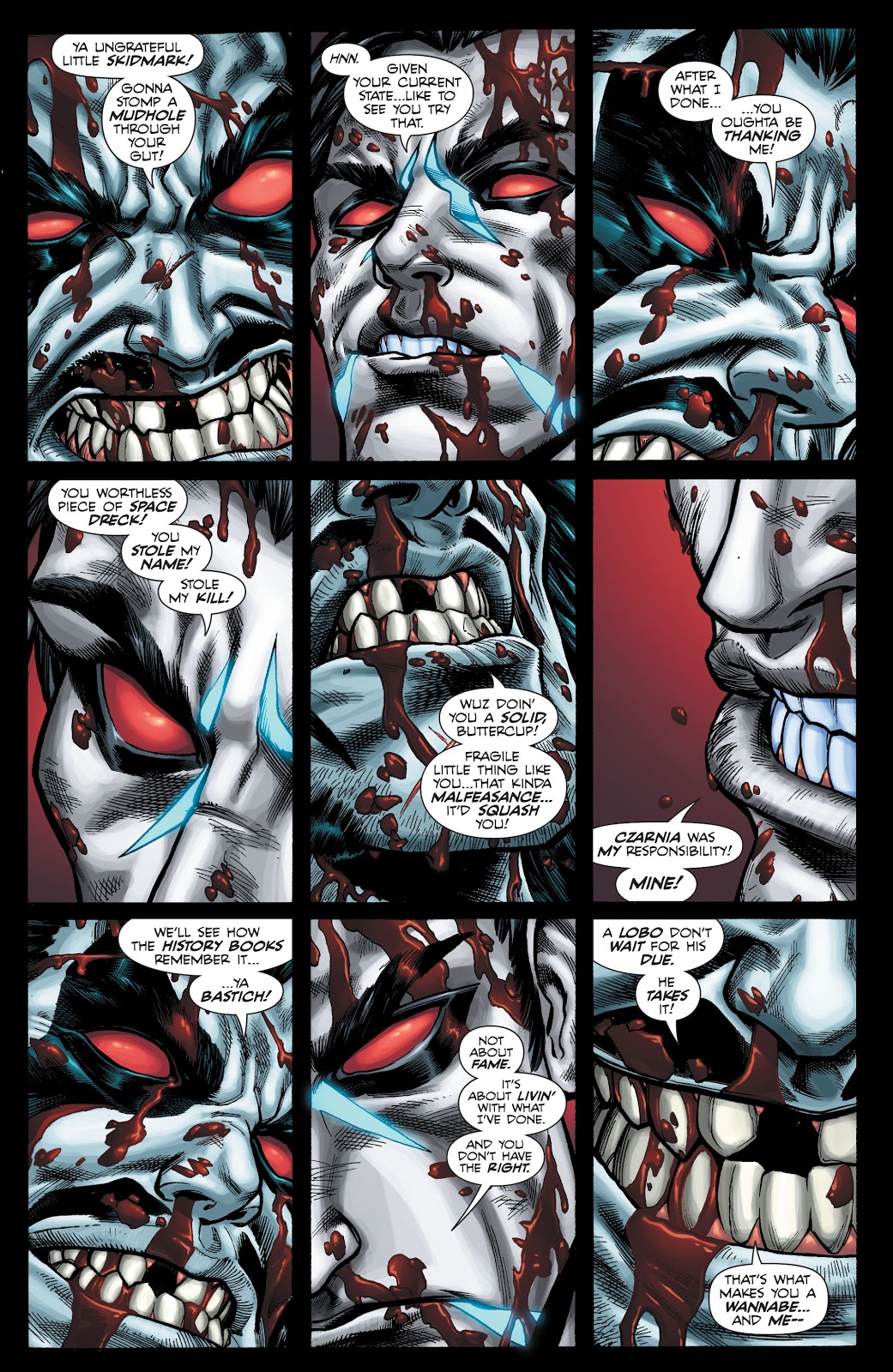 Based on Reilly Brown’s sample art, you’d think anyone worried that DC’s ‘New 52’ version of Lobo would prove too great a departure from the savage bounty hunter who rampaged through DC’s 1990s catalogue might feel they can calm their jets. They’d be in for a shock on turning the page, down to a clever piece of plotting from Cullen Bunn. It’s a twist to hold onto as very little of what follows displays much in the way of originality or imagination.

The 1980s/1990s Lobo may have been a limited joke, an amoral unstoppable assassin with a biker’s personality, but for what he was, he worked just fine within comedy action thriller plots. This rebooted Lobo has been given a makeover. Instead of relishing his being the Last Czarnian because he destroyed his planet and everyone on it, he’s having guilty nightmares, and instead of the hairy biker look he’s been redesigned as Brandon Flowers with eyeliner. Beyond that, when we first meet him, this Lobo’s sitting in a jail cell. Who the hell could jail the old Lobo? He’s freed on the condition he track down and kill eight top assassins who’re all hunting the same target. When it comes to these Bunn’s overplayed his hand. Better to have settled on fewer of them and given Lobo a harder time. Better also to have dispensed with the smug and pointless supporting cast.

Reilly Brown is a good artist, but not good enough that his designs and layouts draw attention away from the writing problems. He doesn’t give the assorted assassins the necessary gravitas, and so they come across as so much cannon fodder (which they are), and he also seems to have had problems with deadlines, as by the middle of the book other artists are filling in, and by the final chapter Cliff Richards is the artist in residence. He’s obviously working in a hurry here, but has the chance to show what he can to in the following Beware His Might.

If the timidity of the makeover wasn’t enough, Bunn’s plot proves to be deeply embedded with the idea that Lobo destroyed his planet, leading to multiple melodramatic scenes of Lobo and his true love back home having irreconcilable relationship problems. Is this really what readers want from Lobo stories? Only the final assassin provides any real problem for Lobo, some having been dispatched in a couple of pages, and by the end of the book he’s been tantalised with some information that may absolve him of his greatest crime. Do we care? 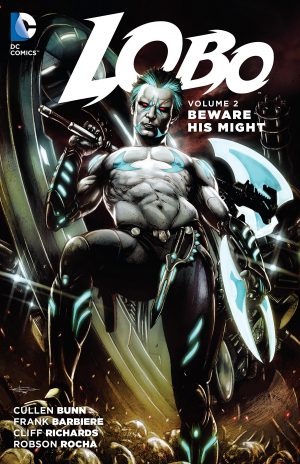