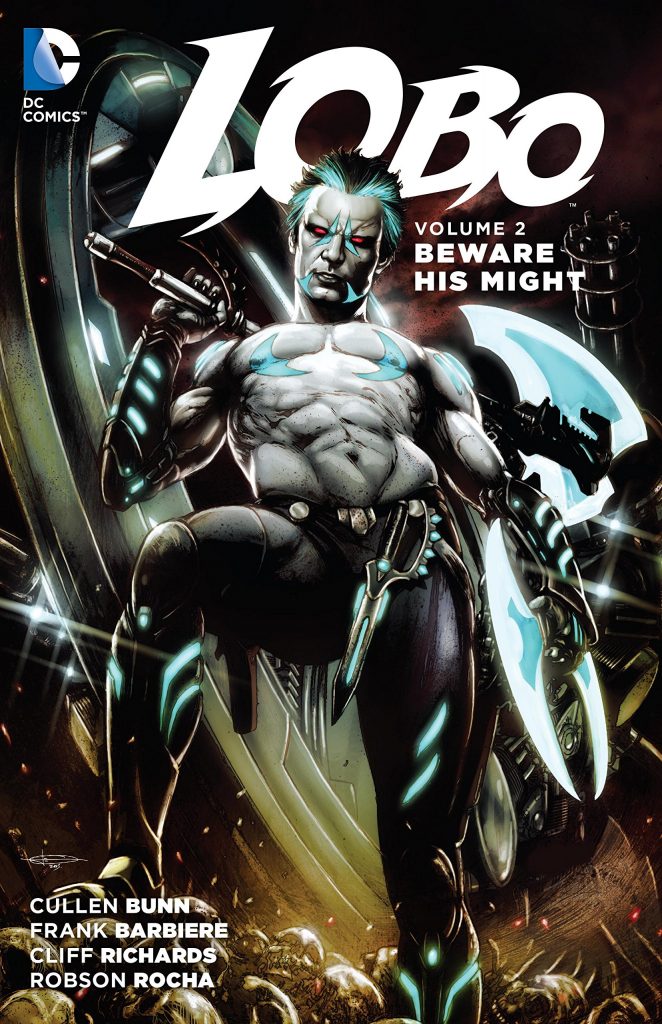 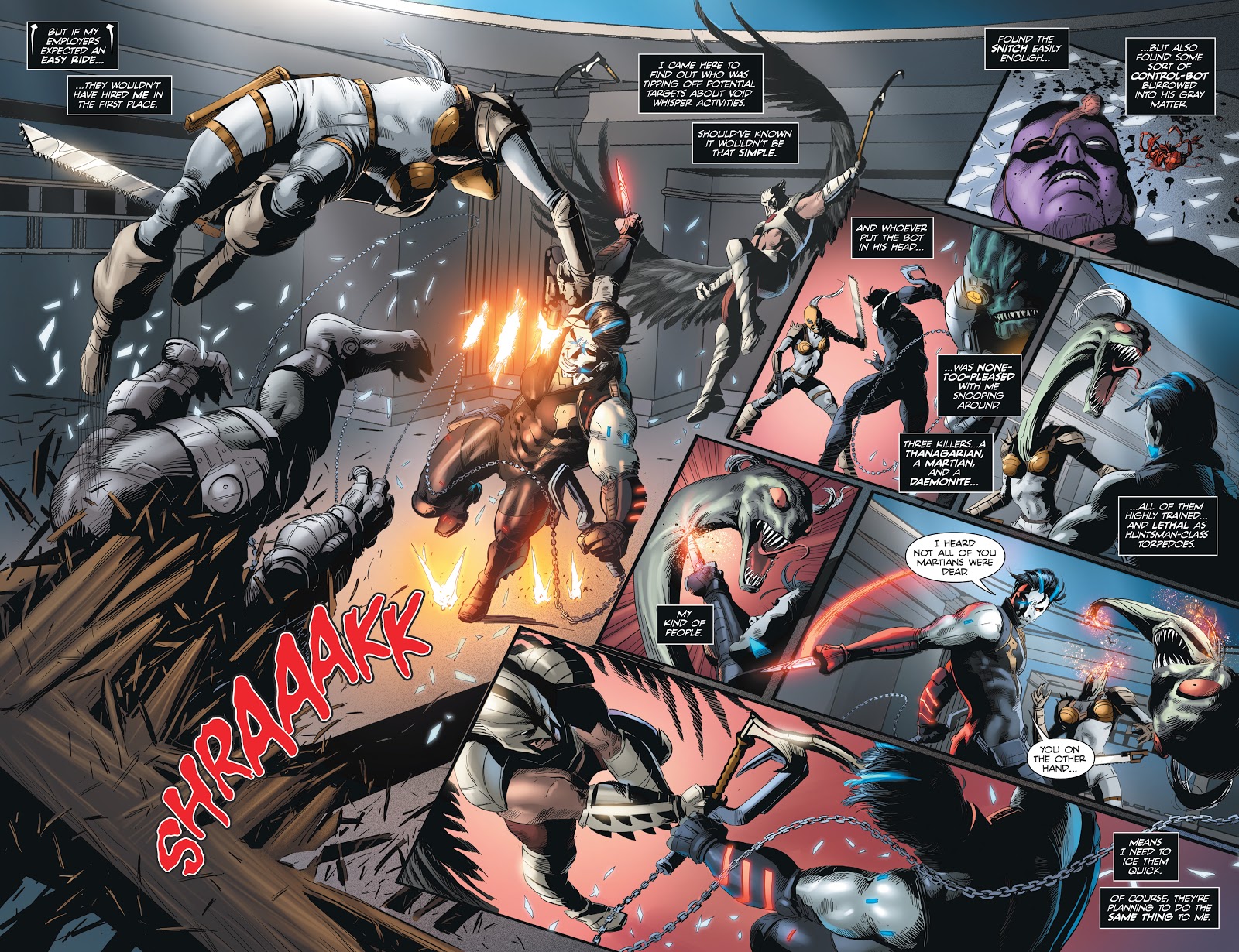 We can only speculate, but presumably the editorial remit for rebooting Lobo was that the old (popular) version was too nihilistic to chime with more sensitive times, and in order to rectify that some conscience was required. What were they thinking? See the recommended graphic novels below for proof that when on form Cullen Bunn is a decent writer. You’d not know that from his going through the motions work on the previous Targets. Maybe he thought the editorially conceived new version of Lobo was a mistake, but there was no spirited attempt to work with what he’d been given. Will Beware His Might be any different?

No. It’s actually worse. This new Lobo really takes some getting used to as he’s so deficient, a plotter and a schemer explaining his every move through narrative captions instead of the guy who just goes in guns blasting because he’s the biggest bastich there is. Over the opening chapters Bunn’s alternative just comes across a means of marking time, a feeling accentuated by his running very similar plots over the first two episodes, each having Lobo seemingly coerced into working for a very powerful woman.

The art is slightly more interesting, with Cliff Richards providing the sample spread. You know what you’re getting with Richards, solid storytelling and dynamic action, and he doesn’t disappoint. It’s interesting to see Szymon Kudranski working in a simpler style than his usual precision, but it’s not as appealing, and Robson Rocha draws some fine action scenes as well.

Frank Barbiere’s credit is for dialoguing a chapter, but he’s not involved in the plotting. If he’s any sense he’d want to distance himself anyway. By the end, Bunn’s changed his mind again, and Lobo’s working for someone else, his third boss in four chapters if you’re keeping count. This follows a battle with the Yellow Lanterns. Beware My Might is a mess, and it’s a mess that finishes with a cliffhanger ending never resolved in book form. DC solicited a third Bunn collection titled Paid in Blood, but never actually published it. If you really want to know what happened next, copies of Lobo 10-13 are easily located online. More fool you if you pay for them.