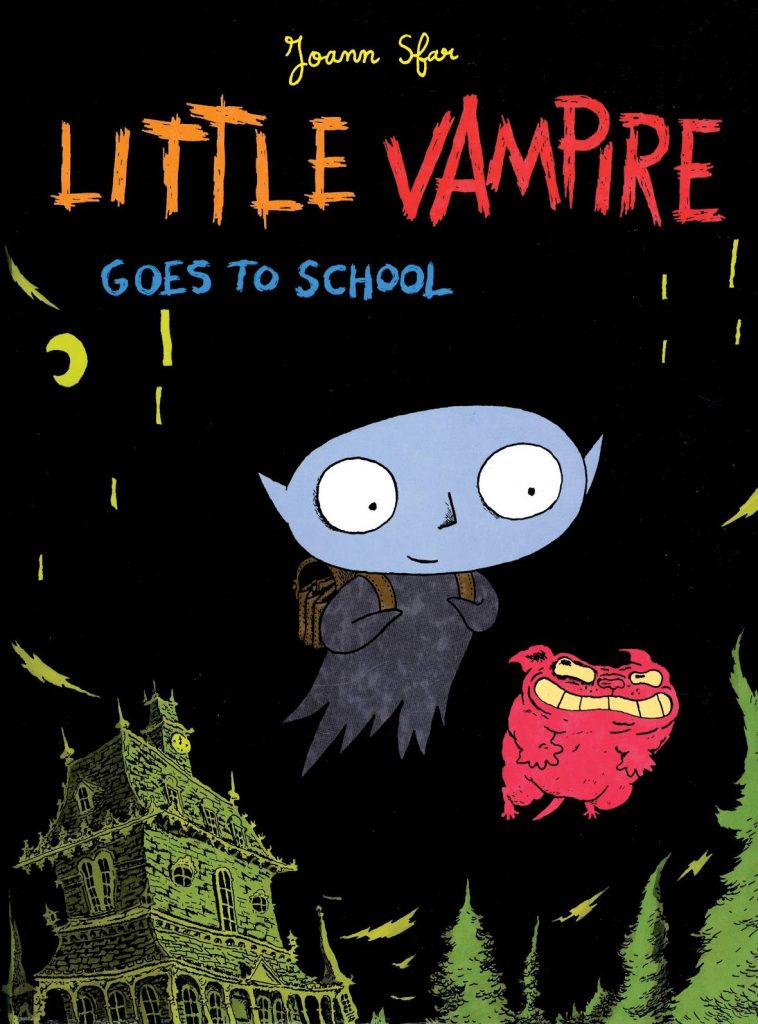 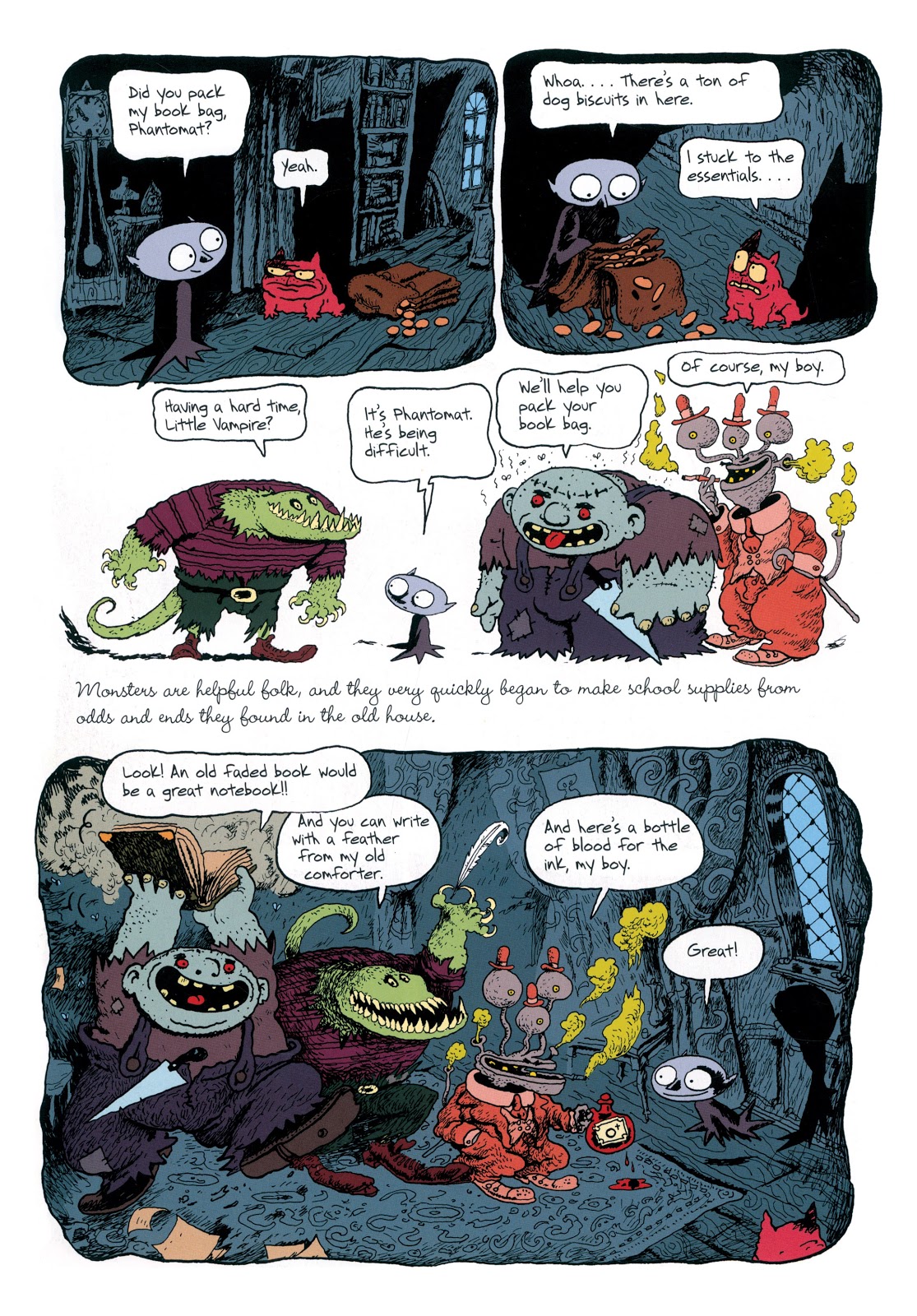 All the other monsters and ghouls think it strange that the Little Vampire wants to go to school, but credit to them, they’re prepared to indulge him and help him out. Unfortunately, everyone has overlooked that kids go to school during the day, and vampires only come out at night.

The way Joann Sfar builds up to and delivers this obvious joke is an absolute delight, perfectly paced and expertly sold. Even more charming is the way the Little Vampire circumvents the problem and the relationship that develops from it.

Because Sfar always uses a friendly cartoon style, there can be confusion over which of his projects are aimed at youngsters and which have a more adult outlook, but Little Vampire is all-ages all the way, complete with warnings in the text about not imitating Little Vampire’s activities at home. There are just enough monsters to provide a slight shiver down the spine for a young audience, but Sfar draws them as cheery and goofy, so minimising the scare factor. At the end of the day the Little Vampire’s flying dog Phantomat is about the scariest creature in the book.

Everything about Little Vampire Goes to School is pitched just right. The illustration captivates, the story touches have a real humanity about them and there’s even the traditional children’s book moral at the end. Plus the brief story is presented in a nice hardcover format. Little Vampire Does Kung-Fu follows, or alternatively both of them can be found in 2007’s Little Vampire collection along with a third story only available in English in that collection. Sfar produced four further books, so let’s hope that his 2020 filmed version hastens their English translation. 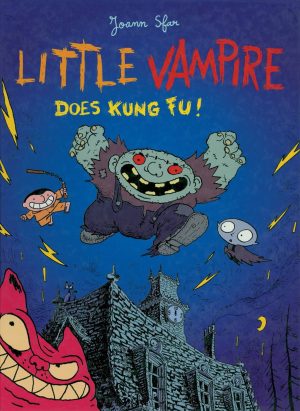