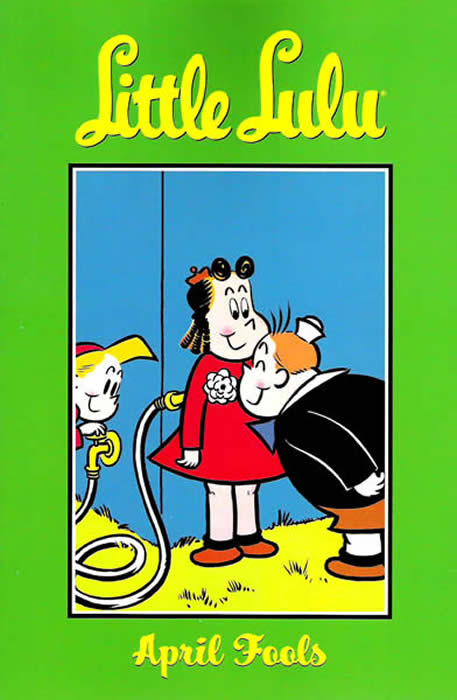 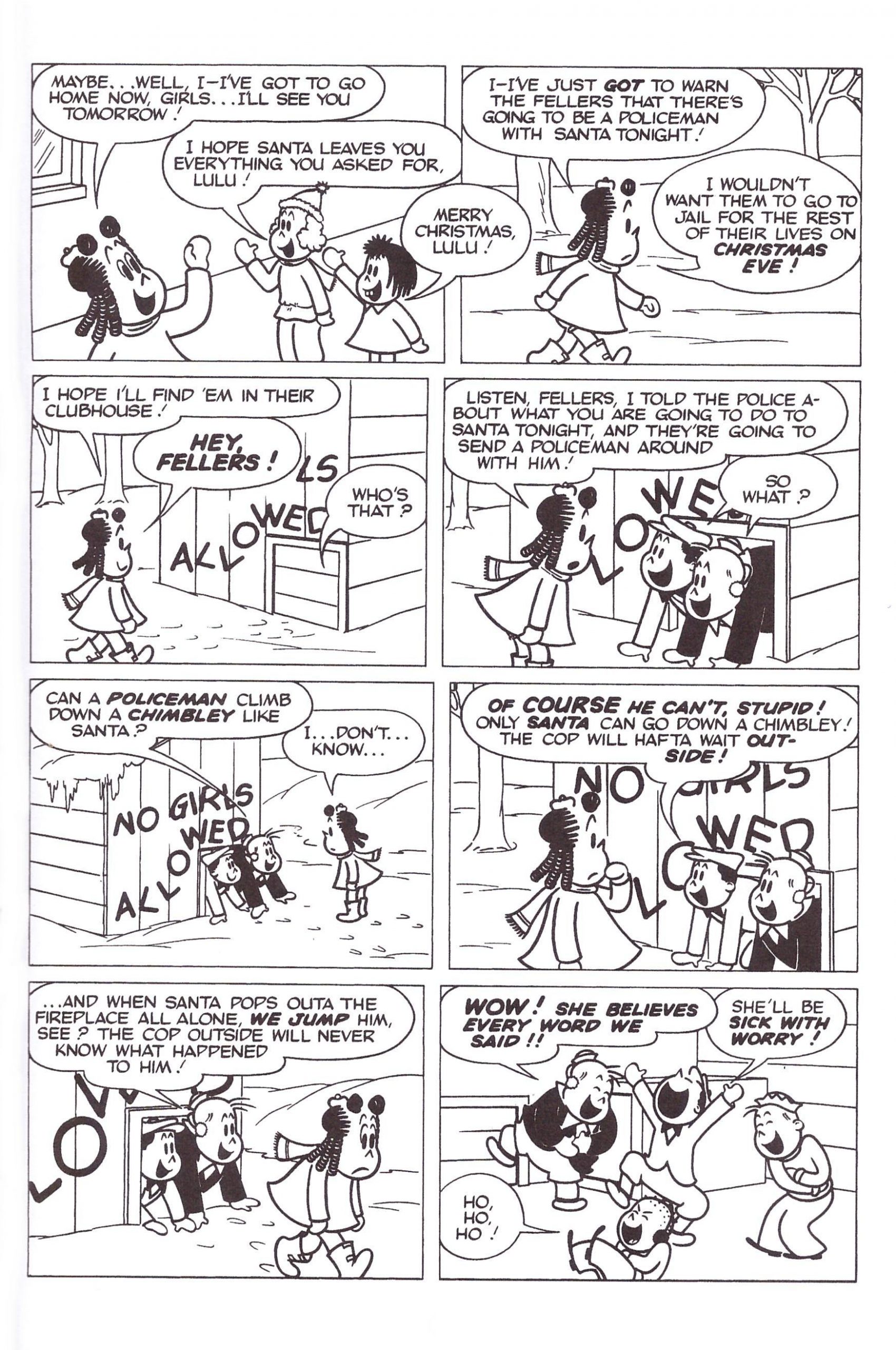 By 1952 John Stanley was a well-oiled creative machine when it came to producing one great Little Lulu story after another. Despite having a selection of standby scenarios to fall back on, he didn’t overuse them, and constantly provided imaginative new situations to test Lulu’s tenacious and caring personality.

Despite the April Fools title, this selection begins with a Christmas story exemplifying the wonderful twisting complications Stanley weaves. We’re let in on Tubby and the boys playing a trick, telling Lulu and her friends that they plan to trap Santa and steal all the toys he’s carrying for themselves. Lulu is appalled, and although the police promise to send someone to watch Tubby’s house, she wouldn’t want him to be jailed, and decides she’d also better watch Tubby’s house and warn Santa before he’s ambushed. Stanley’s plot never lets on that Santa doesn’t exist for younger readers, but clever dialogue enables people to work out what really happens. It’s brilliantly plotted farce, and Stanley repeats the trick again and again. When it comes, the ‘April Fools’ strip is an equal joy, with rich kid Wilbur dressing as a girl to fool Lulu and her friends. Or not.

As ever, Stanley lays the strips out for Irving Tripp, and it’s surprising to learn in the text appreciation found in later reprint Little Lulu: Working Girl that Stanley was apparently no fan of Tripp’s art, commenting that there wasn’t enough movement. Once it’s pointed out, it can be seen, but it’s also harsh criticism of what are beautifully drawn panels that tell the stories and sell the cast and the jokes, just not perhaps in exactly the way Stanley envisaged.

Of the regular expectations, Witch Hazel appears twice in stories told to Alvin, the fearsome West Side Gang again take over the boys’ clubhouse, Truant officer McNabbem again wrongly chases Lulu, and Tubby again has to become the Spider to uncover Mr. Moppet’s false accusations. There’s also a trial run for a later success as Tubby’s smaller cousin Jefferson pays a visit. He’s not quite the reduced size doppelganger of the later Chubby, but treated just as poorly.

Many online sites feature this volume with a purple cover, but the actual book was released with a green design. These pocket sized black and white reprints continue with Leave it to Lulu. 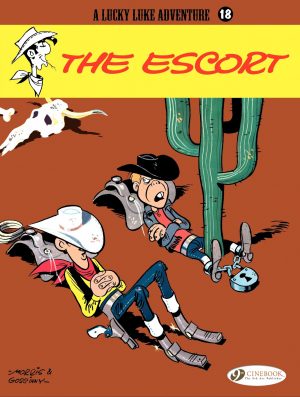