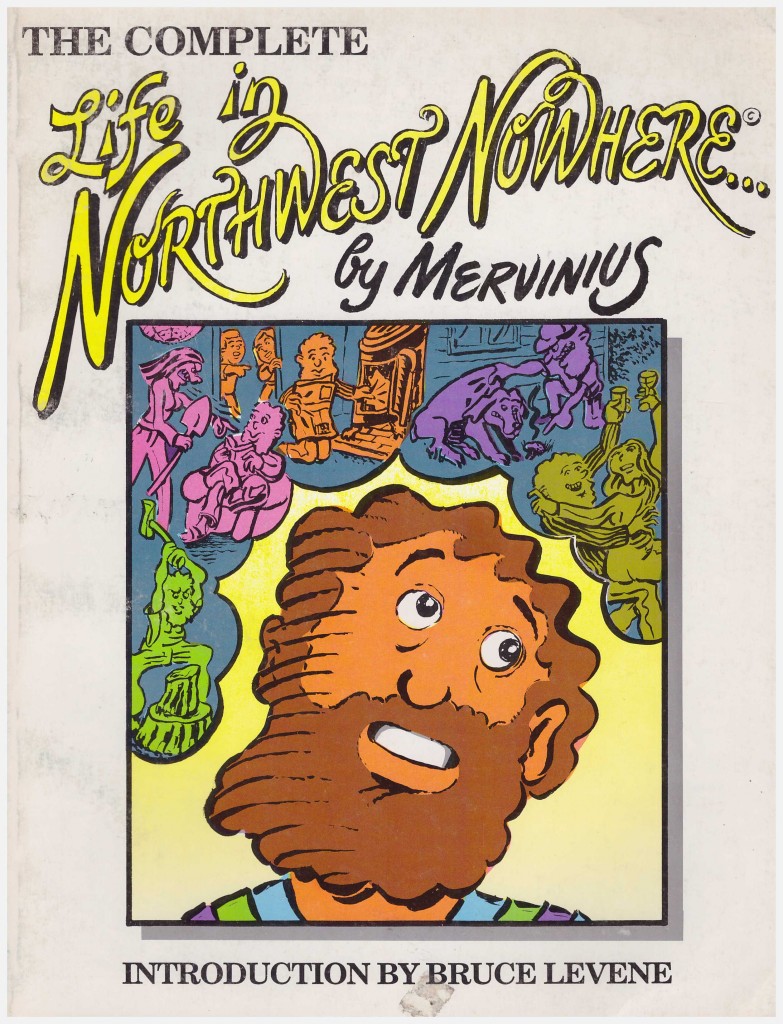 The most interesting aspect of Life in Northwest Nowhere is the strip’s origin. Mervin Gilbert contributed a few strips to early 1970s underground comics before moving to a rural hippy community in Northern California. The community flourished as people learned to fend for themselves without the back-up of established facilities, and eventually published The Mendocino Review, a regular newspaper. Crediting himself as Mervinus, Gilbert began submitting strips to the newspaper detailing his everyday life, and the problems faced by many in the area.

As a record it surely has some charm for those depicted, but as any form of successful strip it lacks polish. Gilbert’s stand-in is Hector, perma-bearded, genial and well-intentioned, but definitely one for the quiet life. This leads to some minor domestic tiffs, and very occasionally there’s a pithy comment, but to arrive at it requires wading through page after page of universal material. The car breaks down, or there’s the contrast of the hippy principles with the comforts they forgo. Tapping the motherlode of universal appeal, of course, is the basis of comedy success, but that also requires making people laugh, and there’s little here that does so.

The strip’s earliest days are 1975. Gilbert’s cartooning began as the work of an earnest amateur, his sketchy people loose, wobbly creations covered in randomly applied ben-day overlays and occasionally squashed into panel borders by word balloons filled to capacity. Over a decade and 150 pages later it hadn’t improved in any appreciable fashion.

Very much an example of you had to be there.