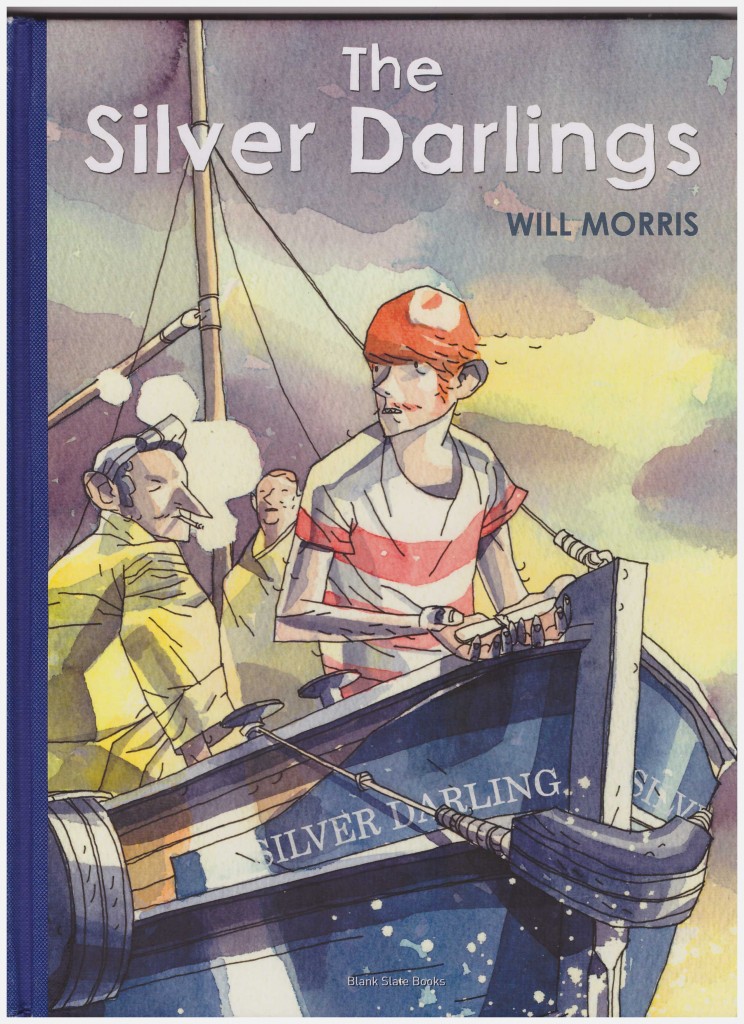 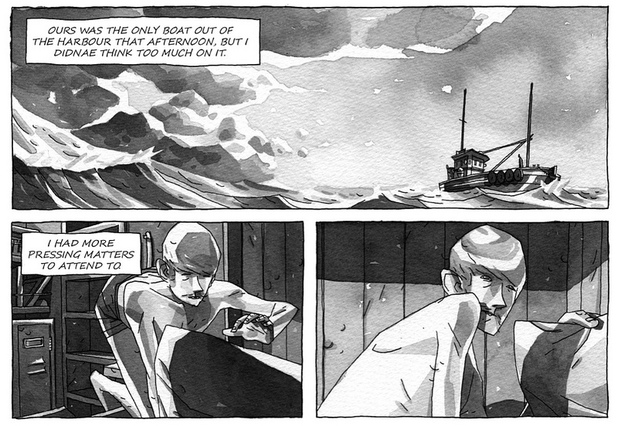 It’s safe to say that Will Morris has broken new ground by selecting herring fishing as the topic for his début graphic novel, as Danny spends the summer on his father’s fishing boat determined to reveal ages-old superstitions as hogwash.

Choosing 1967 as the setting instantly evokes the seismic changes overwhelming British society at the time, yet equally placing events among the fishing communities of the Clyde estuary is a reminder that far more than 400 miles separated Ayrshire from London. This was a seemingly timeless community where change occurred very slowly indeed. In fact change was coming, represented by Danny, his interest in polaroid photography and his departure to college at the summer’s end, unstatedly drawing a line under the family business.

This is a charming pastoral tale detailing a seemingly timeless existence that sustained communities for centuries, yet which would be all-but wiped out within two decades. Danny considers himself above the irrational beliefs considered to affect the catch: green objects on board, permitting a woman on board, calling a salmon by its actual name, yet Danny learns there’s more to life than his convictions.

The majority of the story occurs at sea, and Morris’ jagged cast totter about their small boat, which when pictured from a distance in isolation highlights the frailty of their day to day existence. His grey wash illustrations all-but splash the sea-spray in your face.

Both the artistic talent on display and the choice of subject matter mark Will Morris out as someone who has great work within. The Silver Darlings isn’t that work, but it’s a remarkable introduction.