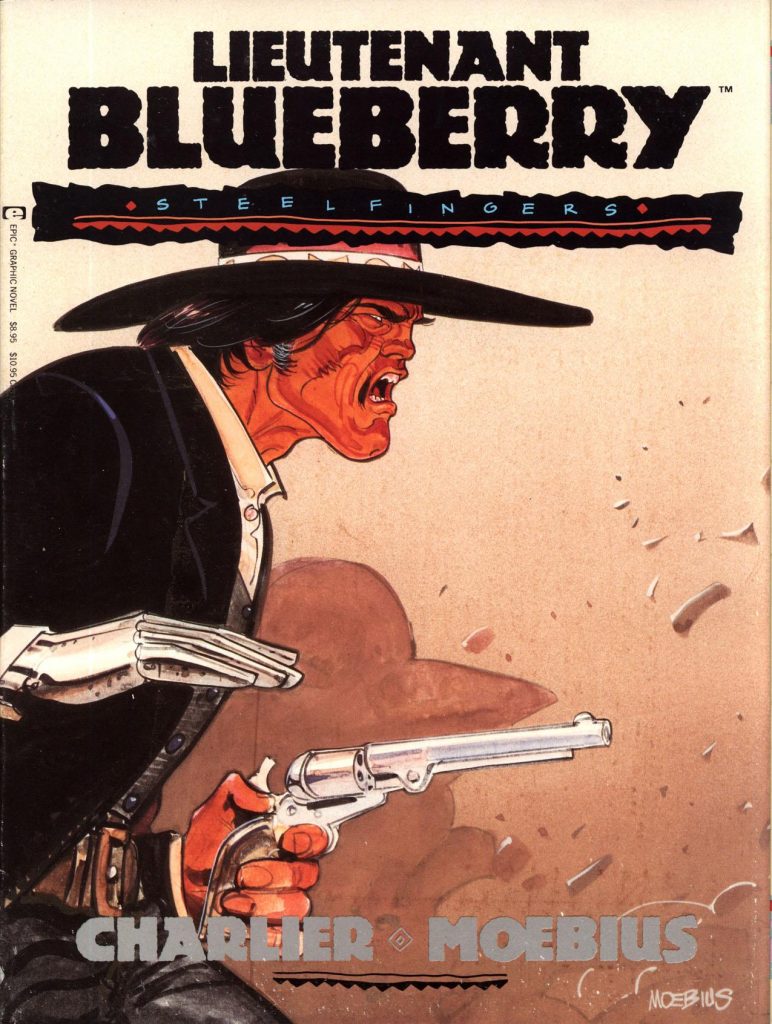 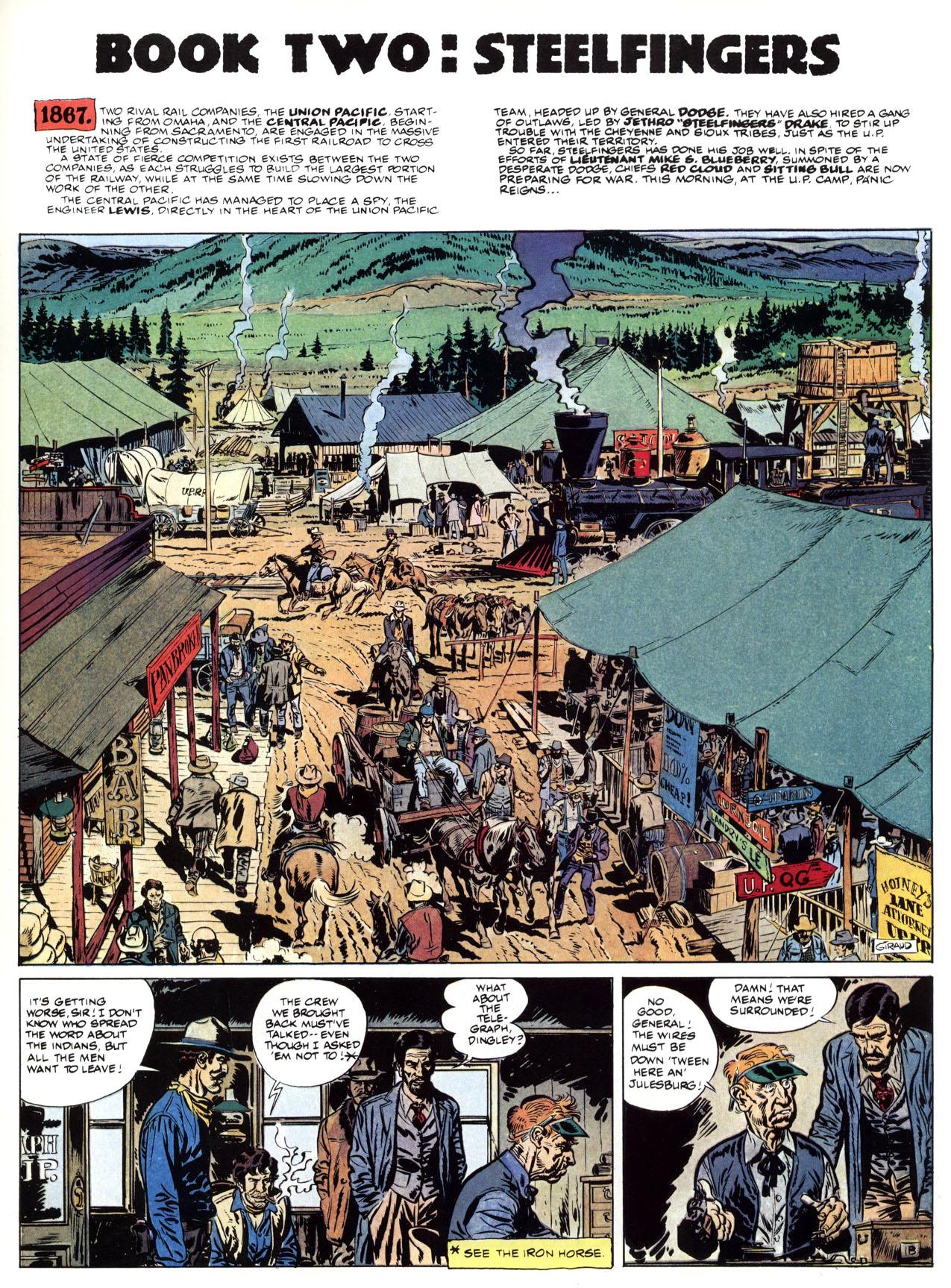 A superbly drawn opening panel sets the scene as Jean Giraud’s great imagination supplies how a railway building community looked in 1867 when the Union Pacific was attempting to build from east to west across the USA. It’s a complete contrast to the looser cover portrait supplied under his Moebius identity. Giraud puts in an immense amount of work on every page, and it’s no surprise that he eventually needed to change his approach to Blueberry, but here it looks fantastic. He considers the scenery, and it’s not just the splash page where he pulls out all the stops. Many internal pages are equally decorative, and yet it’s all in service to the story. Setting up Jean-Michel Charlier’s plot requires a lot of dialogue, but Giraud ensures space among the detail, and when pages of people talking are required, he makes those look interesting also.

As already seen in The Iron Horse, Steelfingers is a superbly slimy villain, if a little fanciful for the era with his steel hand. By the mid 1960s Charlier was increasingly influenced by the so called ‘Spaghetti Westerns’ widely circulated in European cinemas long before their US screenings, and they featured similarly colourful characters. Blueberry had always been his own man, but he became more iconoclastic during this series of stories, altogether wilder. Charlier’s plotting is superb, and an instructive lesson in how to perpetuate tension in what was originally a serialised story. Both here and in later work, well plotted and entirely logical misunderstandings cause no end of trouble, not least the opening scene of the railway camp surrounded by hostile Cheyenne and Sioux. They’ve been manipulated into believing Blueberry lured them into a trap, and were already angry at the senseless slaughter of buffalo in the area.

Given the railway being the focus of the story, it’s only logical that the passage of a train is the central staged moment. Charlier lets us know it will be attacked, and we see the villains making their preparations, but he also shows us the counter-plot, prompted by Blueberry’s natural caution. For all the suspense of the anticipation, the pay-off is thrilling, occupying almost the entire final third of the book.

Having published the first two episodes as individual albums, the Epic and Titan editions combine the final two chapters as General Golden Mane.