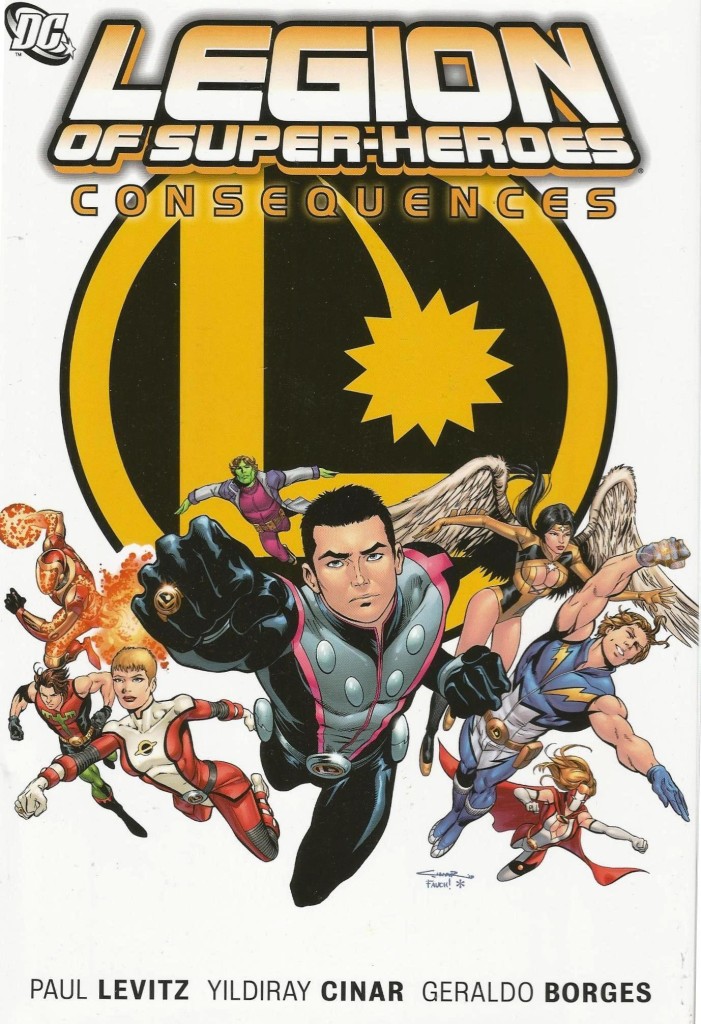 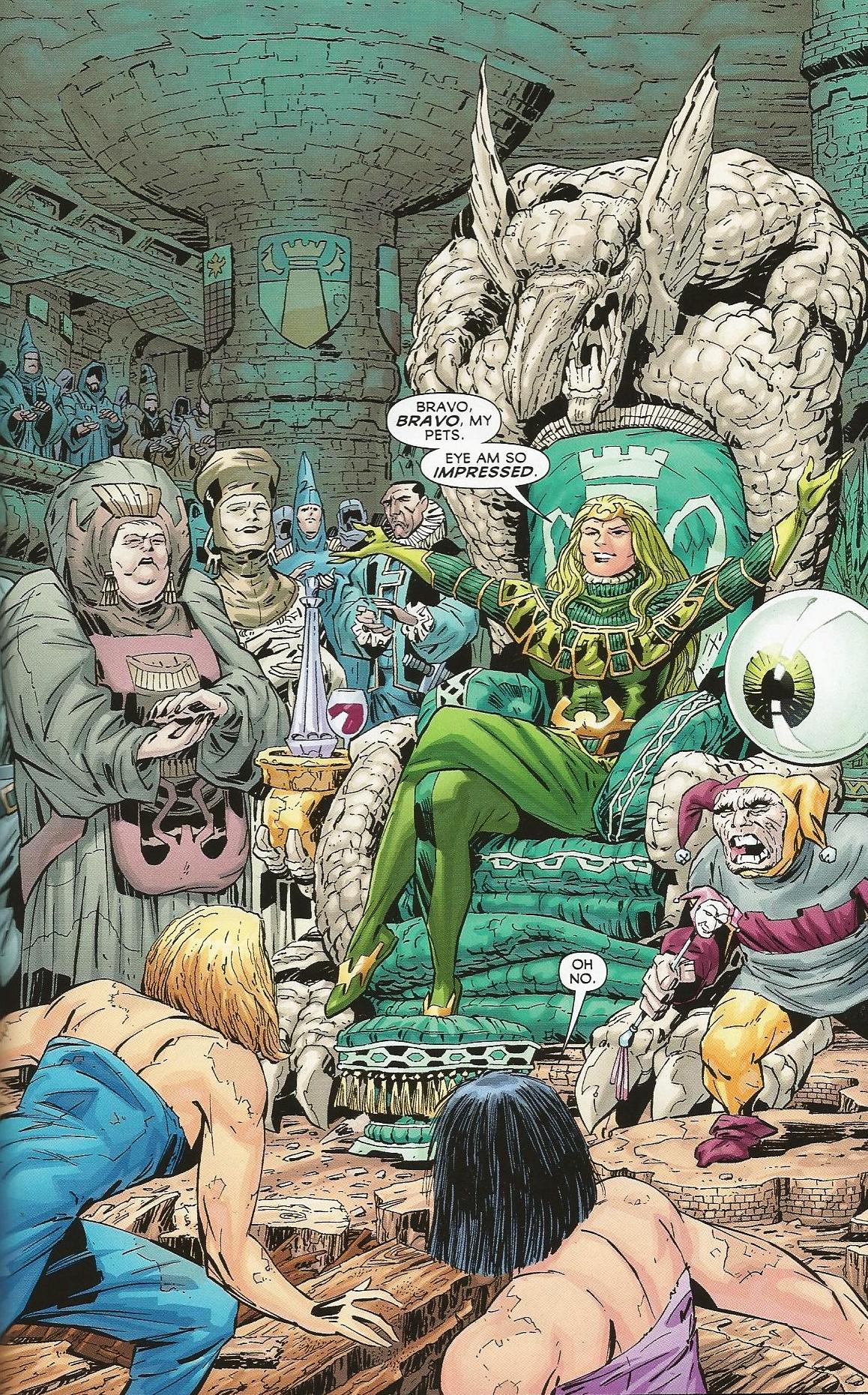 This opens with a stand-alone story presenting a new incarnation of a classic Legion villain, the Emerald Empress, as the mystical Emerald Eye of Ekron is discovered by an abused and injured fleeing slave, who promptly uses its powers to wreak havoc, first upon her abusers, and then upon the entire world of Orando.

Lightning Lass and Shrinking Violet, on a romantic vacation, are caught in the new Empress’ schemes, and presently other Legionnaires are drawn in – Gates, Sun Boy, and, of course, Sensor Girl, alias Projectra, absentee monarch of Orando and the executioner of the Eye’s former host.

For this extra-length story, writer Paul Levitz is reunited with Keith Giffen, his collaborator from the Legion’s commercial heyday of the 1980s and 1990s. While neither party is what they were, they bring out the best in each other. Levitz’s hitherto flaccid storytelling in The Choice is now taut and focussed, while Giffen’s grubby, chubby Kirby ripoffs are reminiscent of Darkseid’s Apokalips, giving an appropriately grandiose yet nihilistic tone to the backdrop and incidental characters. At story’s end, Projectra elects to remain on Orando to heal the damage done by the Empress, and the team loses another of its more interesting members – though admittedly not one Levitz had done much with this time round. A question over the disposition of the Emerald Eye, like so many dangling subplots from this series, is teased but never resolved.

Meanwhile, back in the main continuity… Oh dear.

Earth-Man is still around, allegedly seeking atonement for being a psychotic racist mass-murderer, in the most bananas Community Service sentence ever; flying foetus Dyogene is still seeking out Green Lanterns, ignoring qualified and heroic candidates for never adequately explained reasons; and Brainiac 5 begins to have suspicions about the enigmatic and irksome Harmonia Li. Added to these protracted yet unsatisfactory subplots is a conspiracy of Durlan shapeshifters seeking vengeance for the death of R. J. Brande, resulting in the demise of someone close to the Legion. The Durlan assassins subplot is actually the more enjoyable, as it results in at least borderline competent superheroics, whereas Levitz, having started the ball rolling with the other storylines, seems not to have much clue where to take them.

Most of this volume is filler, apart from the Emerald Empress story. The writer evidently doesn’t much care, and although Yilidray Cinar’s pencils are still spectacular, the deadline pressure was telling. The occasional fill-ins seen previously become more frequent, and only a little under half this volume was actually drawn by the ‘regular’ series artist.

The dangling storylines continue into When Evil Calls.