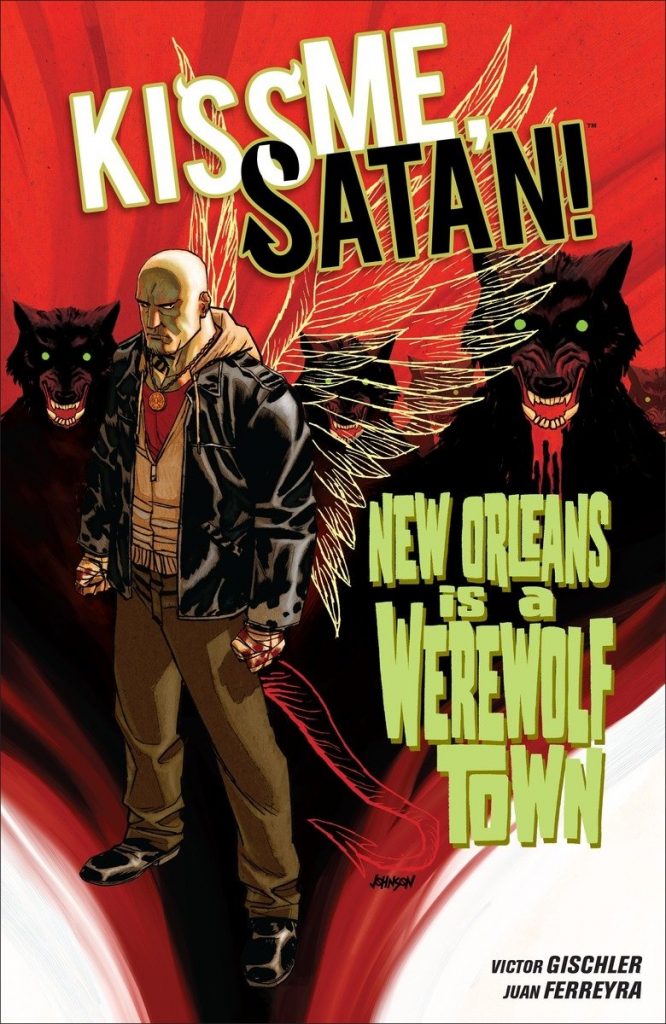 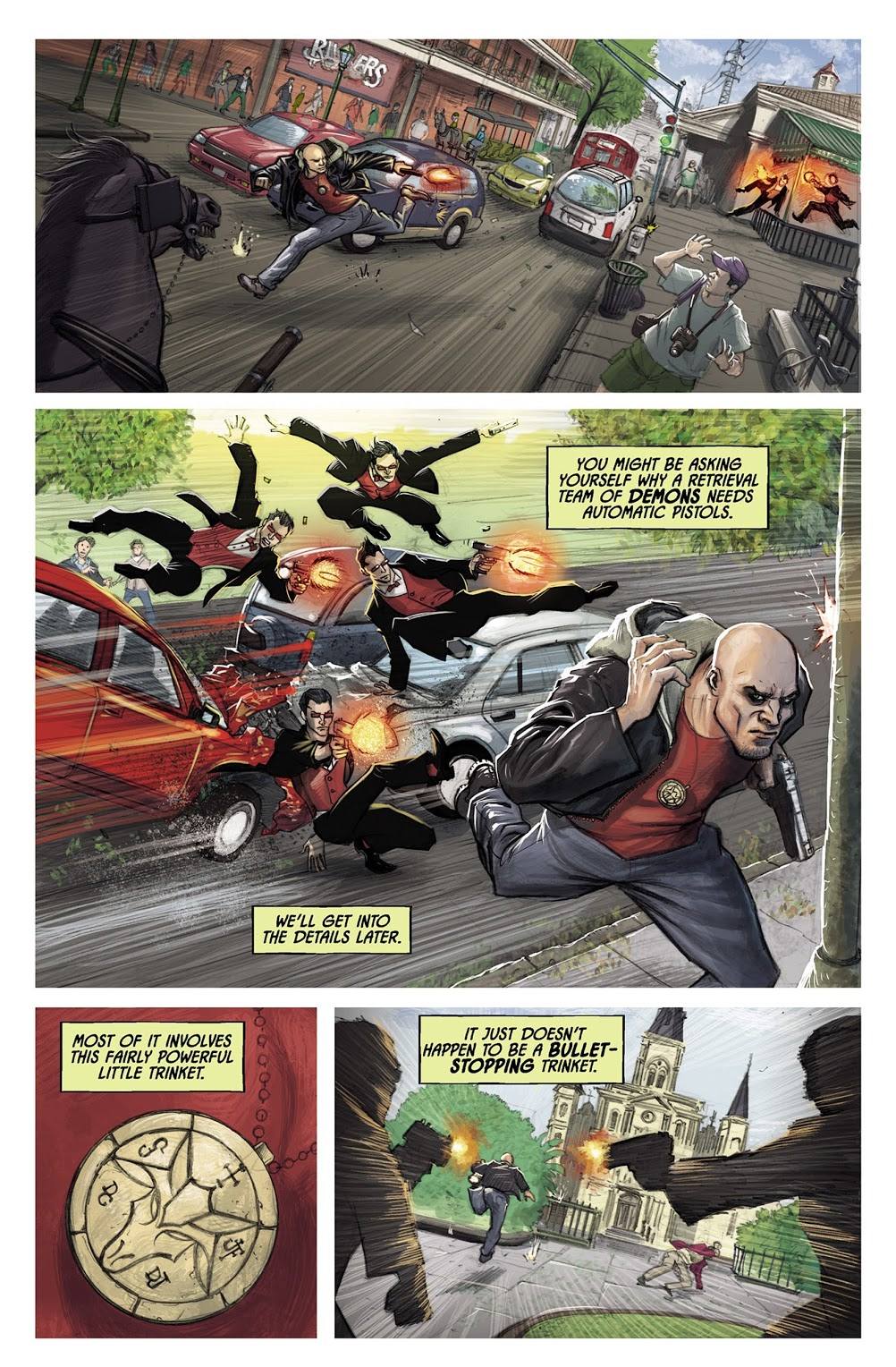 So, all crime in New Orleans is run by werewolves, any vampires are an anomaly, and Barnabus is the only one of the original fallen angels unsatisfied with Hell and trying to earn his way back to Heaven. This means carrying out missions on their behalf in order to earn his redemption, while also avoiding Hell’s hit teams, as they don’t want any precedent set.

Given the premise, the title is clever, becoming more than just a piece of great b-movie attention-grabbing to accompany an interesting concept from Victor Gischler, into which he also throws some witches, needing the protection of Barnabus, and some insight into how the werewolf pack operate. All the trouble kicks off when it’s derived that their leader’s child doesn’t have the mark of the lycanthrope, which leaves him open to challenge. The witches are only a start, as chapter by chapter we see Barnabus assaulted by a succession of creatures as if Gischler wants to empty the entire supernatural encyclopedia.

These are drawn with some relish by Juan Ferreyra, especially when he has the chance for a spread. It’s all snapping, snarling and biting, but with a fair amount of guns thrown in if the witches, ghosts, ninjas and zombies don’t fulfil your quota. However, at every stage Kiss Me, Satan is predictable. It’s the type of head-rush story that would look great on the screen, but the reason it’s in comic form is likely to be the cost of recreating what Ferreyra can provide so simply. As such it’s a compromise almost all the way, and the only aspect of interest beyond Barnabus and his predicament is his quaint heavenly contact. What bucks the trend is the surprising last few pages, when Gischler lands another great idea, one he’s trailed all along. It’s not enough, though.