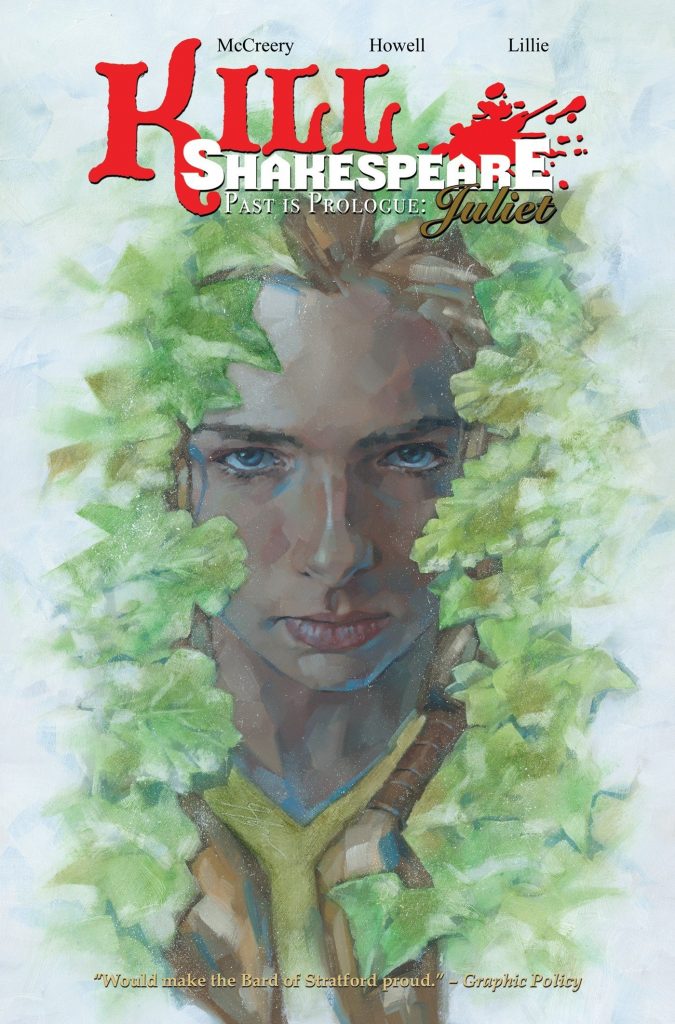 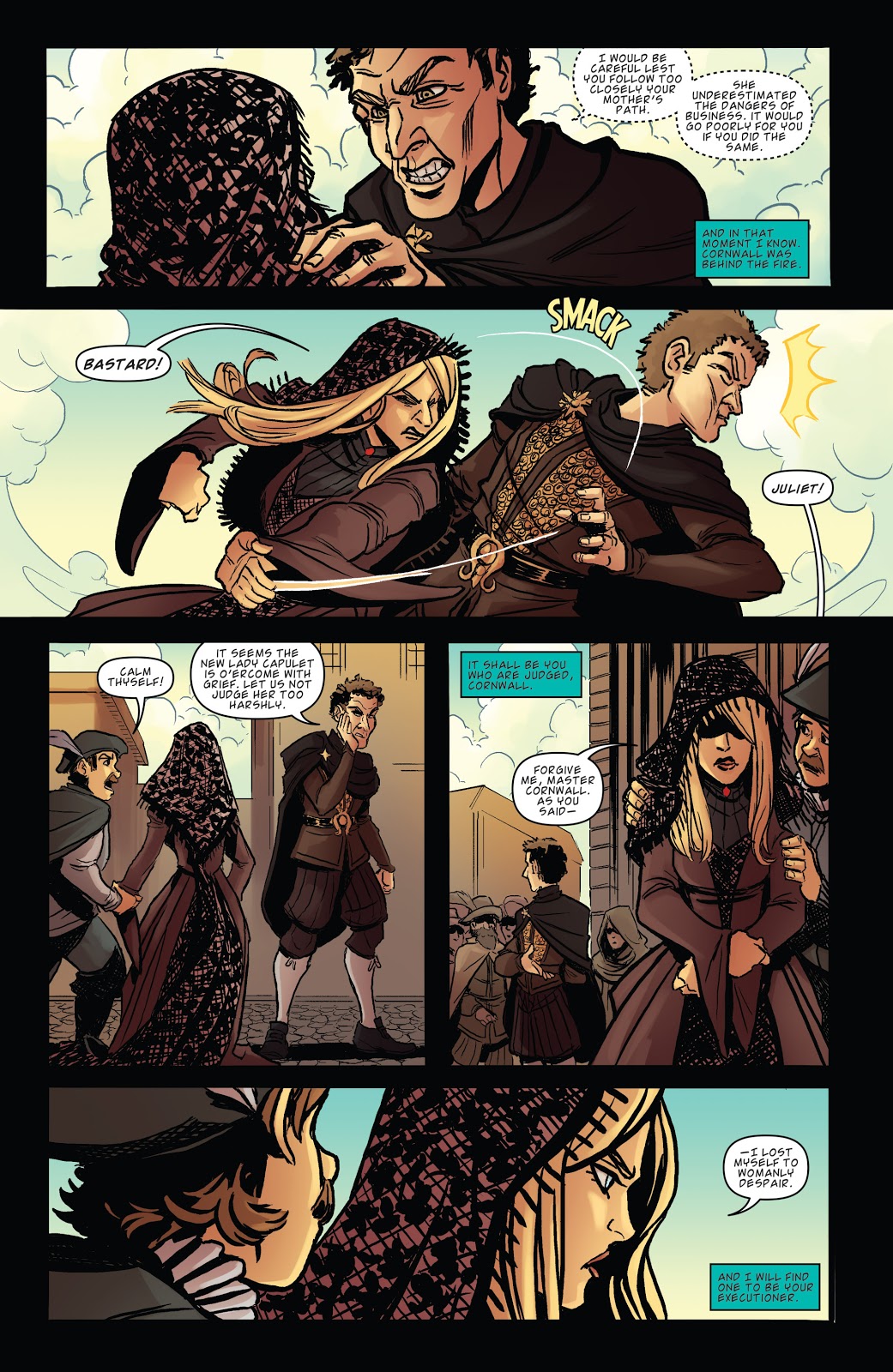 Juliet Capulet has been a mainstay of Kill Shakespeare from the beginning, a capable strategist introduced leading the rebel Prodigals against the rule of King Richard III. If you’ve considered the path from suicidal teenager to rebel leader a strange one, then Past is Prologue charts the earliest stages of that journey, picking up shortly after Romeo’s supposed death. On the other hand, with an increasing gap between Kill Shakespeare stories, not everyone will be happy to see the primary story again postponed for a dip into the past. Furthermore, while Conor McCreery writing solo might not make any immediate difference, new artist Corin Howell does. Howell artistic strengths are very different when his pages are compared with those of his predecessor. He’s better at creating distinctive likenesses for people, but often with a looseness to his figures, which isn’t ideal for a series known for decorative art. When a scene in the opening chapter calls for a wistful Juliet to appreciate the beauty of Verona, Howell’s version more resembles a warehouse district with a tower and sloped roofs. There’s also a difficulty of scale, Howell unable to keep Juliet’s height consistent.

Shakespeare’s plays encompass a rich variety of rogues and plotters, and McCreery is able to make use of several such supporting characters, one in particular the object of Juliet’s anger. While not offering the complete story of her transformation, there’s enough here that we’re able to join the dots to the present day. It also brings a greater credibility to that later character, which may have previously seemed arbitrary.

The Kill Shakespeare web page has been dormant since this graphic novel was published, so the signs aren’t great that the series will continue in any fashion, although one of the writers assures us the series will continue beyond this dip. Previous artist Andy Belanger improved considerably over four volumes, and given the opportunity perhaps Howell would also, but here the less than sparkling art drags everything down. 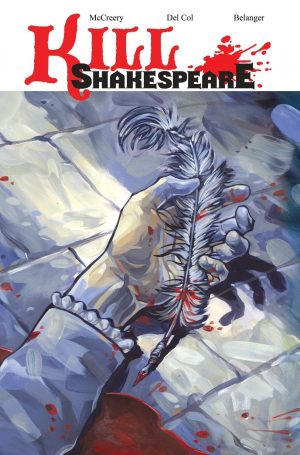 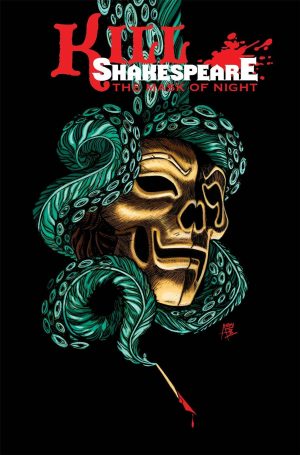