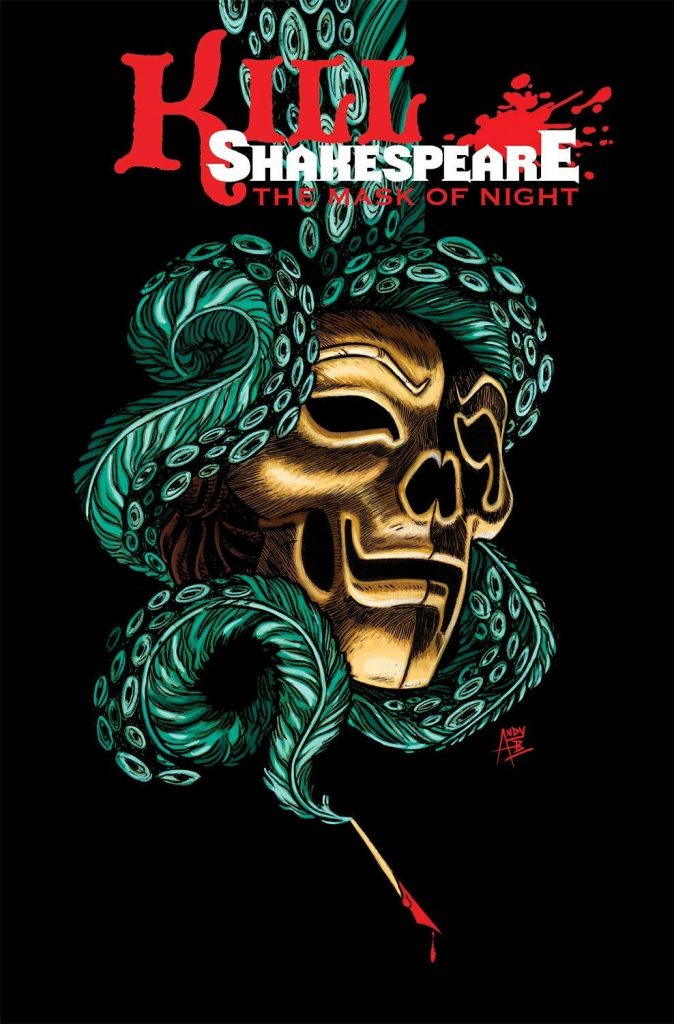 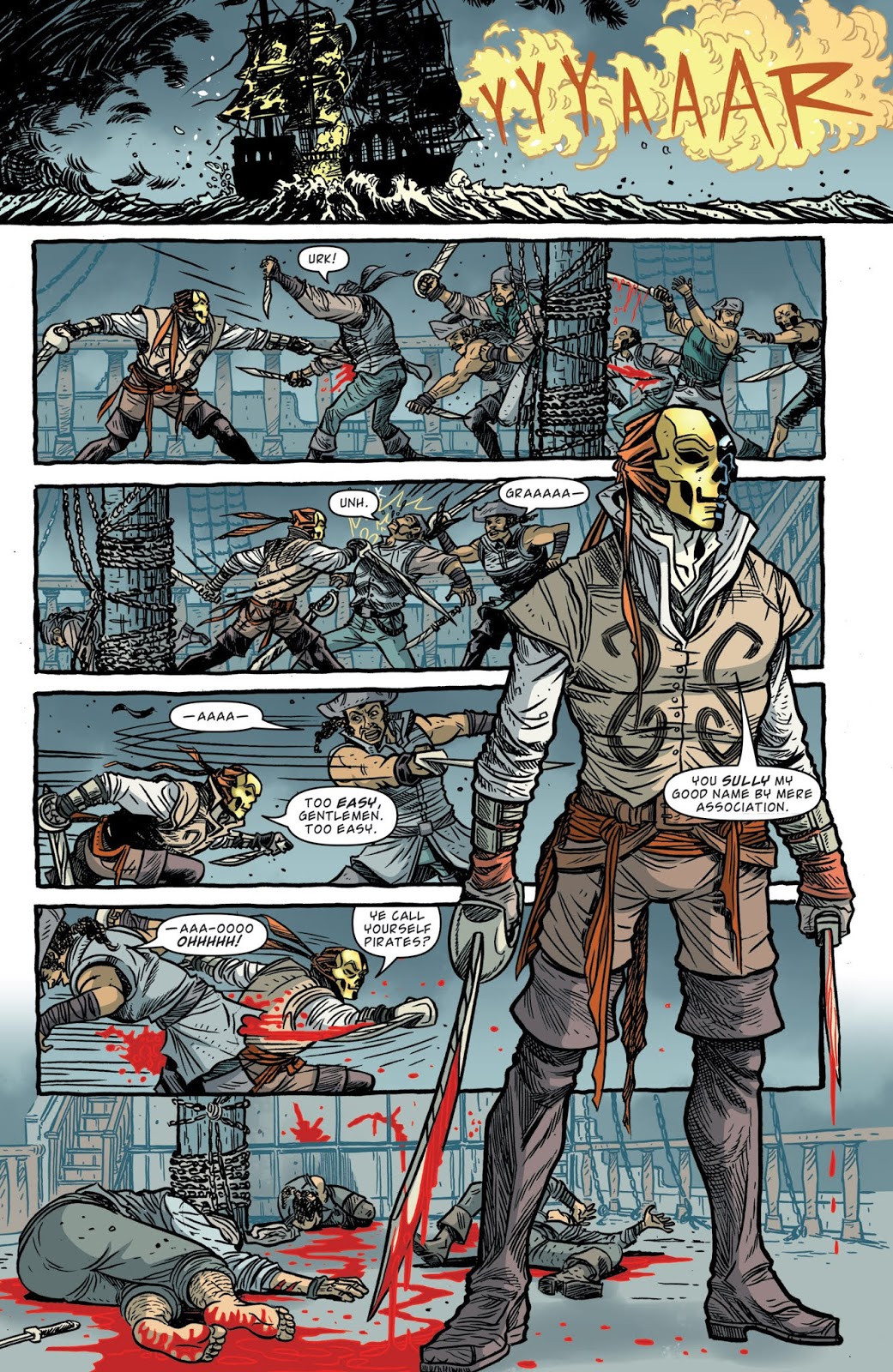 The way that Kill Shakespeare is written is twice blessed. It blesseth him who comes to it with no knowledge of Shakespeare’s plays and it blesseth those who have. However, whereas over previous volumes there’s a slight predictive advantage in knowing who someone is, and therefore whether they’re to be trusted, The Mask of Night opens with a distinct puzzle, featuring the pirates Cesario and Viola. In Twelfth Night Cesario is a disguise adopted by Viola, and their interaction as two different people is something that can be taken at face value by anyone who doesn’t know the play. Some thought about how the series is structured along the lines of all the world being a stage and all the men and women being merely players eventually provides an answer to the Cesario/Viola conundrum, but it’s not spelled out.

The Mask of Night continues almost directly from the end of The Tide of Blood, except the four escapees from Prospero’s Island have been captured by pirates. Given how that story played out they make for troubled companions anyway, Hamlet condemnatory about what Juliet felt she had to do, Othello still under the influence of the magical waters and Will unconscious. It’s a combination that feeds brilliantly into a plot that largely sidelines them to concentrate on Cesario and Viola, and their lifestyle.

That enables Andy Belanger to draw some great old sailing ships, although, understandably enough, he doesn’t have the patience for the complete riggings. An example of how far he’s come since starting on Kill Shakespeare five years earlier, is that he’s learned to control emotion. A fearsomely evil villain manifests, someone who’s meant to be leering and gruesome, and where the earlier Belanger would have played this for all it’s worth, this Belanger keeps him under control, his villainy as much implied threat of confidence than actual. The more decorative designs have been mislaid, which is a shame, and there’s one bit of storytelling clumsiness in the final chapter where convenience is prioritised over what could be realistically achieved, but technically this is Belanger’s best series art.

Leave the Cesario and Viola dilemma aside, and writers Conor McCreery and Anthony Del Col ensure this is very straightforward, more so than previous Kill Shakespeare, and that’s no bad thing. There are still plenty of surprises to be had and the simplicity of the plot encompasses several abiding moral dilemmas, starting with what should pirates do with prisoners who have a value. The villain of the piece is more fearsome than any other to date, irredeemably revelling in what he is, and his sadism ramping up the content to adult level. You don’t have to know anything about Shakespeare and his works to enjoy The Mask of Night, just be open to adventure. The next volume is Past is Prologue: Juliet.