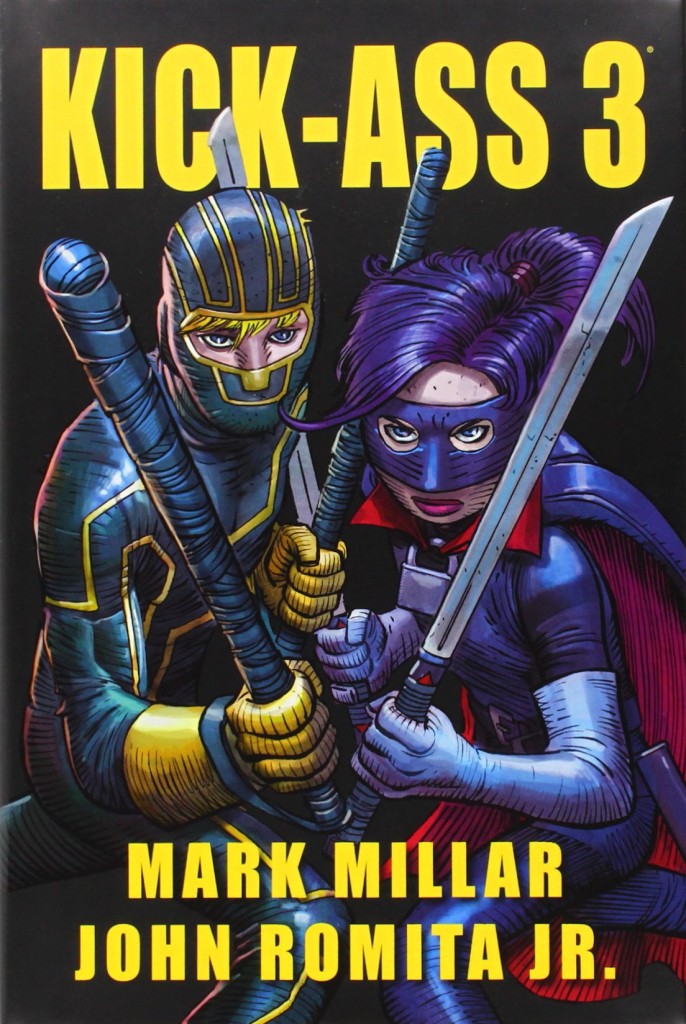 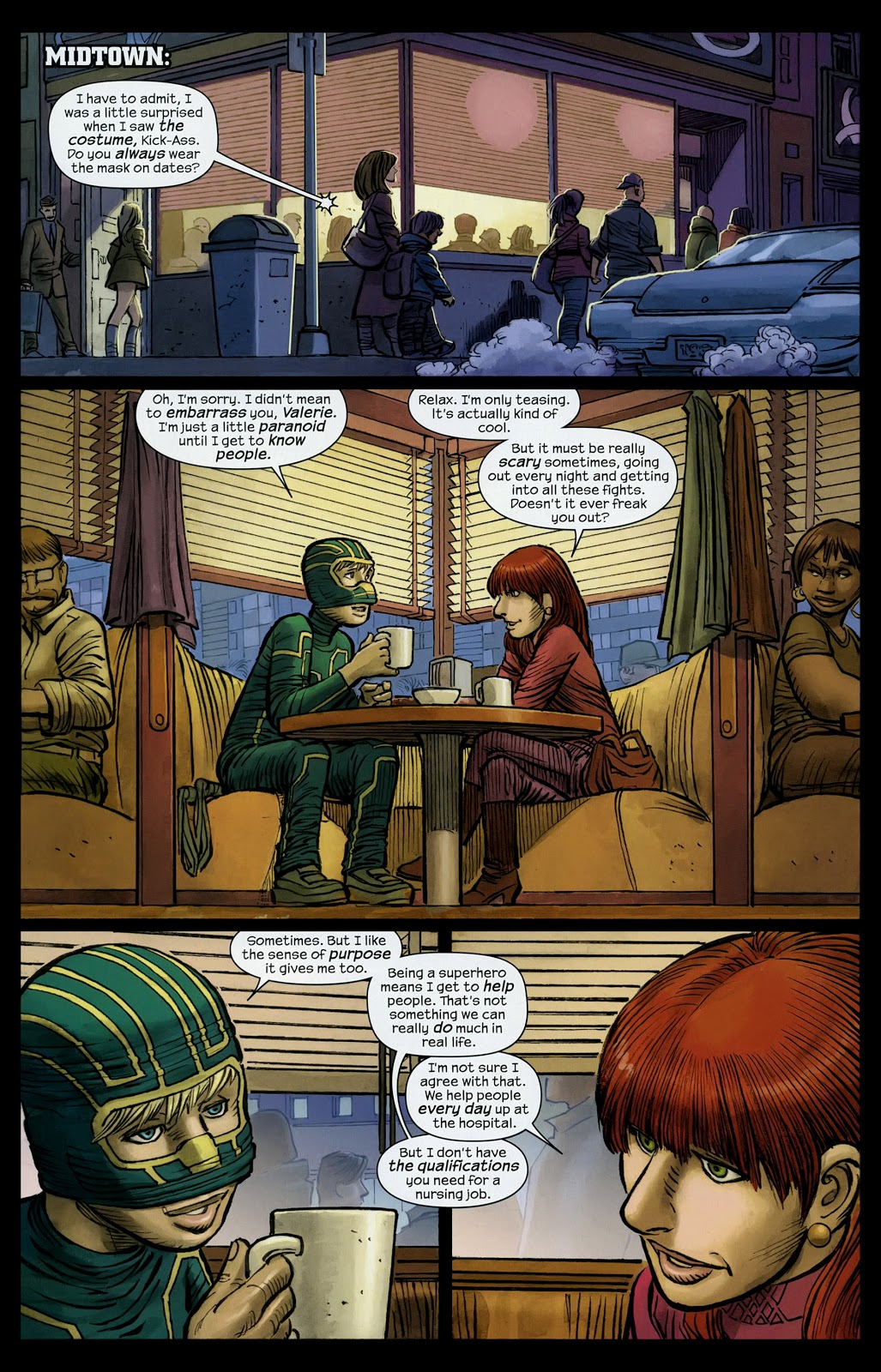 The concluding events of Kick-Ass 2 were a riotous explosion of gang culture, but most of those fighting on the side of right and decency survived, their health intact. This book moves the clock forward a little. Dave is no longer in school, works in a burger joint and rents an apartment in Hoboken. He and his companions have been tasked with a mission, but aren’t up to it, and while Dave maintains a semblance of Kick-Assery, the other characters dressing up as superheroes are losing their motivation. Surprisingly, though, Kick-Ass has now developed a level of competence.

Meanwhile things are looking up for Chris Genovese, despite the chaos he instigated, and the murders he committed. His Uncle Rocco is back from Sicily, and when you’ve got a police Captain under your thumb an awful lot can be achieved.

There’s no problems with the art team of John Romita Jr and Tom Palmer, but this very much by the numbers stuff from Mark Millar. Usually so good at planting the material that later has a relevance, here he might as well have underlined his elements with future plot significance. The plot is over-extended, throws very few surprises, barely maintains any tension, and Hit-Girl, whose presence contributed so much to the previous books, is sidelined until the final third. She’s seen for a few pages every chapter, but her general absence really highlights who the series’ standout character has been.

Oddly, the violence is far less graphic than previously, although there are a few exceptions, but the sexual content has been increased. Where Millar does score is with the final wrap-up, which draws the strings together in a neat concluding package, but what began as so fresh and original sunk very rapidly indeed.