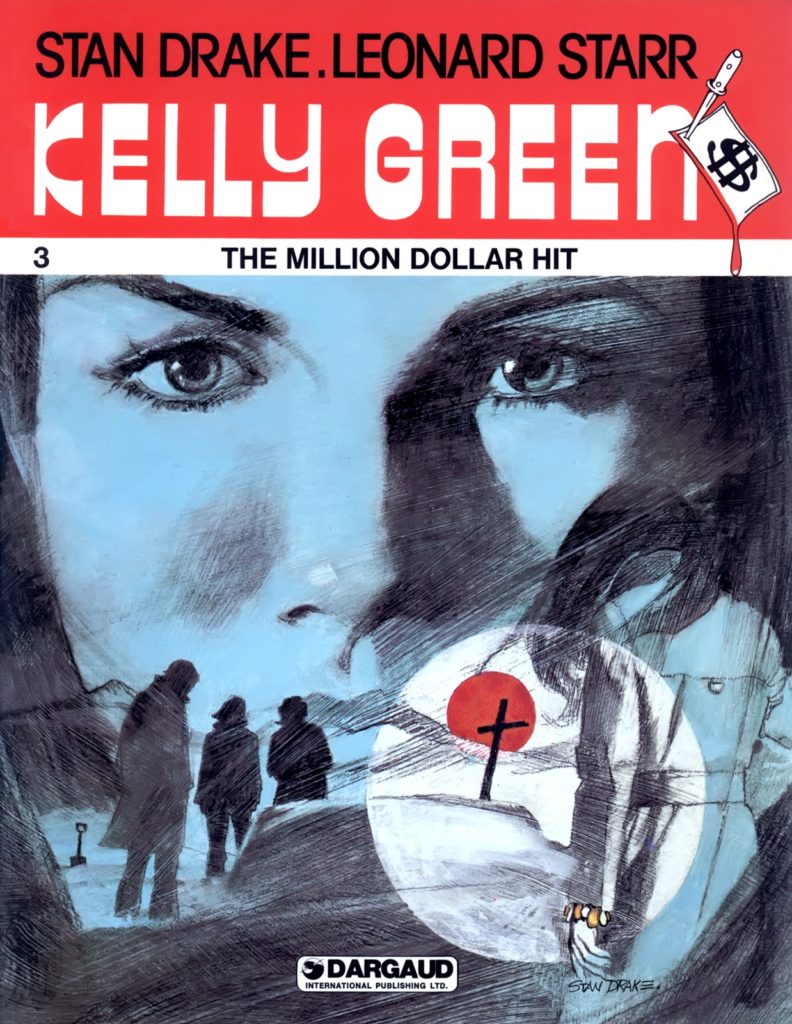 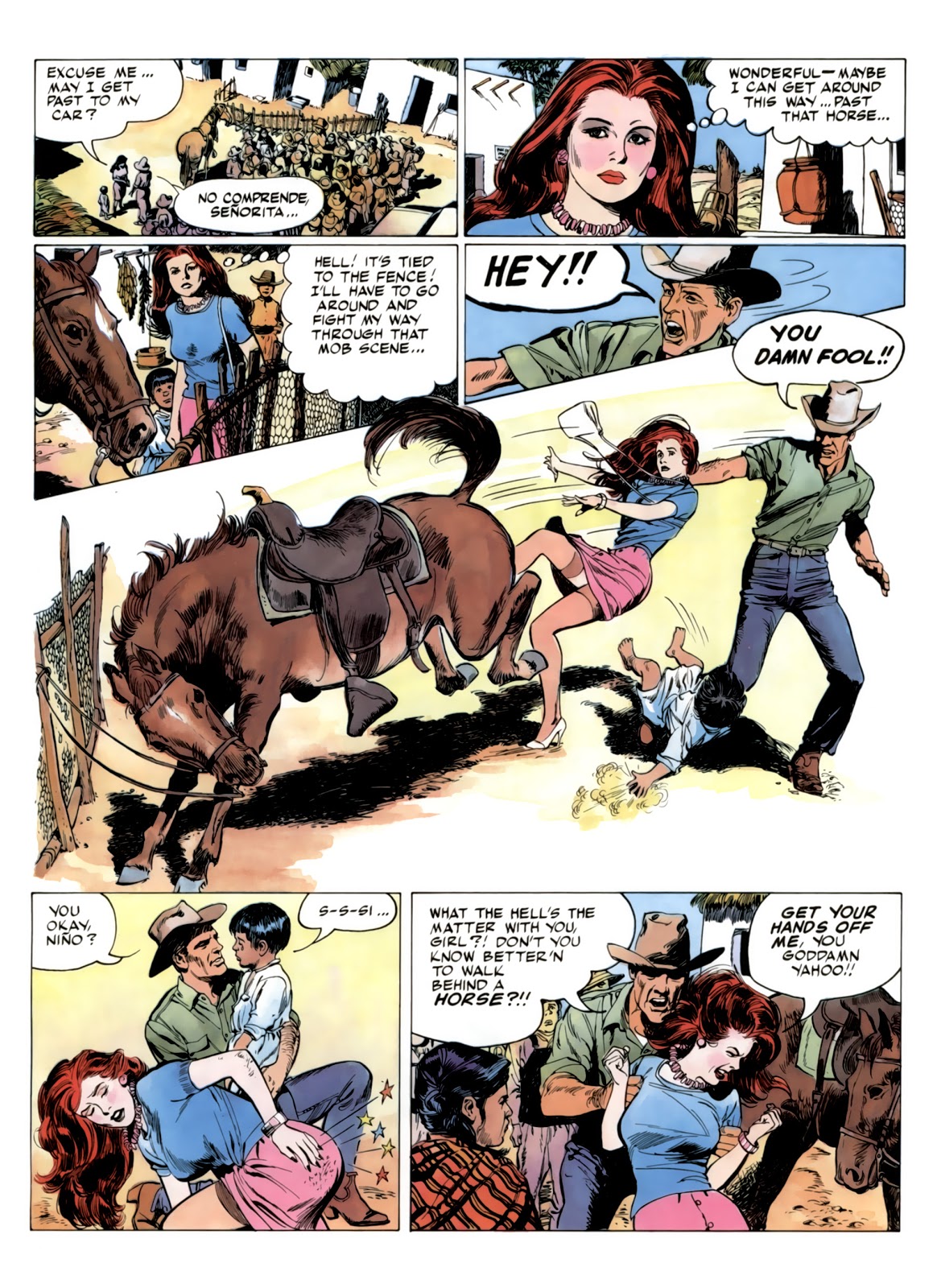 A third Kelly Green graphic novel again finds her caught in events beyond her control, and as in the previous pair Leonard Starr comes up with some neat little tricks to give the shady world she operates in some credibility. Her go-between job this time is to transport a million dollars, which sounded even more impressive in 1983 than it does now. Starr places Kelly even more in the hands of three former criminals who saw the error of their ways via her dead policeman husband, and their knowledge of criminal operations drops in a number of neat techniques. As word appears to have spread that she’s carrying a million dollars she rapidly becomes a target needing everyone’s wiles to keep her alive.

Starr and accompanying artist Stan Drake had long careers behind them in 1983, and there’s not much anyone can teach either of them about telling a story and always maintaining interest. Starr plots in short sequences of a few panels at a time, as if still writing a newspaper strip, but that’s as viable a method as any other, and it results in a fast paced mystery. Drake’s people are idealised perfection (apart from the comedy relief), if clothed in the last vestiges of 1970s fashion, and he’s exemplary at setting a scene and providing the scenery. A creative professionalism oozes from every page.

The obnoxious rich person is a recurring feature in Kelly Green, this story’s variety a Texas oil baron who’s sleazier than the specimen from One, Two, Three… Die!, and Starr factors in how native Alaskans resented the oil industry at the time. They probably still do. With public trust in elected officials at an all time low all these years later, suspicion of skullduggery will fall more naturally on a US senator with a large supporting role, especially given the even more life-threatening circumstances Kelly finds herself in just past the halfway point. Some of the techniques Starr reveals are now widely known, good cop and bad cop for one, but the tension is maintained. Scenes showing Kelly being tortured may be considered more exploitative now then they’d have seemed in 1983, but Drake is relatively subtle, showing the results without the actual brutality. The ending will come as a surprise, as all good endings should, and it’s very abrupt, but then after it there’s little more to be said. Starr has revealed all, conceiving another neat solution to the mystery introduced at the start.

It’s a shame Dargaud manage to mistitle Kelly’s first graphic novel on the back cover, and she has one further outing in English, Blood Tapes.