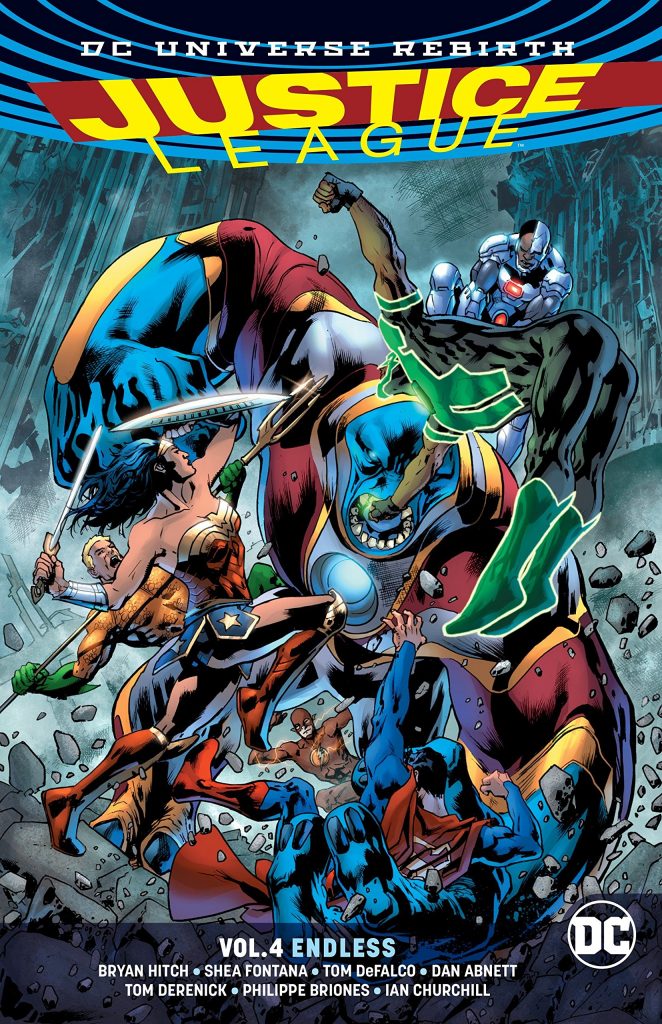 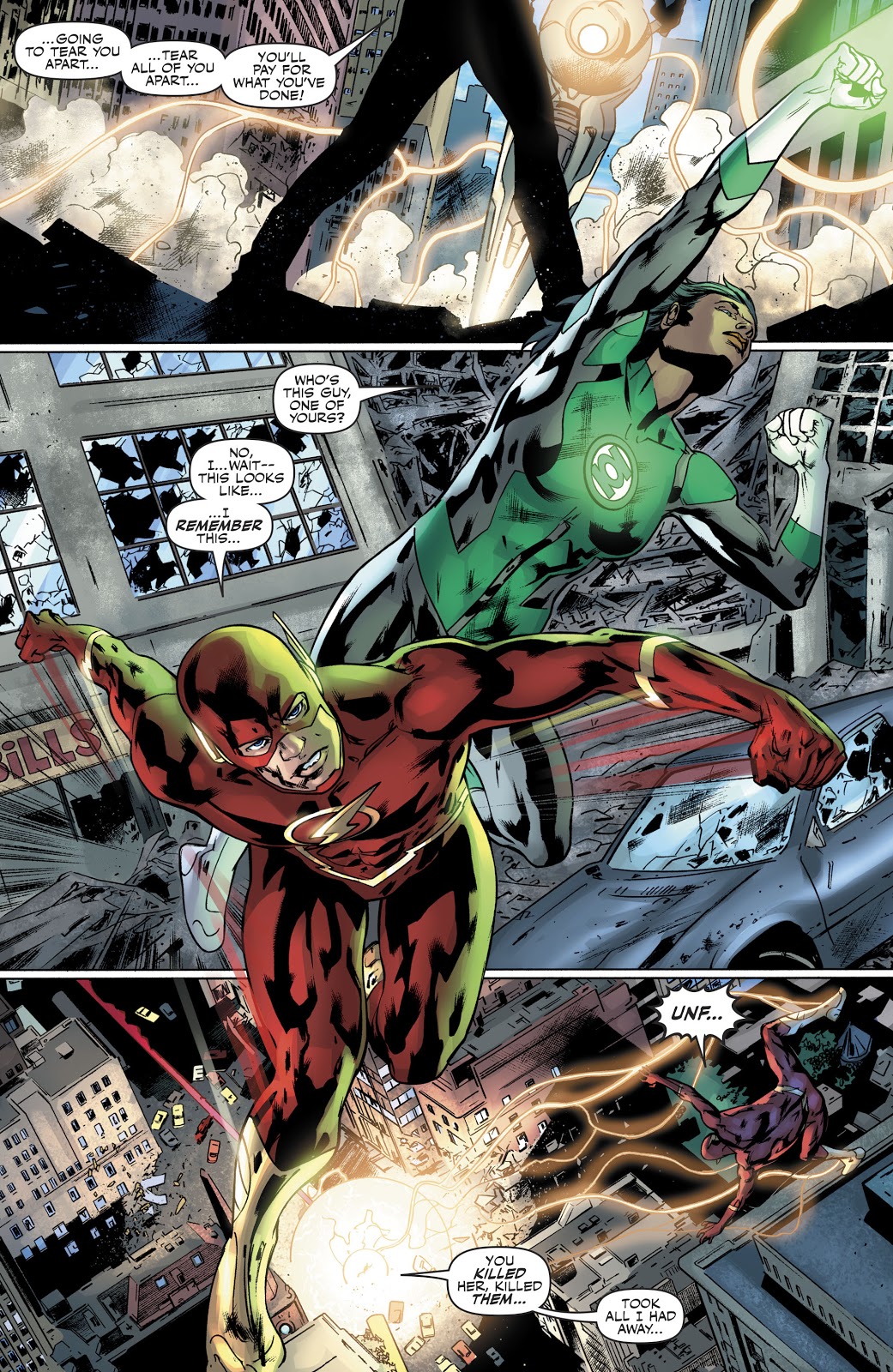 Bryan Hitch’s run on Justice League has only sparkled occasionally, but where credit is deserved is for his constantly coming up with viable new threats for the Justice League rather than relying on the same foes who’ve plagued them for decades. He does it again with an intriguing two chapters opening Endless in which the Flash keeps bouncing slightly back through time after witnessing the death of a colleague. Can he prevent that death? This is by some distance the best story presented, compact, hinging on a neat twist and not something readers are able to work out ahead of schedule, and Hitch’s art (sample page) is fine.

The downside of Hitch’s writing is his so obviously learning on the job, with none of the editors apparently able to advise him on flaws consistent across his writing on Justice League to date. The first of them is pacing. The opening two chapter story is perfectly pitched in that regard, had it not followed yet another story ending the previous Timeless where the Justice League are again told a fearsome threat is heading their way. Given the times this has been mentioned, surely any team with the League’s resources would be investigating and making preparations, and Hitch barely progresses that story.

A second downside is Hitch writing his stories about characters, ignoring what’s happening to what are supposed to be the same people in their own titles. Again, do the editors have no input? Iris West would no doubt be unhappy at Flash’s relationship with Green Lantern Jessica Cruz in Justice League, where they’re far closer than team mates. Jessica is problematical throughout, with Hitch constantly reiterating her lack of self-confidence, made worse by two of three fill-in stories focussing on exactly that issue. Again, what content input do story editors Amedeo Turturro and Brian Cunningham have? Why would they let variations of the same story appear so many times in a single collection?

The best of those three time-marking stories is Dan Abnett pitching Mera against the Justice League, tying in with events taking place in the Aquaman title he writes. If there’s been any under-estimating what Mera can do over the years, there shouldn’t be after Abnett has her plow through the league single handedly. As noted, stories by Shea Fontana and Tom DeFalco are confidence bolstering affairs for Jessica, neither remarkable, and the art of Philippe Briones impressing more than Ian Churchill and Tom Derenick.

Hitch is back with Derenick for what’s supposed to be a 25th issue celebration for the Justice League. His idea of a celebration may be page after page of Batman philosophising with a captured villain about that incoming threat, but it surely coincides with no-one else’s. Again, the storytelling is a monumental problem. Bigging up a villain as needing the entire Green Lantern Corps to beat them at great cost back in the day then having a single Green Lantern deal with the same threat easily is plain poor, and it’s not the first time Hitch has copped out like this (see Outbreak). Did the editors just rubber stamp anything Hitch handed to them? 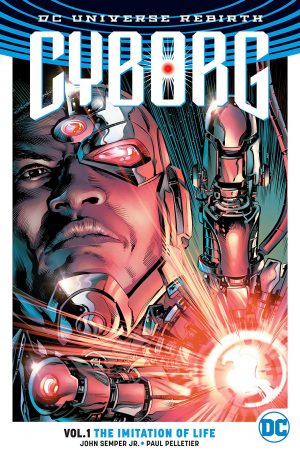