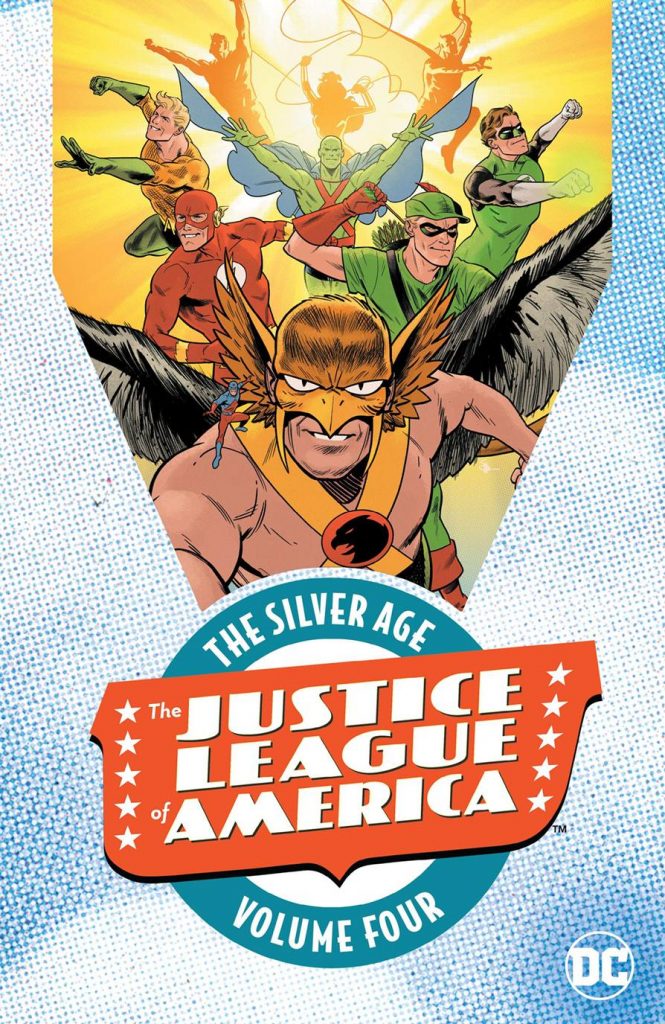 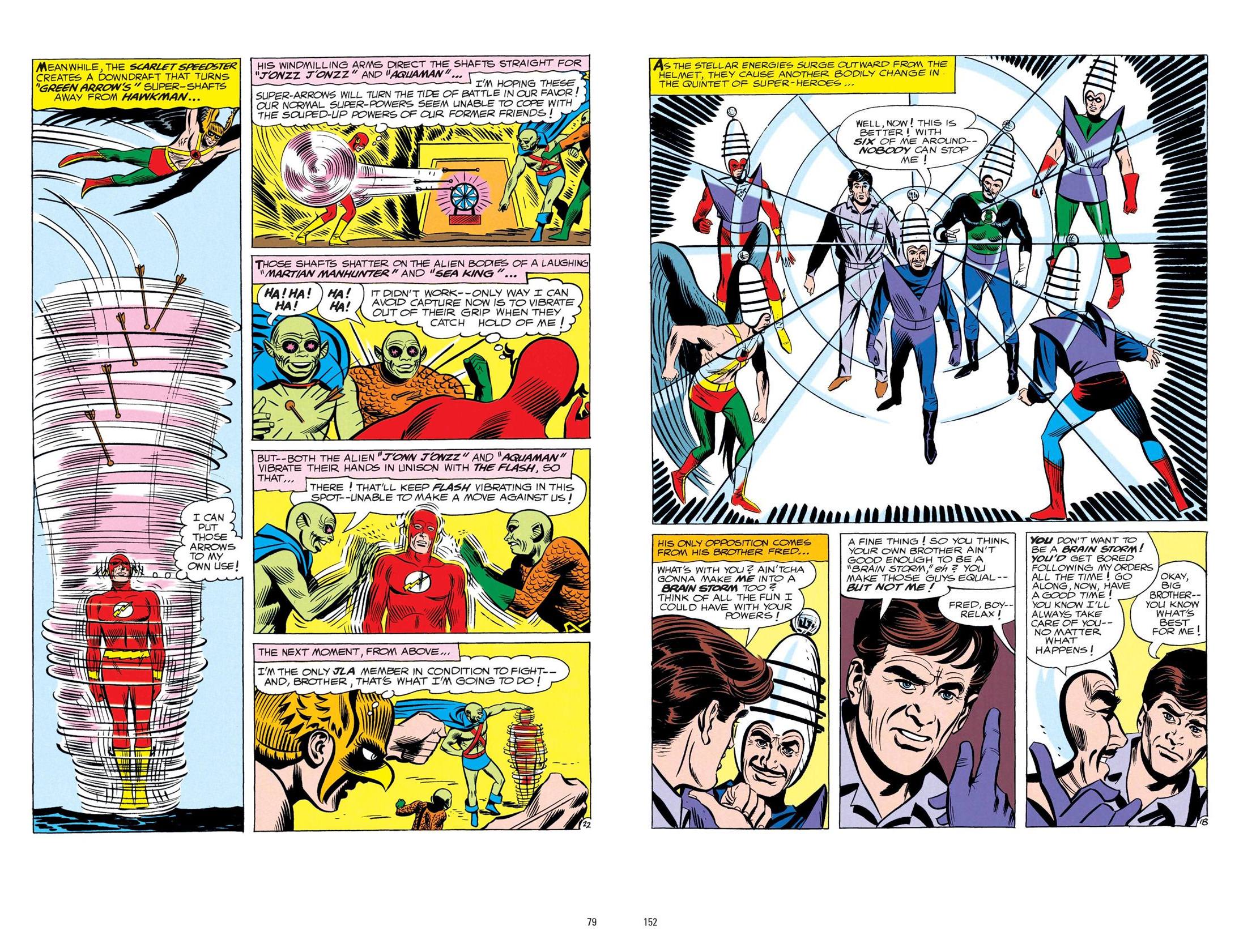 When the Justice League was introduced in 1959 as an updated version of the 1940s Justice Society of America it was fresh, if not entirely modern, DC then a conservative publisher. Six years later the idea was looking a little frayed around the edges, and that’s a mood that never vanishes reading Gardner Fox and Mike Sekowsky’s output over 1965.

In what’s pretty well a paperback version of Justice League of America Archives Vol. 5, right at the start an attempt is made to freshen things up by inducting the updated Hawkman into the Justice League, his forerunner having been a Justice Society mainstay when Fox wrote their adventures. He certainly seems a Fox favourite, only absent from three of the following stories, in two because Fox is using the Earth Two Hawkman instead. Just what is it that appealed so much about a man with giant wings? It certainly wasn’t his personality. In common with all Fox’s characters it could be anyone speaking from behind the mask as they explain the plot: “What a situation! If I have to use my hands to fly… I can’t use them to fight and capture Chac and the Joker!” Fox’s heroes and villains are always explaining themselves, to the audience, and to each other.

They’ve done that from the start, but Fox previously tapped into a wellspring of inspiration whereby the clever aspects of his plots compensated to some extent for what now comes across as clunky writing, although no-one expected heroes to have personalities back in the day as plot was all. Here the well seems to have run dry. He tries to vary the formula by introducing social issues, and for that reason alone stories about kids with disabilities and a science prodigy creating a device to better humanity’s moral compass stand out.

Fox’s downturn coincides with Sekowsky also losing some interest, and his consistency becoming variability. He’s still there to supply endearing, loopy looking villains, and it’s down to him that a daft story about the JLA battling empty uniforms is almost readable, but all too often the backgrounds are empty flat colours. Also in the debit column is the design of the JLA’s most ridiculous villain to that point being surely his doing, yet the sample page showing Brain-Storm also features elegant portraits of Brain-Storm’s brother. It’s the eternal mystery of Sekowsky.

Volume three wasn’t a sparkling selection, but at least raised by the two team-ups with the Justice Society, but this volume’s meeting is no classic. It might be thought that the magical reconfiguration of the individual team members’ origins bestowing gangsters with their powers would provide a sparkling story, but it’s flat.