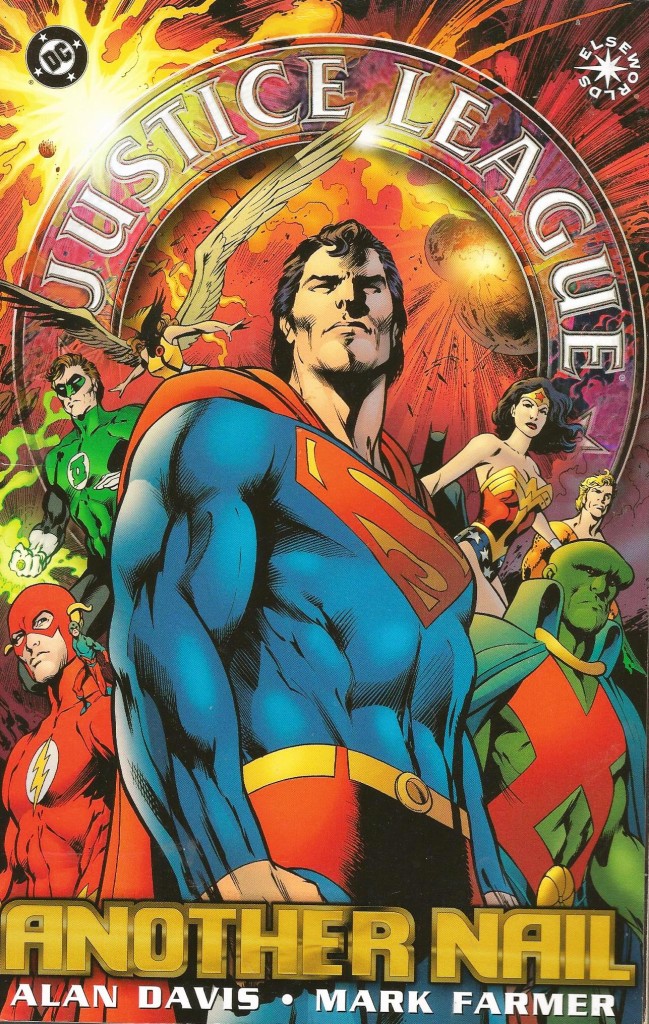 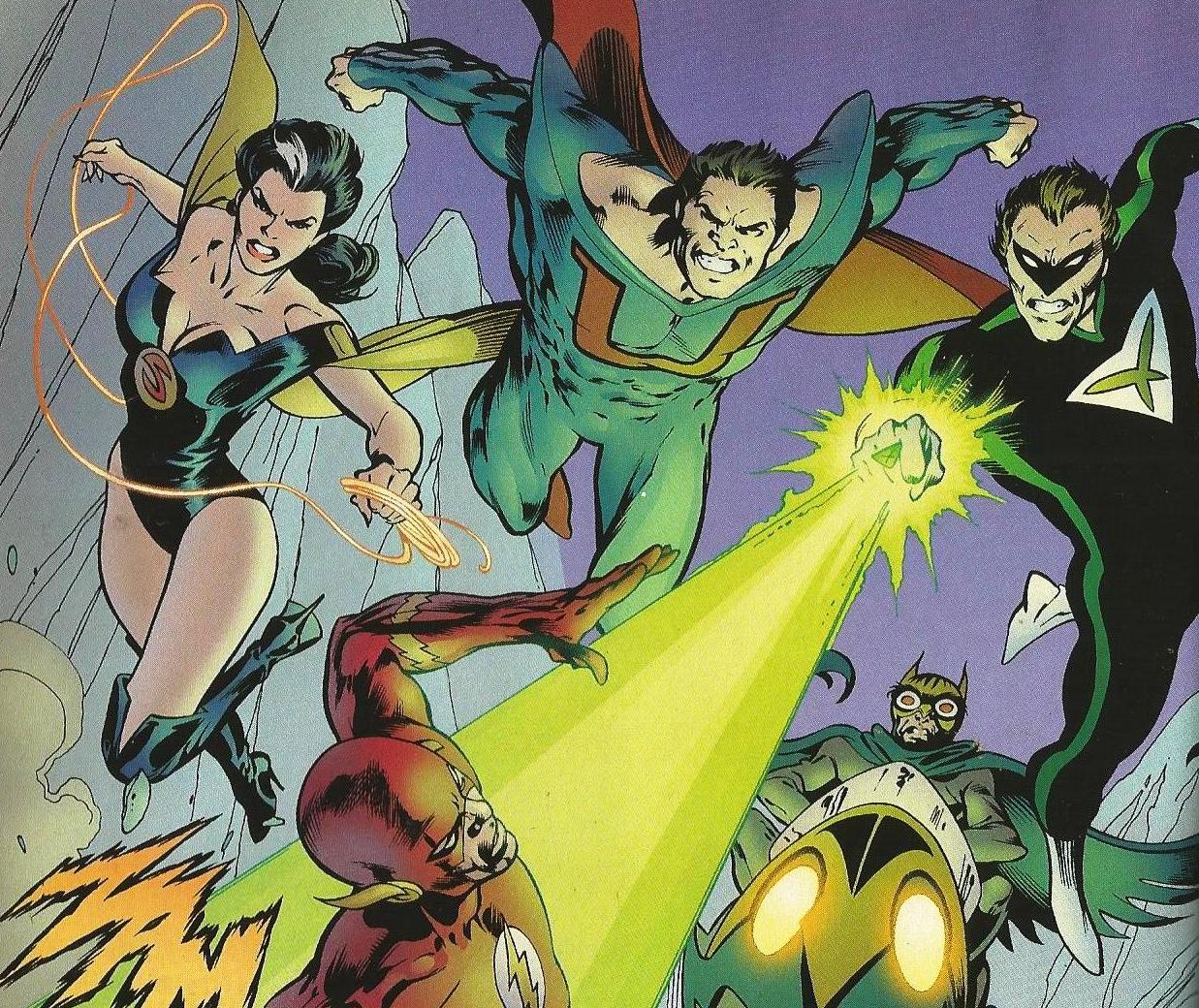 Following the success, critically and commercially, of Justice League of America: The Nail, Alan Davis was induced to produce a sequel, as both writer and artist, (with estimable inking of Mark Farmer to assist). Set in the same continuity, this opens with the other Justice Leaguers feeling a little sidelined, as their newest member, Superman, seems to be handling things virtually on his own. Soon, however, the cosmic war between the New Gods sets a chain of events in motion that threatens to destabilise the entire universe.

That’s where it all goes a bit pear-shaped, narratively speaking. It’s too much. Breaches between the dimensions, time gone awry, supernatural interventions, and heroes, heroes, heroes, pouring out of every corner of every page. It’s as if Davis is compensating for the clear – though layered – narrative of The Nail by taking an opportunity to chuck everything he’s ever liked in here, including cameos from the Crime Syndicate, the Inferior Five, and two generations of the Legion of Super-Heroes! Admittedly only a handful; of them, but still…

There are some lovely character moments. Lois Lane, as she so seldom does in the mainstream comics, demonstrates why she actually does deserve a Man of Steel, and the Kents are lovely. In the handful of quiet moments the sprawling story has to offer, the characterisation, when bothered with, is note-perfect. But there’s never more than a moment, before it’s back to the chaotic battles.

Davis’ art is still superb: the book is always a delight to look at. And while the story is confusing and overdone, there’s certainly enough going on to keep the average reader entertained, at least until they can look back in retrospect and think; “Hang on…”.

It’s just a bit of a letdown after the triumph of The Nail. Both stories are combined in Justice League of America: The Nail – The Complete Deluxe Edition.