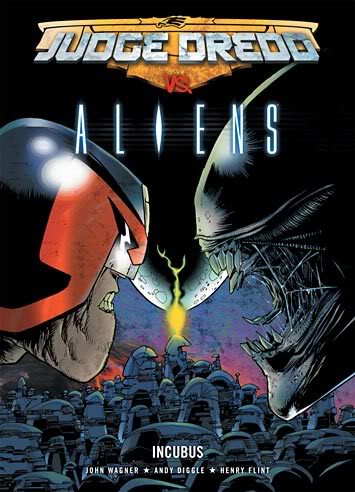 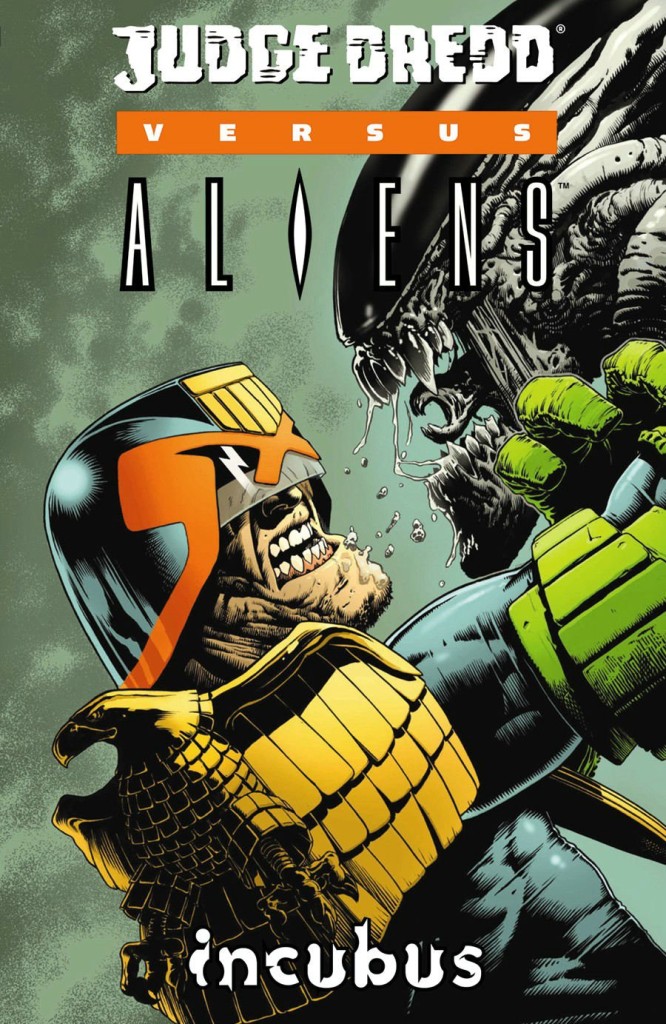 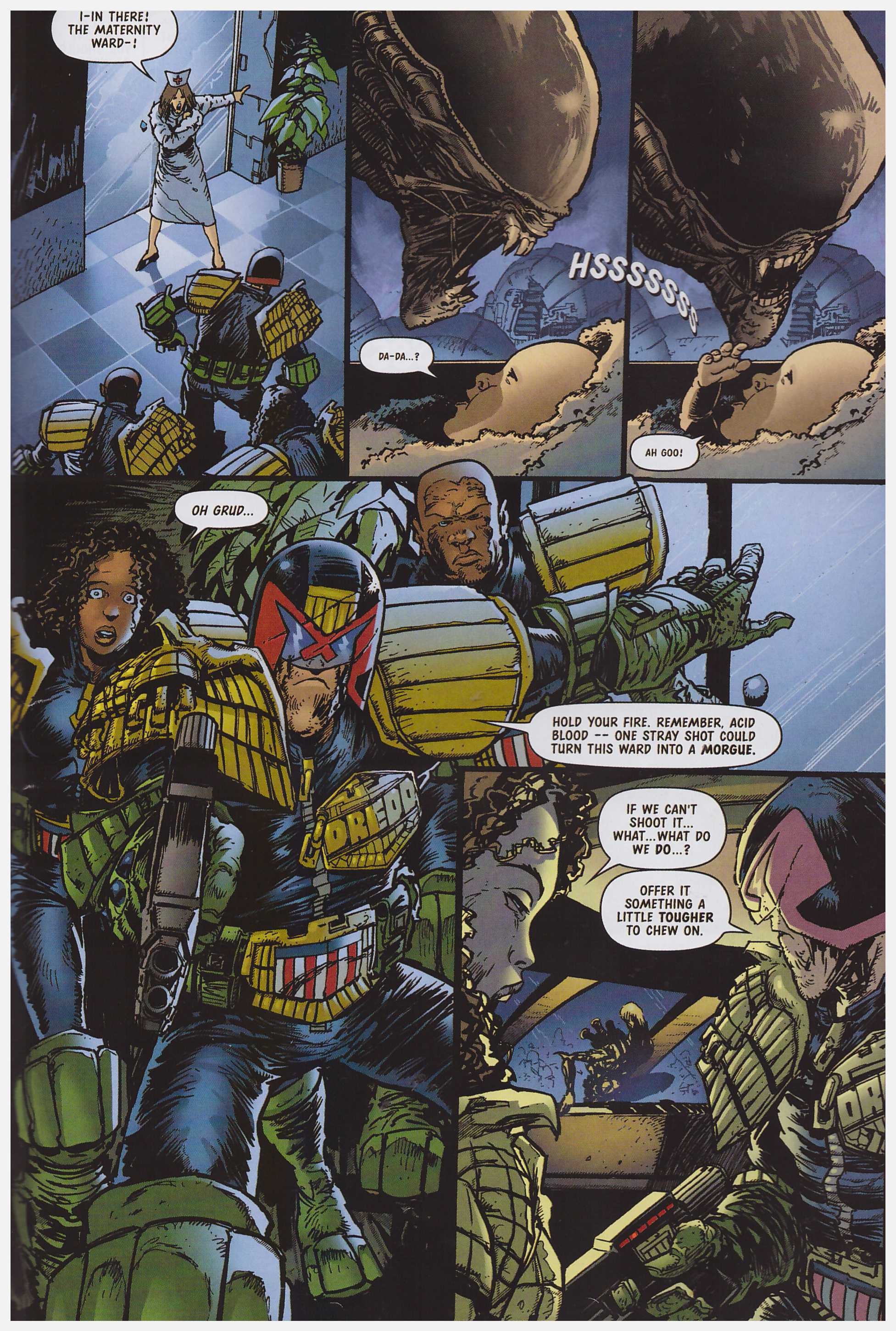 The thrill of Aliens has ever been that of the two-way hunt. As the Aliens hunt their prey, in the better stories their prey fights back. Have they met their match in the Mega-City Judges?

Aliens are first let loose in a hospital, but being in Mega-City everything is scaled up, so this is a facility housing 8000 patients. Initially underestimating the threat, Judge Dredd calls in a vermin control extermination team rather than keeping the Judges in situ, which is an error of judgement he comes to regret. Once the threat is recognised there are some gruesome scenes as the Judges learn just how dangerous a single alien can be, and from there matters escalate until the eventual discovery of the Queen.

Henry Flint provides some sterling art in places, still very much influenced by definitive Judge Dredd artist Carlos Ezquerra. He doesn’t quite adapt to the lumpy greatness, instead utilising a looser style that at times makes it seem as if all faces are melting. He can lay out a thrilling scene, though, and brings a sense of scale that latter-day Dredd often lacks.

Both John Wagner and Andy Diggle are credited as writers, and in his afterword Diggle notes it as very much a joint enterprise, although within that there are some chapters entirely written by him and others entirely by Wagner. Diggle is credited alone for the opening sequence and he seeds decisive plot elements early, among them the well-worked use of the pest control team. Aliens are always going to require a fair quantity of victims to convince as a horrific threat, and while we come to know the team, it’s surely no great spoiler to reveal that not all reach the final pages. When we hit the meat of the plot, though, it’s formulaic, a little rambling, and the thrill is gone.

Early in the story there’s a scene reprising the iconic moment of the alien bursting from John Hurt’s stomach in the 1979 film. Dredd swats it away saying “Whatever it is, it’s sure not doing Godber any good!”. Diggle captures Dredd perfectly here. If only the remainder was up to that level.