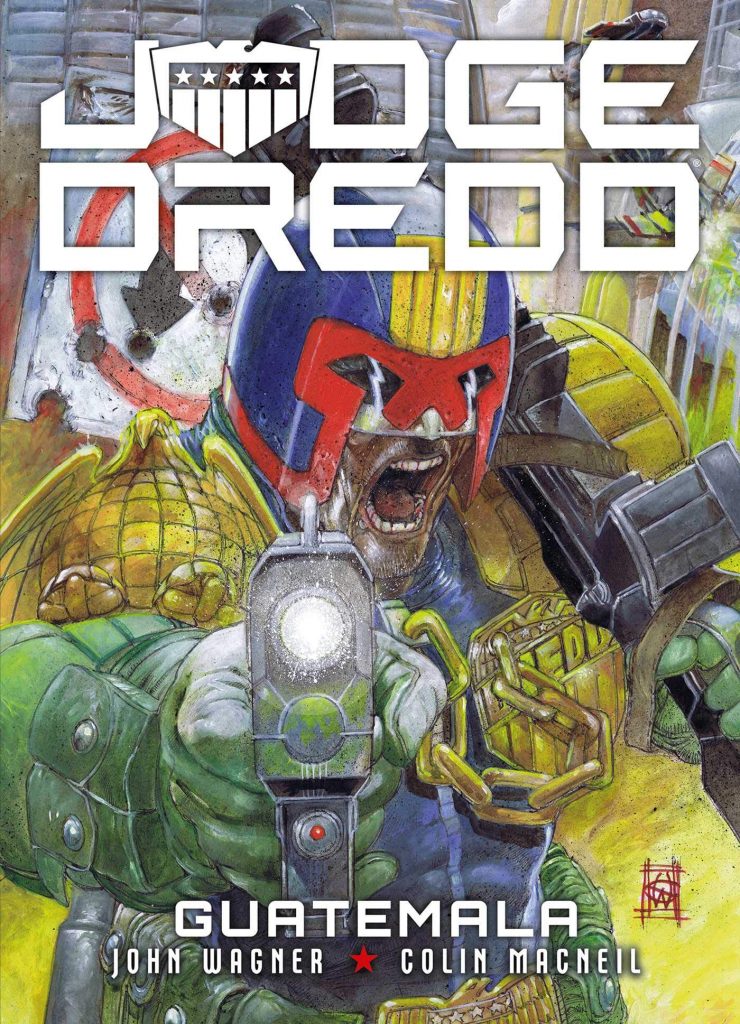 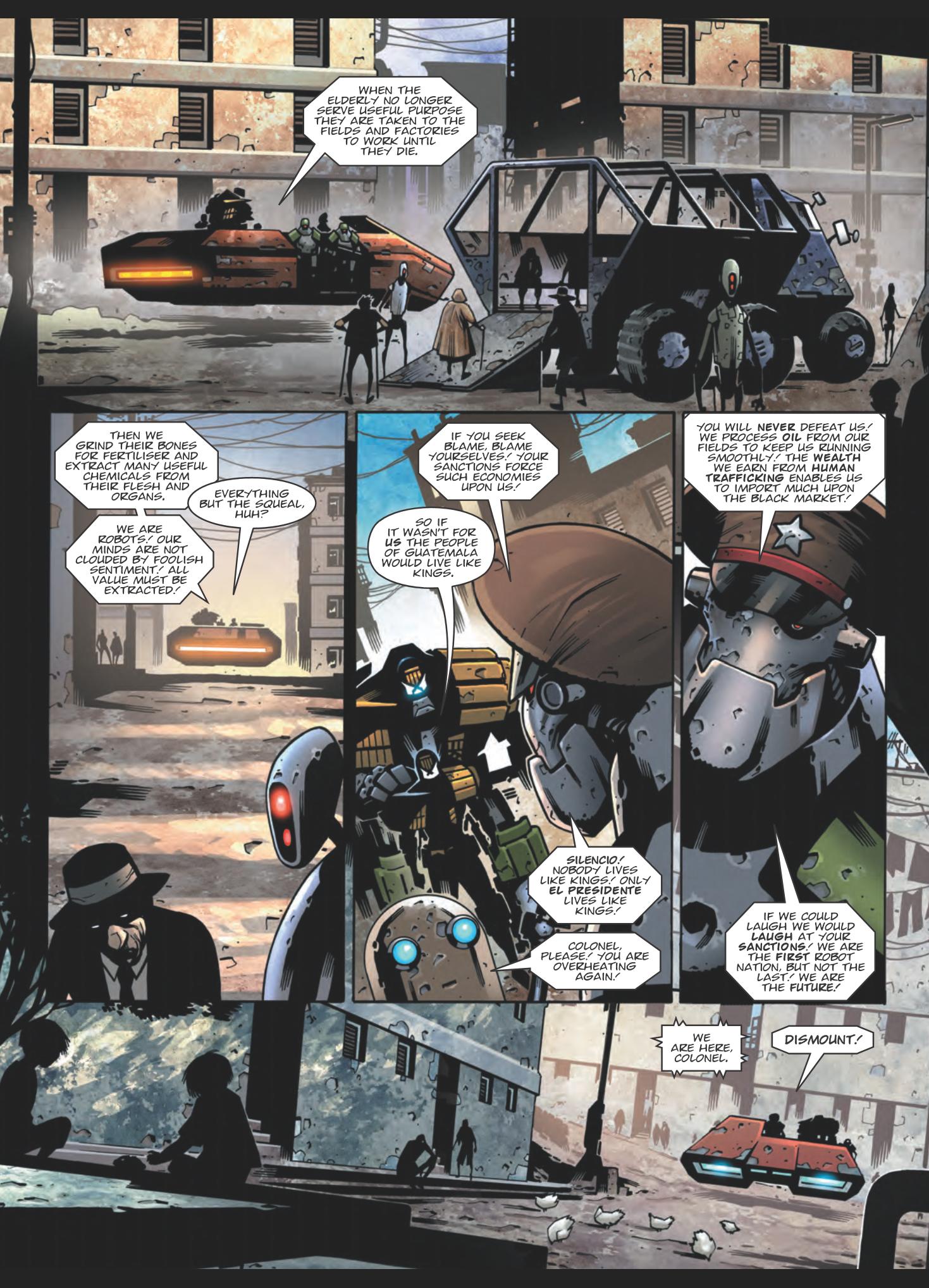 Guatemala begins with the end of an era and the passing of a legend as former Chief Judge Hershey breathes her last, the victim of a plague. It’s horribly appropriate for a graphic novel released in 2021, but is a low key exit for someone who’s been a fixture since very early in the Judge Dredd continuity. On her deathbed she has a final request.

A nuclear arsenal is located in Guatemala, a country run by a despotic robot embodying the sense of the absurd John Wagner so often applies to Dredd’s world. El Presidente Pancho represents every clichéd South American dictator, given to pompous proclamations and having the vanity to wear human hair and a moustache. “Soft and fleshy and good for damn all” is how his generals consider humans, gradually being purged from the nation. “Please Colonel, your output has gone into overload. If I could just adjust your ferocilator…” advises a servile robot in the vicinity of an officer. “Not now, Gomez you snivelling armadillo. I’m emoting”, is the curt response.

The title story is comparatively short, occupying less than half the book, which comes as a surprise because Wagner packs a lot in. He goes a little overboard on the atrocities, but obviously enjoys caricaturing the military, and this is a nuanced Dredd, as has been the default under Wagner for a long time now. As ever, he drops ideas in passing on which lesser writers would base their entire story, and while a little too straightforward for prime Dredd, Wagner’s still showing how it should be done after all these years. The same applies to Colin MacNeill’s art.

A selection of back-ups begin with a crowd-pleasing team-up with Strontium Dog, even more pleasing for being drawn well by Carlos Ezquerra and featuring the return of a dangerous foe from Dredd’s early days who no-one ever thought they’d see again. It’s fun, as is the speculation of who Wagner had in mind as irritating entertainer Jerry Sing in the pair’s following outing, which comes with a great double ending. Even funnier is Wagner and Henry Flint at the start of detailing what happens when the British government sells off the Royal Family in the 21st century, but as they descend into how that plays out in Dredd’s time it loses steam and devolves into something ordinary.

The final story is longer, with terrorists targeting the celebrity residents of Bennett Beeny Block, and Roscoe the Robo-Judge again having a pivotal role. It’s not too dissimilar to the 2012 Dredd film, with the Judges having to clear a city block level by level to get at the threat, and would actually work better as a film script despite being nicely drawn by MacNeil and Dan Cornwall. There isn’t enough tension, the big emotional moment is predictable, as is the Block Def Unit’s ineptitude, although the end of their participation is nicely handled.

There are so many Dredd collections now that something needs to be really special to rank near the top, and that’s not Guatemala. However, it’s still good, and there aren’t many series that have been running as long maintaining this quality.