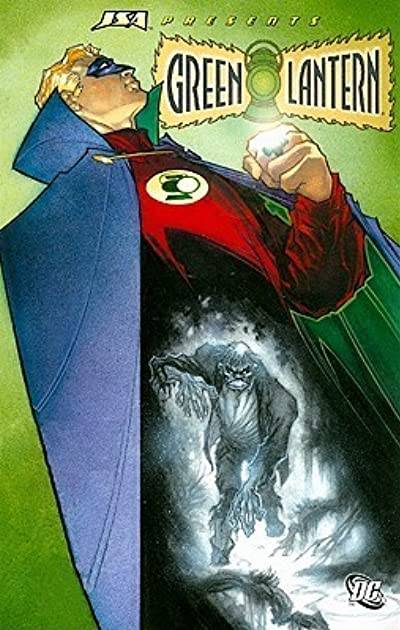 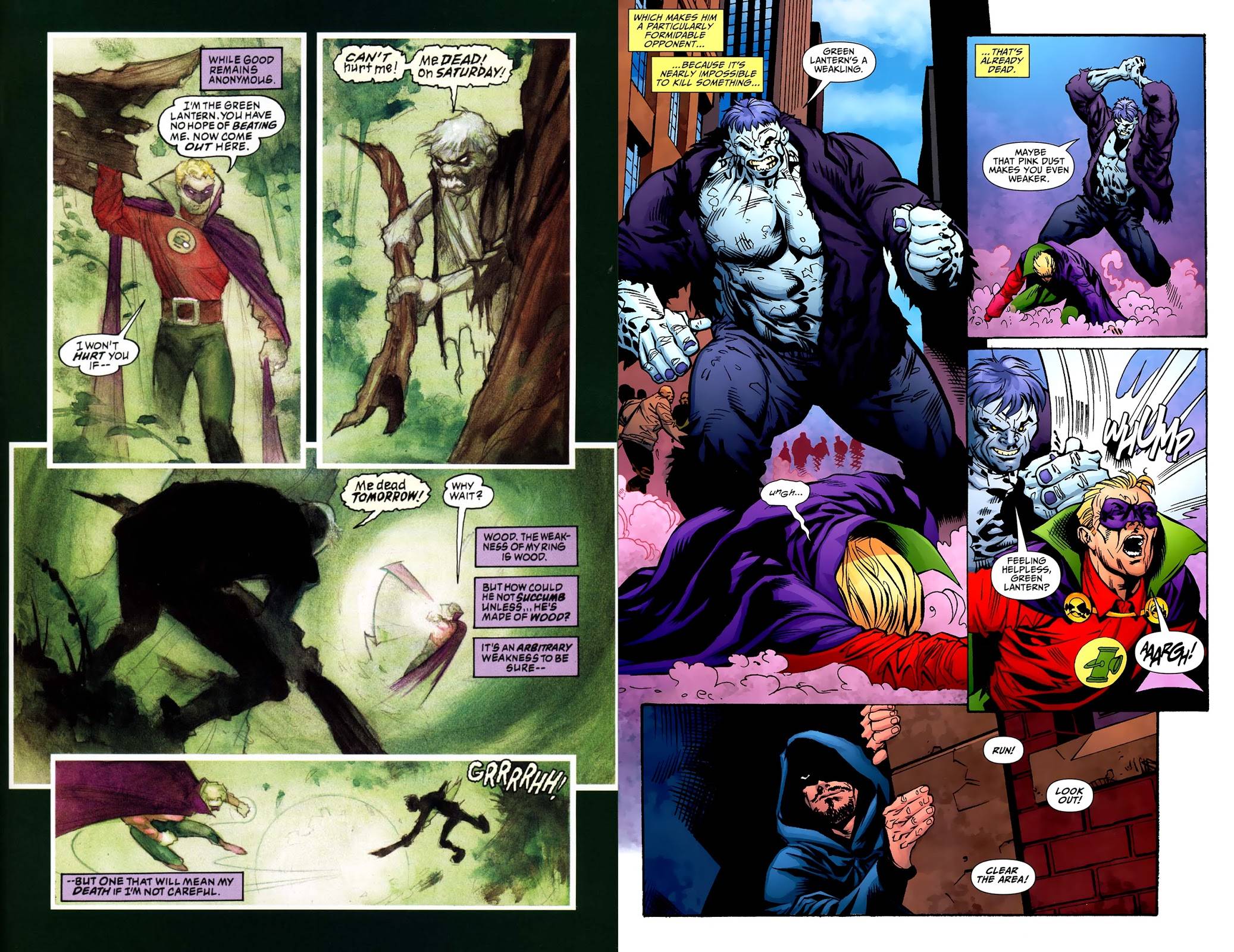 This collection features the original Green Lantern created in the 1940s, broadcast executive Alan Scott, the small JSA Presents lettering presumably there for anyone who couldn’t tell from the old-fashioned costume. Three stories are on offer.

The longest is actually set in the 1940s, courtesy of Steven T. Seagle and John K. Snyder (sample spread left), setting Green Lantern against his most interesting foe, the rampaging swamp monster Solomon Grundy. Seagle involves Nazis, comedy relief sidekick Derby Dickles, and a plucky woman reporter, while providing Scott with an inner monologue, but it’s ponderous, that monologue almost all separating it from the primal simplicity of the 1940s incarnation. Snyder seems to take that as his inspiration also, presenting a sketchy and impressionistic cast as if everything is seen through swamp gas. So little is said and the art is dull on an uninspired story.

With the bar set so low not much effort is required from the remaining creators to better the opening shot, but they almost fumble the ball with material set in the 21st century. Tony Bedard and Denis Calero make the mistake of Green Lantern being the secondary character and introduce shaky foundations. There’s really no-one other than the nicely named Johnny Mimic able to solve the puzzle? Ignore that and it’s the only story here to rank above poor, with some commentary about what’s considered acceptable in allegedly protecting the majority, the surprise manifestation of an old DC artefact, and Calero giving everything a suitably shadowy feel.

A morose few pages introduce Junior Thomas’ story, returning Solomon Grundy, drawn more like the Hulk by Staz Johnson. The maudlin mood continues over the very ordinary return of another JSA villain, monologuing for all he’s worth and with a ridiculous plaited pony tail. A strong emotional core is introduced, then drowned in melodrama in a story that’s way too long.

It’s a comment on editorial standards that most of this material was published in the first place, and a mystery that DC thought anyone would buy it again in 2008.