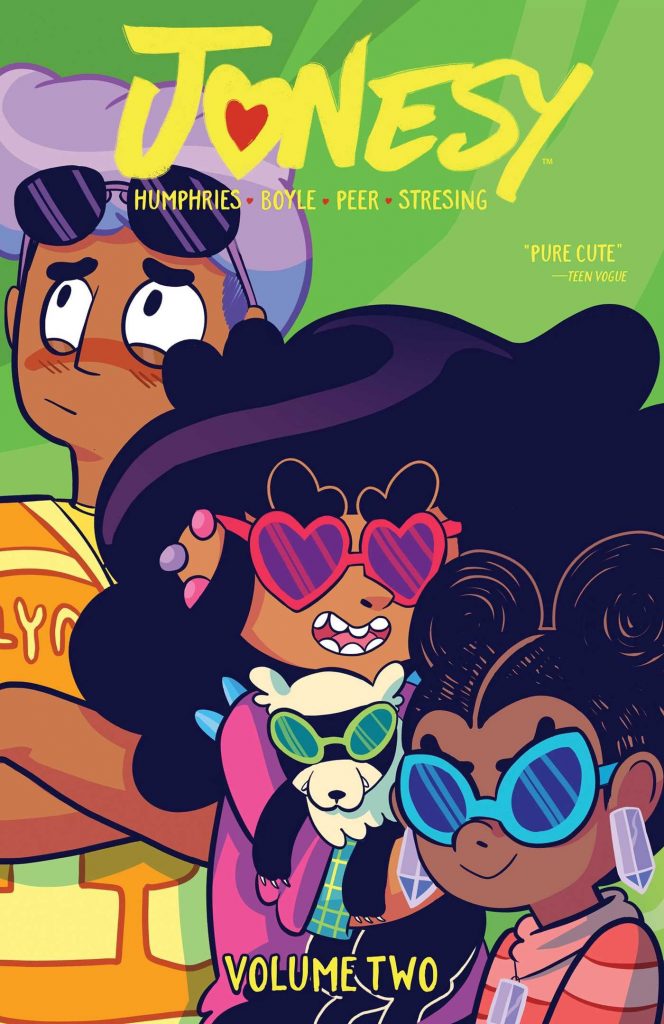 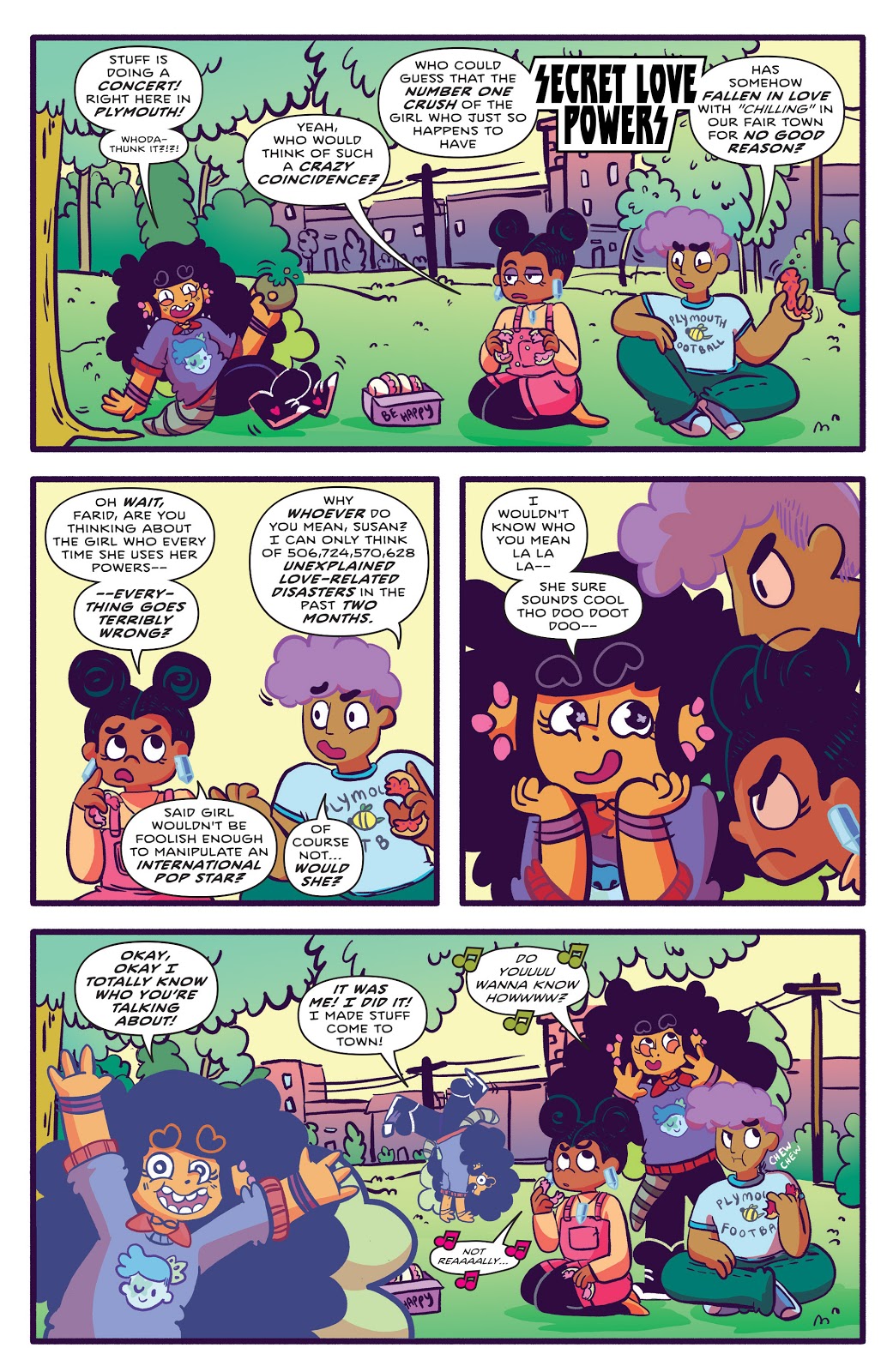 Jonesy can make people fall in love. Not just with each other, but with ideas and things, a technique that conveniently also works on large groups, and as we now discover, it’s a talent that even works over the phone, as Jonesy’s favourite pop star Stuff has decided to visit her home town and arrange a gig. He’s hilarious, entirely self-absorbed in believing his own publicity, and constantly generating one ridiculous idea after another, convinced they’re all great. While Sam Humphries lays the groundwork, Caitlin Rose Boyle brings him to nauseous life, posing him primly and dressing him in gear as daft as his creations. The stack sole flip-flops are marvellous. Also coming into her own is Jonesy’s high living Aunt, only given a cameo in Volume One, but now a source of frequent inappropriate advice.

Brittany Peer tones down the colouring from its previous maximum brightness, which is an equally viable approach, especially as Humphries has moved the stories if not into darker areas, certainly into issues that Jonesy needs to address. Because the tone until that point has been kept resolutely light and superficial it’s the opening of another door, and it sits uneasily with the remainder, because once the door has been opened, resolving the issue in sitcom style without any depth or substance is cheating. All things considered, it was possibly the wrong way to handle the return of Jonesy’s mother.

The collection ends with Jonesy’s best friend desperate to visit a club to see her favourite singer. She’s set a stumbling block by forbidding Jonesy to use her powers, as something always goes wrong when she does, but traditional scams aren’t working. It’s Jonesy back on track, funny and frothy and with another killer cliffhanger ending to lead into Volume Three.