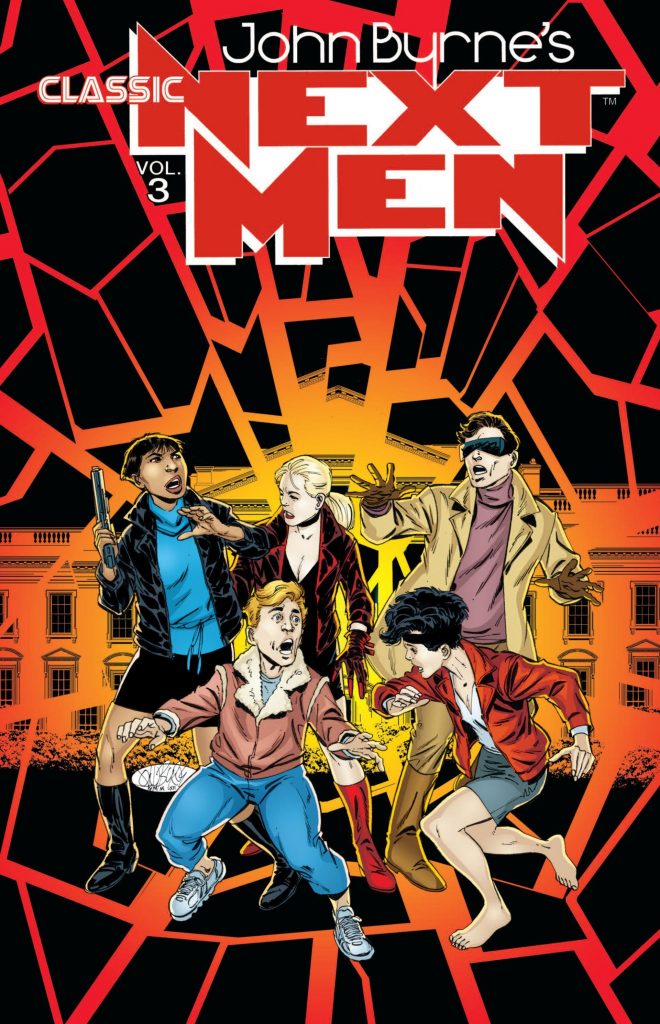 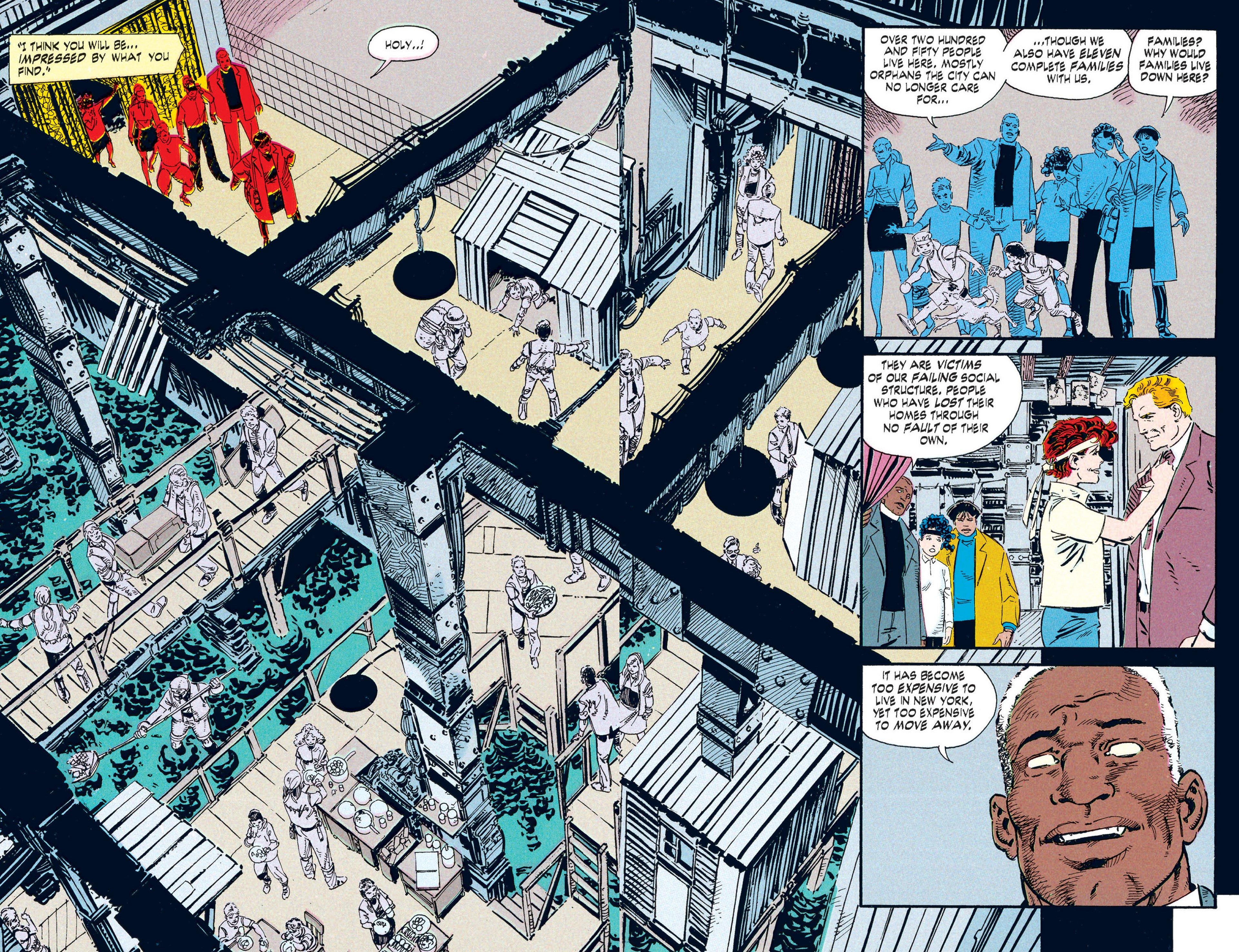 Volume one of Classic Next Men began with an extended story set in the future. It seemingly had little connection to the main continuity beyond Sathanus arriving back in the past and passing on advanced technology permitting the development of genetically engineered teenagers with super powers. A second arrival from the future in this collection means the emphasis shifts to an exploration of how the Next Men are inadvertently responsible for that future, and how that’s already begun.

This content was collected as Faith, Power and Lies, but what makes this a better presentation is the inclusion of the ‘M4’ back-up strips that featured in the Next Men comics, omitted from those 1990s reprints. It starts by focussing on a minor character from the main strip, and continues in four to six page instalments veering off in what seems to be a completely different direction of a succession of melodramatic endings. Very Perils of Pauline in fact, but there is a greater connection with the main feature, and the reintegration is very smooth. Except it didn’t work in the earlier reprints missing the ‘M4’ strip.

Under three literal titles, Byrne presents three very different stories, but each of them moving further toward concluding the plots set in motion from the start, with control of the White House at stake. Early on Byrne completes the story of how a villain from the future has been in the present day since 1955, and how their technology was used to create the Next Men. It poses the puzzle as to who they are, but that’s possibly something that will be guessed before the revelation. Although titled Next Men, the series is as much about the effect the Next Men have on the world around them rather than conventional superhero action, and it involves an ever widening cast drawn into their orbit, and influencing what in some respects are very naive personalities. That’s something brought home in a deliberately sleazy and shocking sequence toward the end. The concentration on others means individual Next Men are frequently sidelined, and they’re not all together beyond the first sequence.

Byrne’s art is a succession of superbly considered pages, solidly designed with sympathetic visual personality definition. The middle section returns in part to the standard superheroics that Byrne’s always been good at, introducing some intentionally ridiculous new characters alongside some better known borrowed from other creators, with Mike Mignola even stopping by to draw the Hellboy sequence. Byrne’s approach involves constantly flitting between different people, which also makes a bulky collection like this preferable to the slimmer original volumes.

While it doesn’t wrap up everything neatly, this could be viewed as the satisfying conclusion to a season, a concept not prevalent when Byrne took a sixteen year hiatus after completing the final pages. It picks up again with the 2010 publication of IDW’s Volume One. This content would subsequently be reissued in hardcover as the third Premiere Collection, and can be found in black and white as Compleat Next Men volume two.