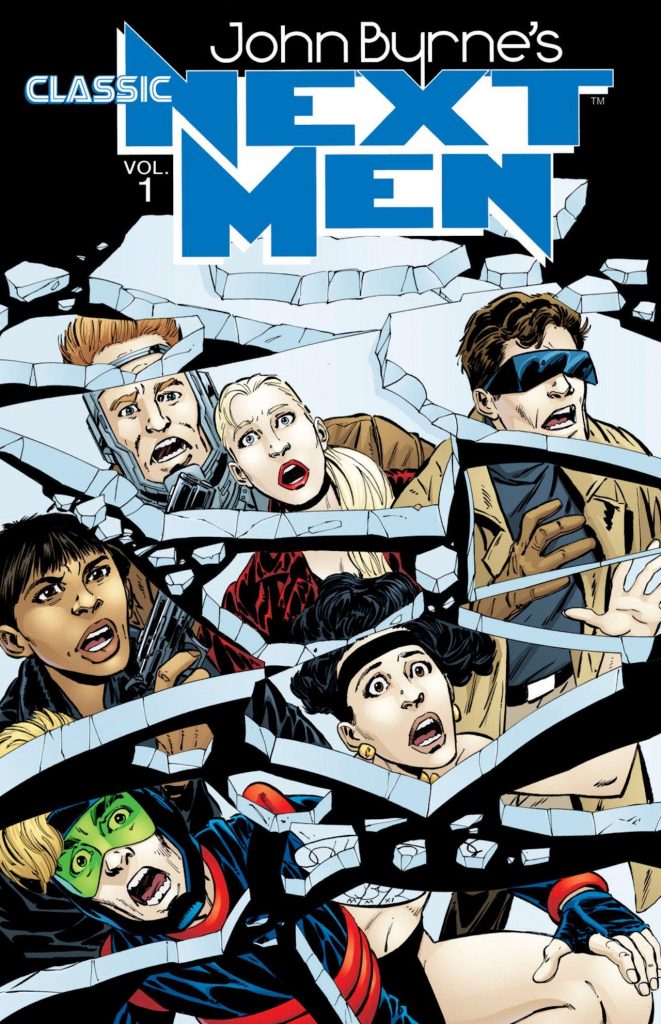 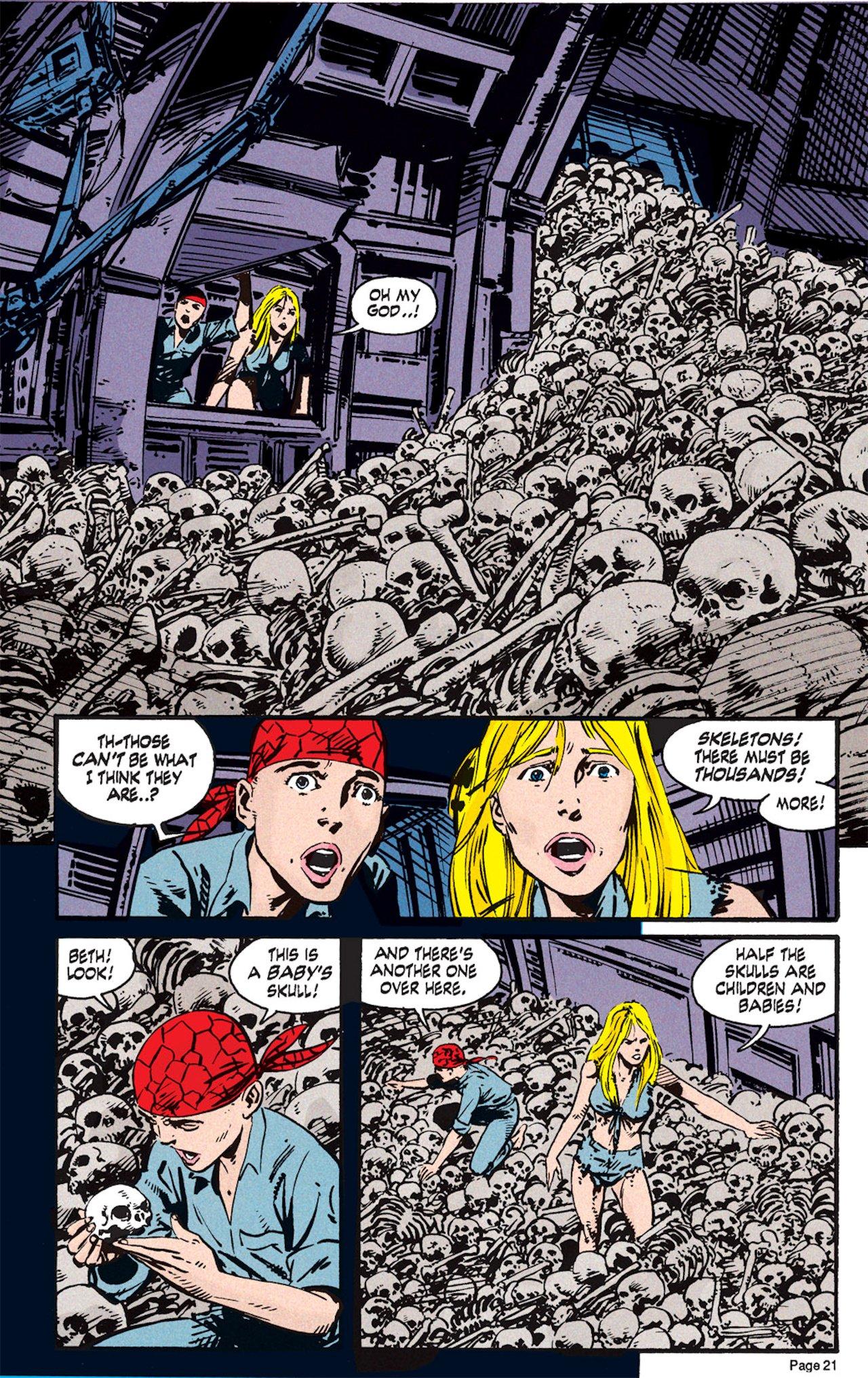 Despite originating in 1992, Next Men is surprisingly contemporary due to John Byrne’s decision to drop many of the techniques that had seen him through the previous decade as the pre-eminent writer/artist of superhero comics. Byrne stopped using thought balloons, and paced his story in a decompressed fashion unusual for the time, although still featured enough incident for what occurs over a 24 hour period (the final chapter apart).

When collected in 1992 as Next Men Book One, Byrne resequenced the material, starting with the dip back into the past that ends this book. This is the story as originally serialised, and although the differences aren’t enormous, it’s a slightly better read with greater mystery about how a corrupt senator came to be running genetic manipulation experiments years beyond contemporary science. The results of that process are the Next Men, modified teenagers who awaken from their comatose fantasy world shortly before their planned execution in a cover-up. They each have a basic super power, but Byrne’s interest is in producing an action thriller rather than a superhero story, again forward thinking and pre-empting the way Marvel’s 21st century TV shows work.

Artistically Byrne was at the top of his game, producing page after page of clearly defined action, visual personality and distinct people. He’s also cut down the dialogue, producing many wordless sequences, letting the art show what’s happening. Byrne’s stories often attempted to get to grips with the nuts and bolts of how super powers worked, and he comes up with a couple of interesting innovations, such as his speedster’s legs being extremely muscled in proportion to the rest of his body. One of the characters is a bulky super strong type, but Byrne otherwise depicts the main cast as uncertain and vulnerable teenagers. In what overall is noticeably darker than Byrne’s usual material to that point, he succeeds in laying solid foundations for a series.

The Next Men’s story is prefaced by what was originally a separate project titled 2112. For a long time there appears to be little connection between the title feature and this glimpse into a future where policing and military action has been placed under corporate control autonomous of political systems. In passing Byrne details a planet devastated by climate change, but where technological progress has saved the day, threatened by a villain able to drain the life essence from others to perpetuate his own existence. The key is that the future has come about due to tampering in the past, and one brave maverick is attempting to put things right. It’s fun, with some interesting ideas, owing a little to Jack Kirby, but never really escapes the genre restrictions, meaning it would make a fine loud action movie.

In addition to Next Men Book One (which is missing 2112), this content is also available in the volume one of Compleat Next Men in black and white. Alternatively the Next Men stories are available as the first hardcover Premier Collection, which also incorporates some of Volume Two. 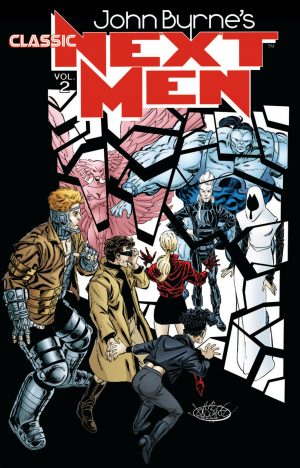 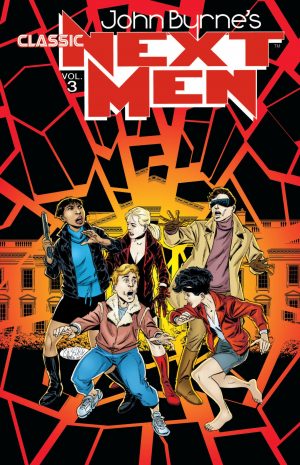