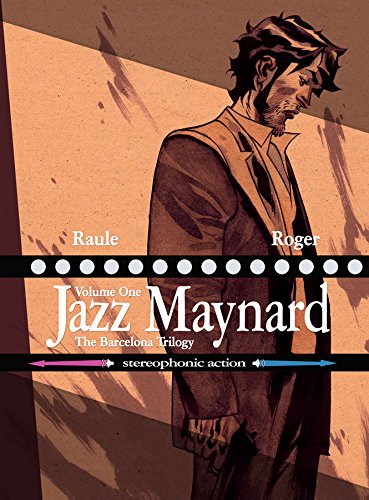 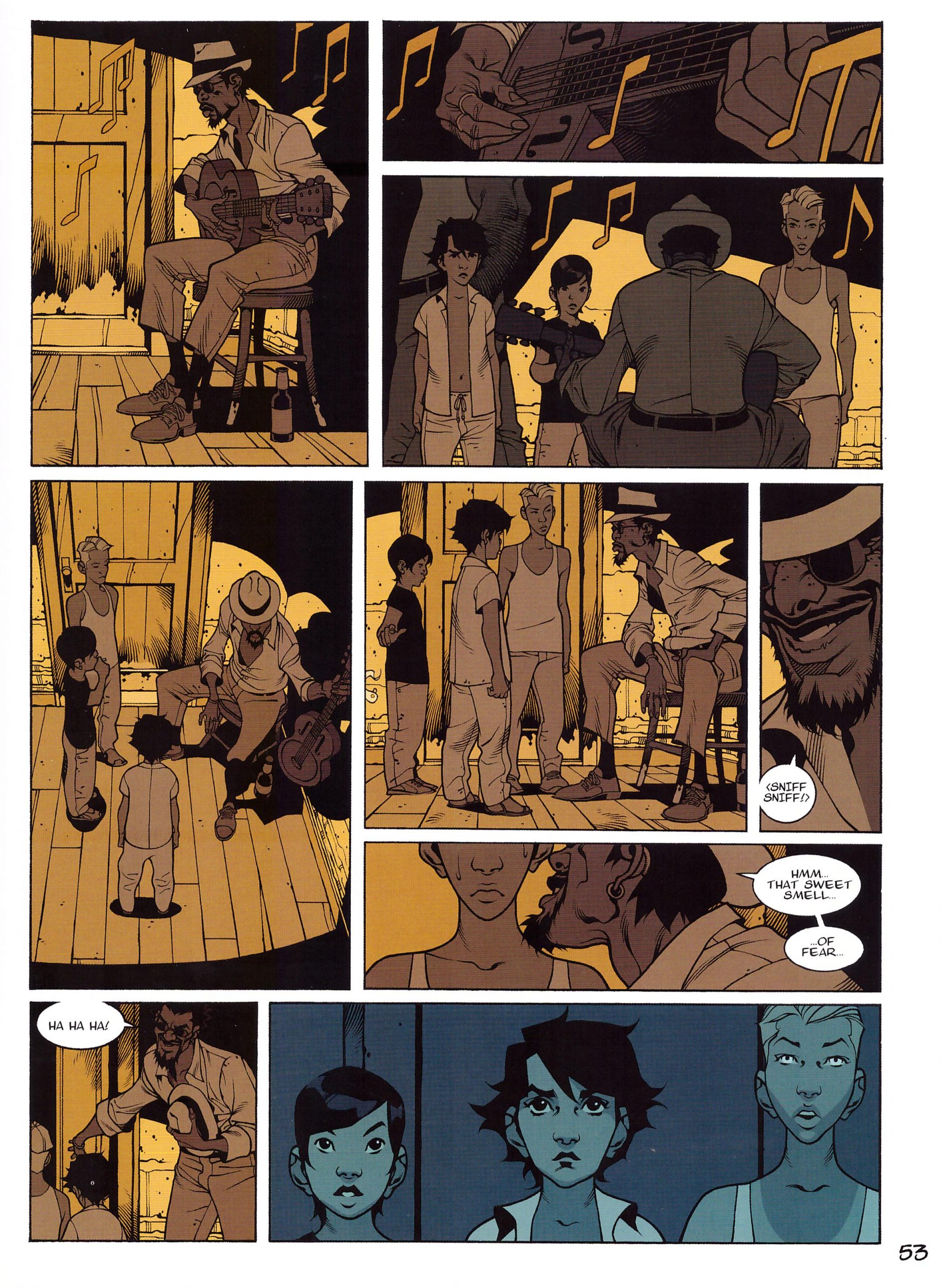 It’s been ten years since Jazz left Barcelona, and scuffed up on his return he’d still prefer to visit disreputable old haunts than visit his family. Unfortunately for him, though, his more recent past catches up with him very quickly, and El Raval district has deteriorated further since back in the day. It seems the reduction in crime figures can be attributed to something sinister and connected with teenage girls disappearing.

Becoming used to the exaggerated people Roger (Ibañez) populates the world with takes time because they constantly catch the eye for the wrong reasons such as heads slightly too small for their bodies, necks that are too long, and thin-featured faces. It’s a consistent style over three volumes combined for Barcelona, but none the less disarming. The locations are likewise compromised. Whether Barcelona or New York, Roger works at defining the sleaze, yet diminishes that work by covering entire pages in shades of brown. It makes what should be exciting look dull, and even when he departs from that for the third section, his preference is still for washes over an entire page rather than individual colours.

Jazz is surprisingly accomplished for a man who never has a plan, being a getaway genius, tough guy and amazingly emotive cornet player, but starting the second chapter writer Raule establishes most of these skills as being present from an early age. He’s already set up a sordid world of sex trafficking very young girls, but Raule never settles on what he wants the story to be, in effect producing a Spanish version of the 1990s Hong Kong action film. There are enough gadgets for James Bond, numerous targets, unravelling ties between people going back decades, and a plot of political corruption. Amid all that few characters really ring true. The gangsters are cardboard, and while Raule makes use of then up to the minute technology when it suits him, a key point is also a briefcase full of compromising paperwork, as if it’s still the 20th century.

It’s a shame credibility is lacking in so many places, as there are sequences where Raule and Roger get everything just right. Near the end a four page stand-off involving several parties is structured for maximum tension, followed by six pages of great action and some neat work in tying up everything logically while ensuring the neighbourhood remains safe. However, to ensure the efficient finish requires a grossly over-complicated plot pulling away too many metaphorical rugs.

There is no credit for book production, but whoever’s responsible deserves recognition. The matt covers have slightly raised gloss text, and the rounded covers of this album-sized collection complete a stylish design. 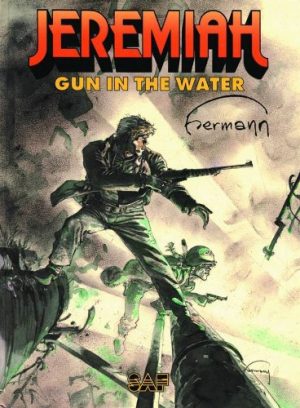