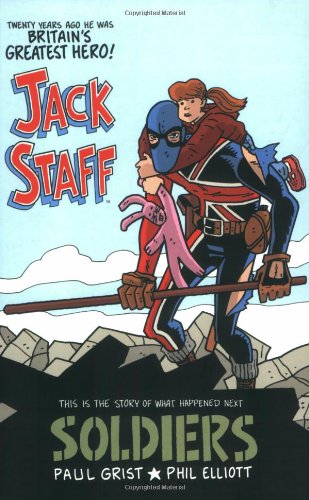 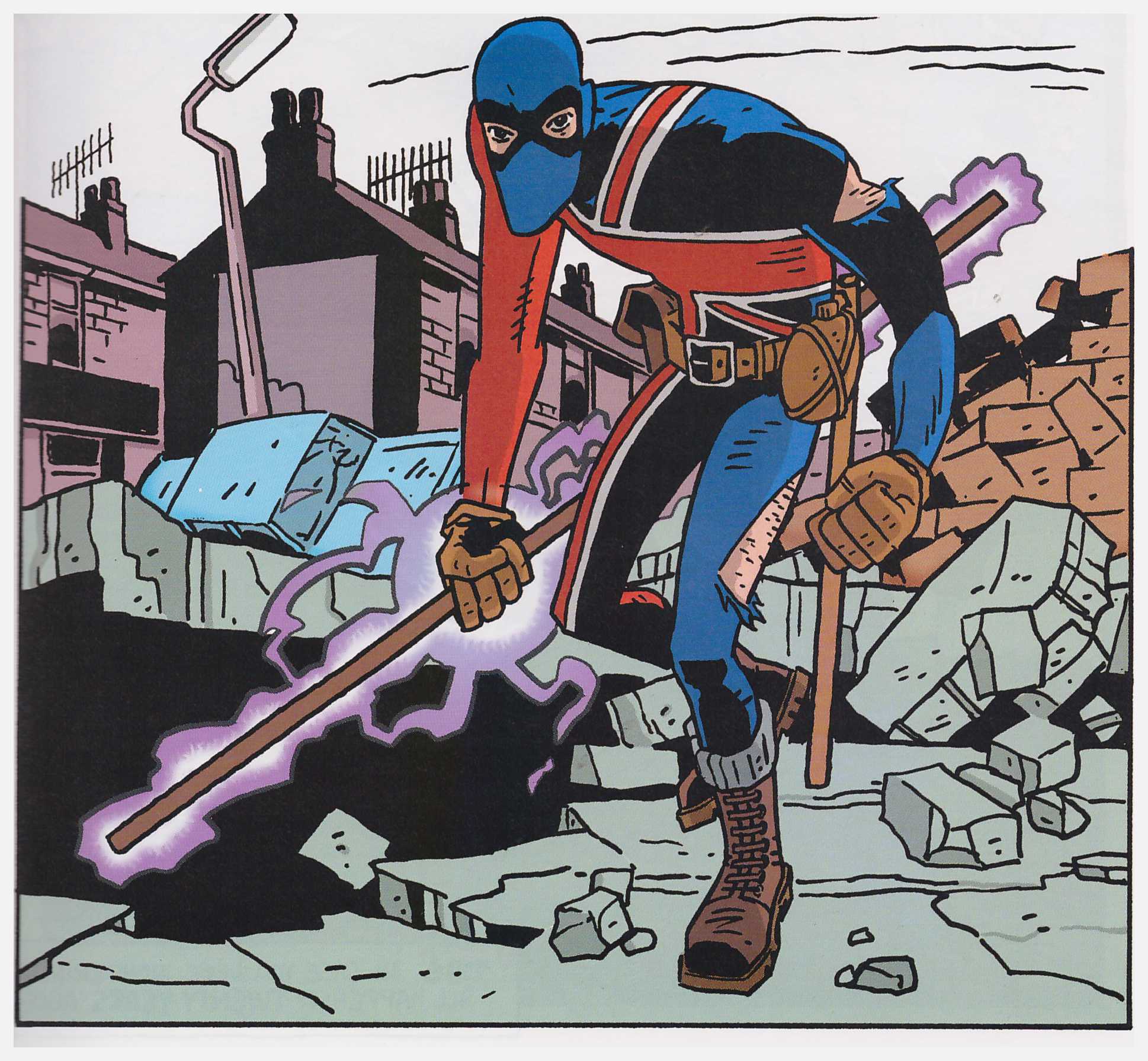 There’s a slight feeling of deja vu over the opening chapter of this collection, with Paul Grist re-treading old ground to introduce his characters again. This is because, although volume two, it collects issues from a new series of Jack Staff, now in colour, supplied by Phil Elliott, and distributed to a wider audience via Image publication. Grist self-published the content of Everything Used to be in Black and White.

Move past that first chapter, though, and it’s as you were. Grist adroitly manipulates a large ensemble cast, switching the focus between them in bite size pieces, much in the manner of a TV drama, and is still able to characterise everyone. That is apart from Jack himself, who remains somewhat the blank slate. He does what’s right, is a heroic archetype, but the story is told around him rather than by him. That’s not the problem it might be elsewhere as the cast with which he’s surrounded is colourful and Grist is again playing with versions of characters from the British comics of the 1960s.

The primary threat spins out in the present day and in a parallel set of circumstances from twenty years previously, as a monstrously enraged super soldier is accidentally let loose on Castletown. In the present day citizens are experiencing brief spells of aggressive rage. Grist cleverly equates Hurricane with both his inspiration and the Hulk, while making some points about military chiefs who can’t see the wood for the trees.

Becky Burdock, Vampire Reporter, continues to have an important role, even if she’s not sure what that is, and had her effect in the past also. She’ll have a more profound influence on the following Echoes of Tomorrow. Elsewhere we revisit hard-nosed police inspector Harry Maveryk, here openly equating himself to his 1970s TV analogues, and the ethereally odd trio comprising Q, a unit investigating mysteries beyond the norm.

Every comic Grist produces is infused with a sense of fun, and the bright, flat colours emphasise this. Soldiers is a well-plotted and well-drawn, yet offbeat superhero comic that should have received far more attention. You can rectify that now.