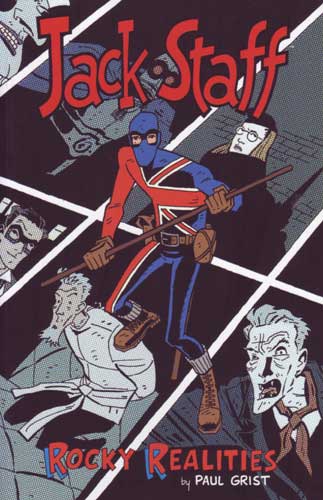 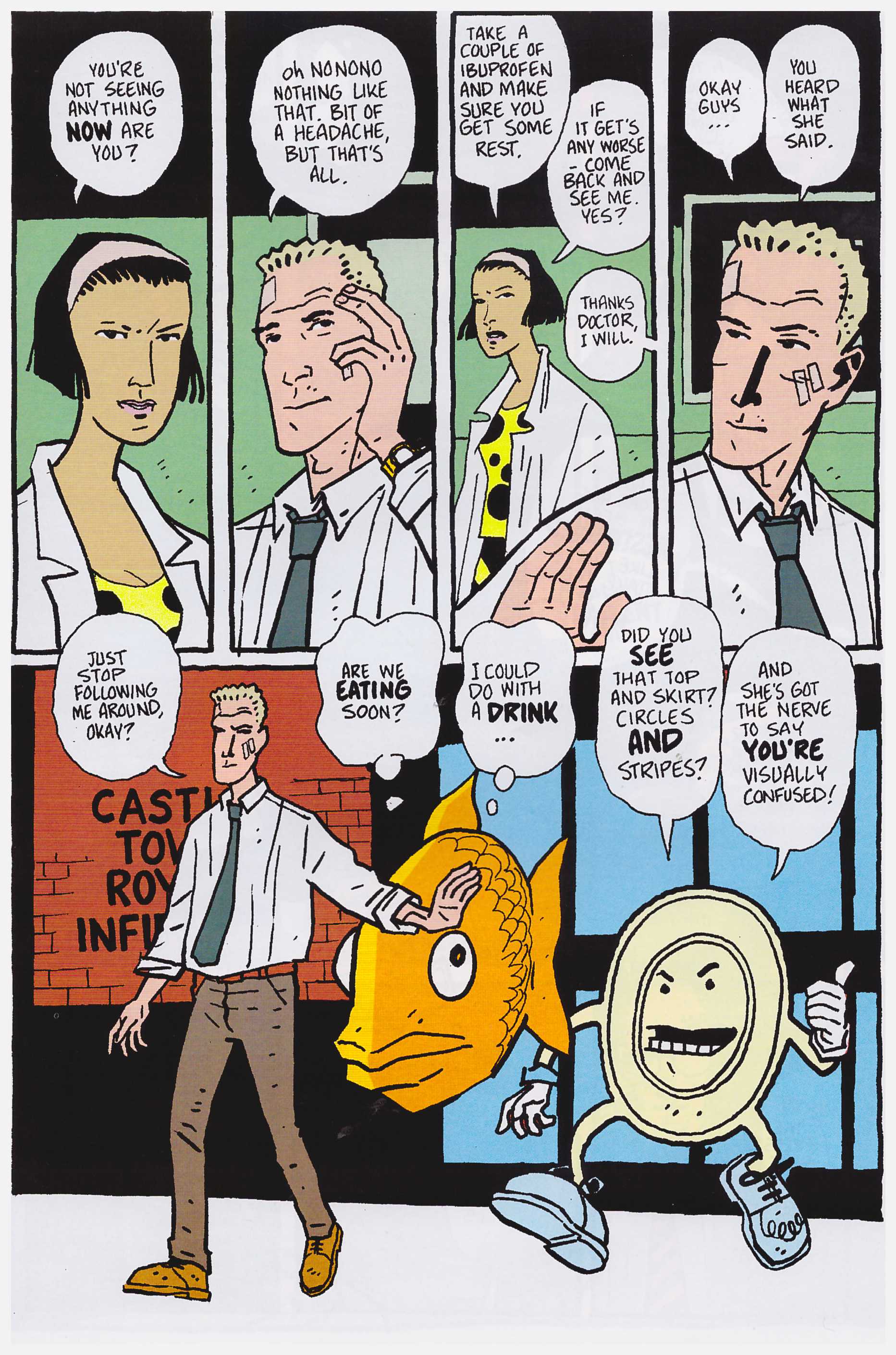 What needs understood about Jack Staff is that despite the title character, it’s an ensemble production. Among others featured here are vampire hunters Bramble and Son, Becky Burdock (Vampire Reporter), old fashioned copper Detective Inspector Maveryk, Sgt Zipper Nolan haunted by the manifestations of the dream world he created as a child, Tom Tom the Robot Man, the Eternal Warrior, and around a dozen others. Some are new to this volume, such as Rocky Reality, the temporal reality agent charged with correcting anomalies amid faulty alternate realities. And he’s a chimp.

One could never accuse Paul Grist of lacking ambition. Every volume of Jack Staff is idea-packed, and the assorted plots he sets in motion cover the supernatural, science-fiction, comedy, and superheroics, but never of the standard or garden variety. A seemingly unbeatable villain has a secret. We see life as it might be for John Smith and Becky Burdock. The Claw moves increasingly into the spotlight, and several characters are confronted with alternate versions of themselves. Amid all this there are connections, but they’re not always obvious.

Grist’s art is ever-maturing, and what appears to be simple cartooning conceals a great complexity, with the storytelling both unique and effective. Around the midway point Albert Bramble is one of the cast who meets an alternate reality counterpart, one that’s hostile to him. As they dance around each other Grist portrays their interaction in manner that also has them dancing around panels relating the actions of associated characters.

For all the increasing confidence and sophistication of the layouts, this is a marginally less satisfactory volume than the preceding three. The only frustration about Jack Staff is that every book raises many new puzzles without clearing up those already having the readership scratching their heads. With Rocky Realities Grist has dropped the formula of each story arc unwinding in parallel with events of the past, but in doing so he’s also loosed an anchor. The preceding Echoes of Tomorrow surprised with the manner in which the past connected, but here there are so many balls in the air that many remain there.

Unfortunately, not all plots are concluded, and the six issues of The Weird World of Jack Staff addressing most of them were never collected into a trade paperback. They’re recommended to anyone who’s enjoyed the series to date. Grist would then turn his attentions to Mudman. 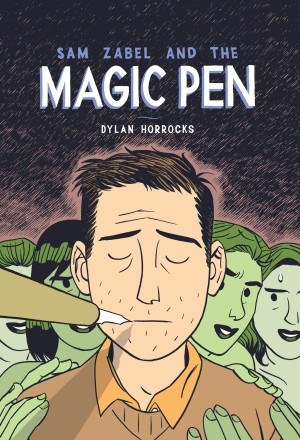