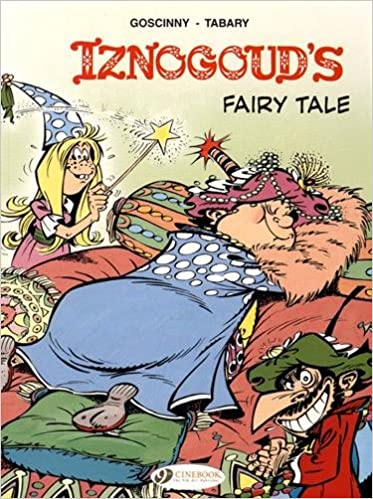 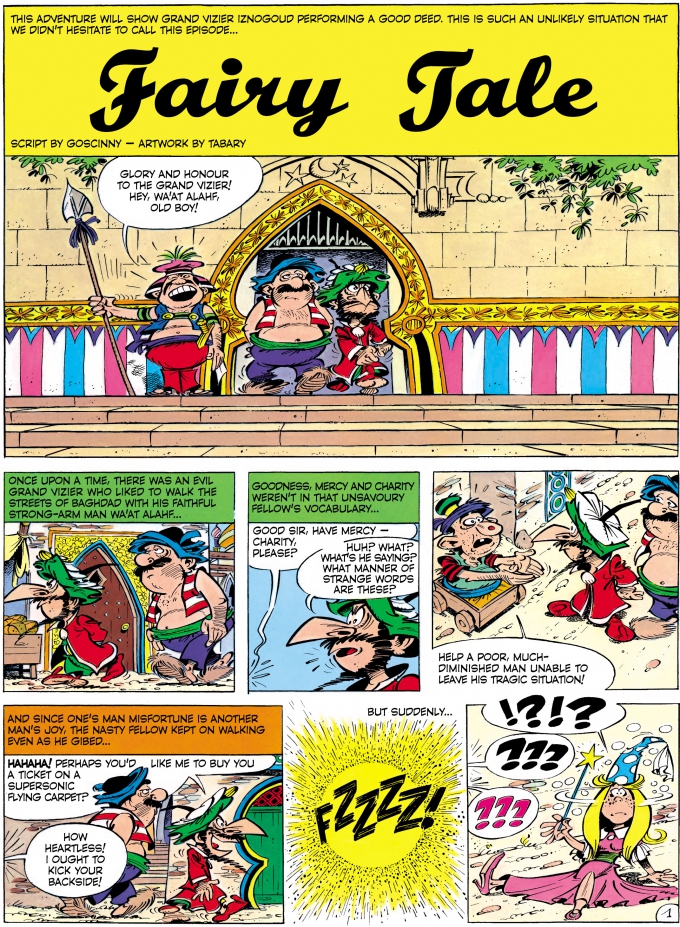 The title, Iznogoud’s Fairy Tale, is a very fair description of the contents of this volume, the twelfth in a series of English translations issued by international graphic novel specialists Cinebook.

Set in a neverneverland old Baghdad, the Adventures of the Grand Vizier Iznogoud albums always contain at least one strip with a fantastic scenario or magical setting. And despite the plentiful supply of gags spun around 1960s and 1970s topical concerns, some of them now hopelessly obscure, Iznogoud is clearly pitched at younger readers, more so than say writer René Goscinny’s immensely popular Asterix series.

The repetitive, formulaic structure of almost every Iznogoud strip – with endless variations expertly finessed by Goscinny and artist Jean Tabary – also has the same childishly pleasing predictability that partly defines the fairy tale. Iznogoud wants to depose the benign ruling Caliph, Haroun Al Plassid, and become Caliph himself. In order to do this he cooks up some doomed-to-failure, highly convoluted, crackpot scheme, often involving a magical object, and often with the reluctant assistance of his faithful strong-arm man Wa’at Alahf (painful puns are also a trademark of the Iznogoud universe). Almost always, Iznogoud is tantalisingly close to achieving his desire, only to be frustrated – and ironically punished – at the last second. So as well as being fairy tales, the Iznogoud strips are also fables of thwarted ambition and anxious, deadline-driven failure, all rendered in an appropriately manic, jagged line style by Tabary.

True to form, the longest story, the 16-page ‘The Magic Minarets’, sends Iznogoud on a surreal odyssey involving ogres, wizards, mermaids and Patchouli, the genie of the censors, not to mention a group of outraged readers demanding that Iznogoud finally be allowed to succeed in his aim of becoming Caliph instead of the Caliph. Let’s not give away the big reveal at the end, except to note that given the luxury of a full final page, Tabary sure draws a mean pinball.

In his scripting, Goscinny is never afraid to break the fourth wall and directly address the reader, play with the conventions of the comic, even satirise his own creations (Lucky Luke makes a hilarious guest appearance in ‘The Magic Minarets’). So all in all, Iznogoud is a very postmodern, even cynical kind of fairy tale, perfect for a time when the idea of moral lessons and happy endings can seem as blissfully naïve as a dozing Caliph. 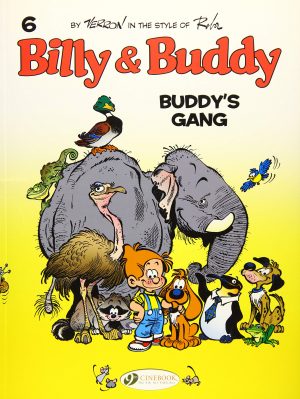