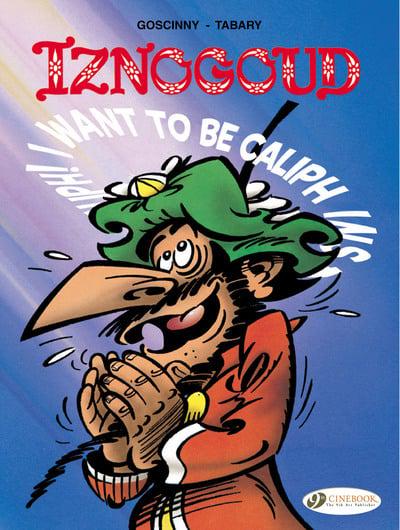 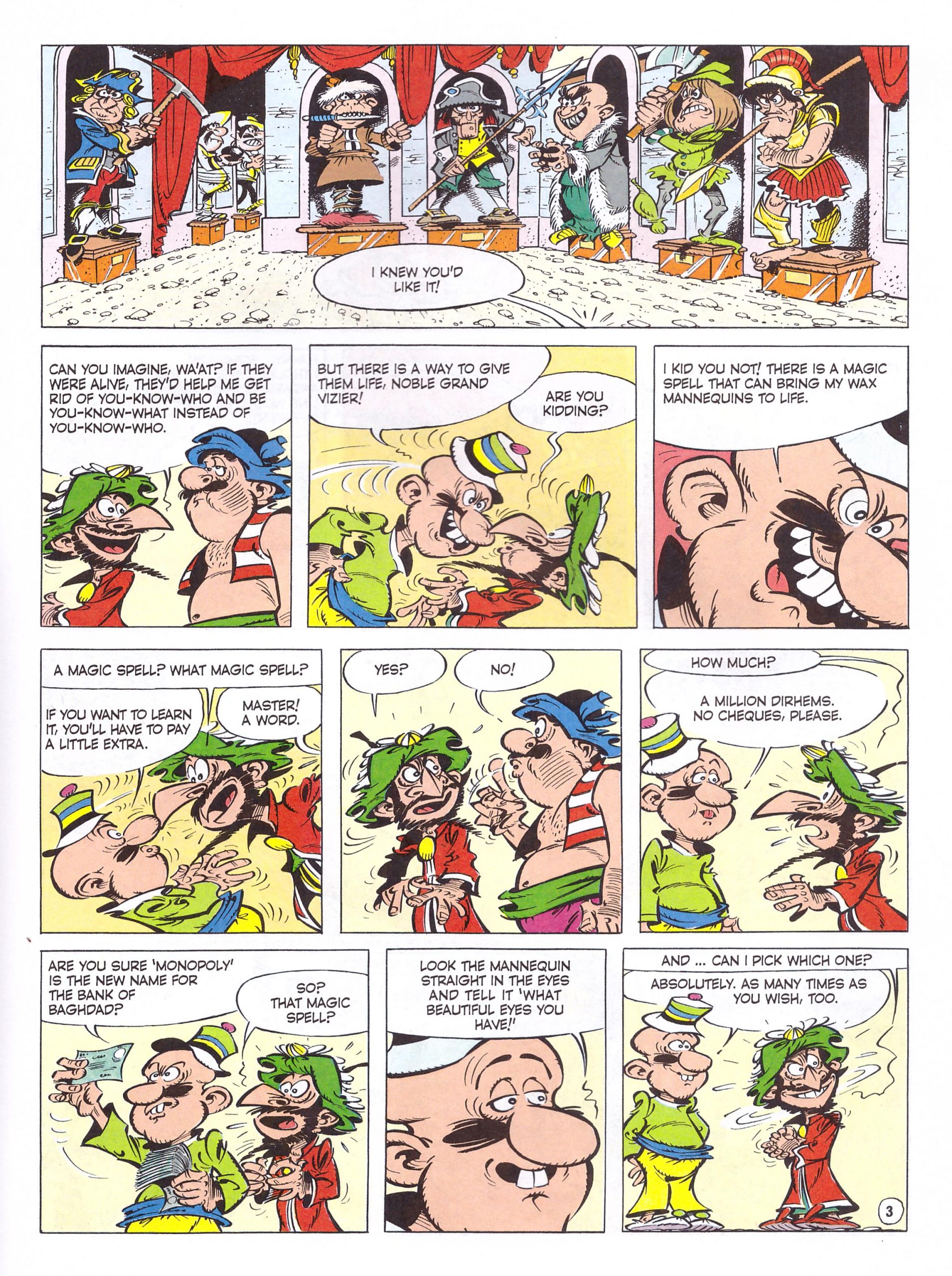 This collection of five eight-page Iznogoud strips was first issued in France in 1978, the year after the tragically early death of writer René Goscinny. The title finally gets round to putting Iznogoud’s most famous catchphrase front and centre – a mantra-like expression of our wicked anti-hero’s permanently frustrated desire to supplant the current ruler of old Baghdad, the good Haroun Al Plassid. A brief introduction from English language publishers Cinebook even claims that “I want to be Caliph instead of the Caliph” has become a household expression in France.

These late period Iznogoud strips seem to lean even more heavily than before on self-reflexive humour and fourth wall-breaking dialogue between the creators and their audience. In lead story ‘The Inspection Spectre’ (which begins with a lovely large spooky panel by Tabary), Iznogoud and his faithful strong-arm man Wa’at Alahf complain about Goscinny’s constant punning – always a challenge for any translator, here met well by Jerome Saincantin, following in the hallowed footsteps of previous English translators Anthea Bell and Derek Hockridge.

Then in ‘Wax Museum’, when Iznogoud and Wa’at Alahf visit a gallery of waxwork dummies depicting “the most ferocious, most infamous assassin that ever stalked or will stalk the Earth”, the pair are mistaken for Asterix and Obelix by the magically animated figure of Brutus (“adoptive son of Julius Caesar and one of his assassins”, a footnote helpfully reminds us). Brutus later points out to Landru (“French serial killer from the early 20th Century, known for getting rid of his victims’ bodies in his stove”) that Asterix and Obelix, Goscinny’s most famous creations, have “often been accused of misogyny”.

This story perhaps more than any other Iznogoud yarn touches on some pretty black comedy, although here it’s counterbalanced by the purely fantastic fantasies of ‘The Eggs of Ur’ and ‘The Voracious Cushion’, surely a band name-in-waiting for some well-read progressive rock outfit.

Even after twelve previous volumes, Goscinny and Tabary’s polished craft and commitment to the material shows no signs of slackening here and certainly justifies Tabary’s decision to continue the series by himself, in volumes yet to receive a Cinebook translation. 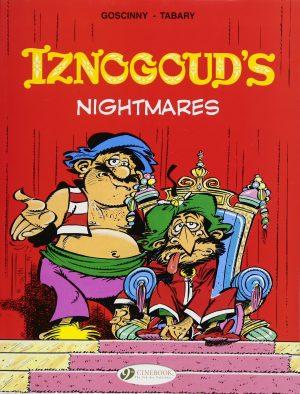