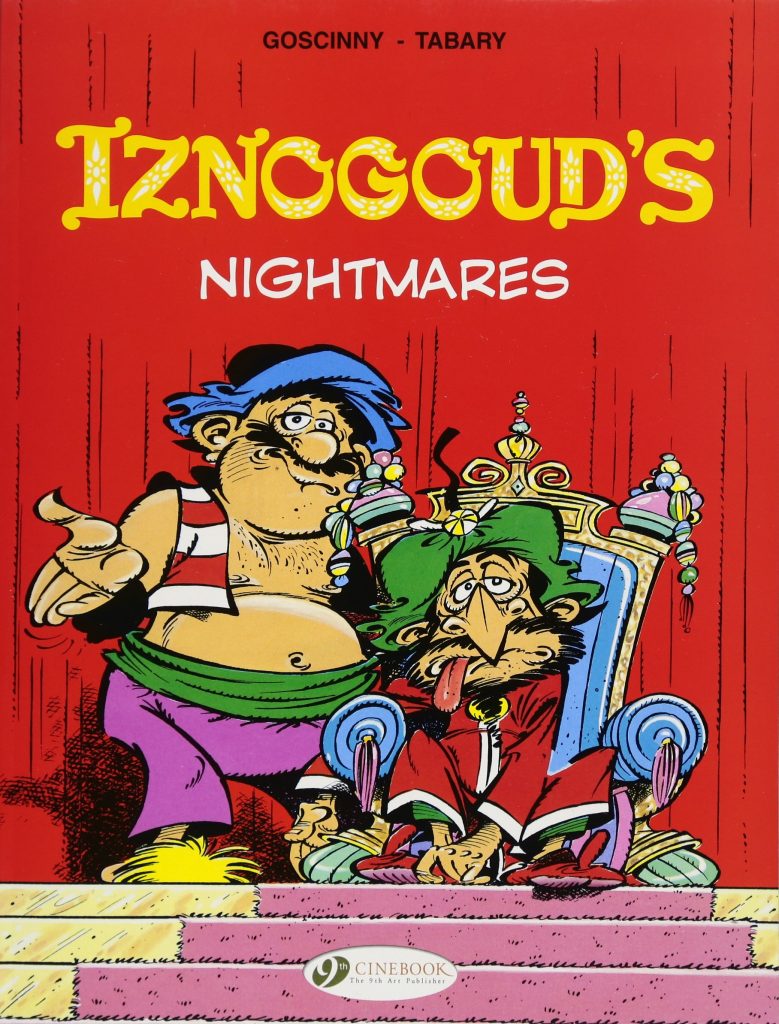 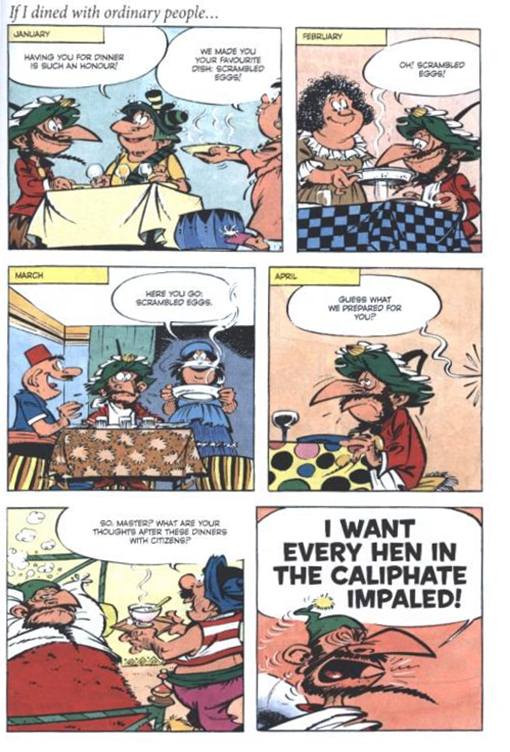 After thirteen volumes of frequently inspired and always immaculately crafted comedy, this final Iznogoud album featuring work from co-creator René Goscinny is something of a damp squib.

Rather than collecting four or five Iznogoud strips, all revolving around the wicked Grand Vizier of old Baghdad’s doomed attempts to become Caliph instead of the Caliph, Iznogoud’s Nightmares brings together a number of one-page gags. These were originally published between 1974 to 1979 as a weekly column in the French newspaper Le Journal du Dimanche.

Entitled ‘The Horrible Iznogoud Comments on the News’, these “irreverent takes on current affairs” (in the words of Cinebook’s introductory text), wherein Iznogoud proposes callous or Machiavellian political solutions to the dilemmas of the day, were written by Goscinny – and then by journalist Alain Buhler after Goscinny’s death in 1977 – and drawn by regular artist Jean Tabary.

Possibly obscure even at the time to non-Francophile readers, a number of these frequently incomprehensible dialogues now require footnotes to explain the finer details of political engagement in the 1970s. Even with some helpful context from Cinebook, say on French Prime Minister Jacques Chriac’s state visit to Iraq in 1974, or the end of capital punishment in Spain in 1975, the actual punchlines almost always prompt a head scratch rather than a laugh or a grin. Even Tabary seems below par, drawing in a larger, close-up panel style that doesn’t admit much room for his more intricate backgrounds and decor, always a highlight of the strip.

The regular Iznogoud albums retain an all-ages appeal that generally only requires contextualising with regard to historical stereotyping, but this time it’s hard to imagine the younger reader who wants to see Goscinny sticking it to Valery Giscard d’Estaing or Idi Amin (caricatured here in an uncomfortably racist manner). Iznogoud completists, a rare but happy band, will need Iznogoud’s Nightmares – but nobody else will. 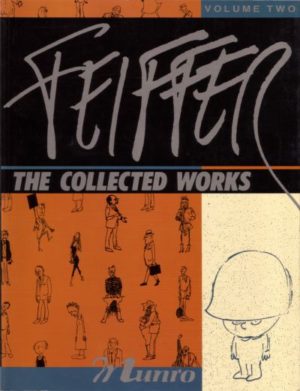