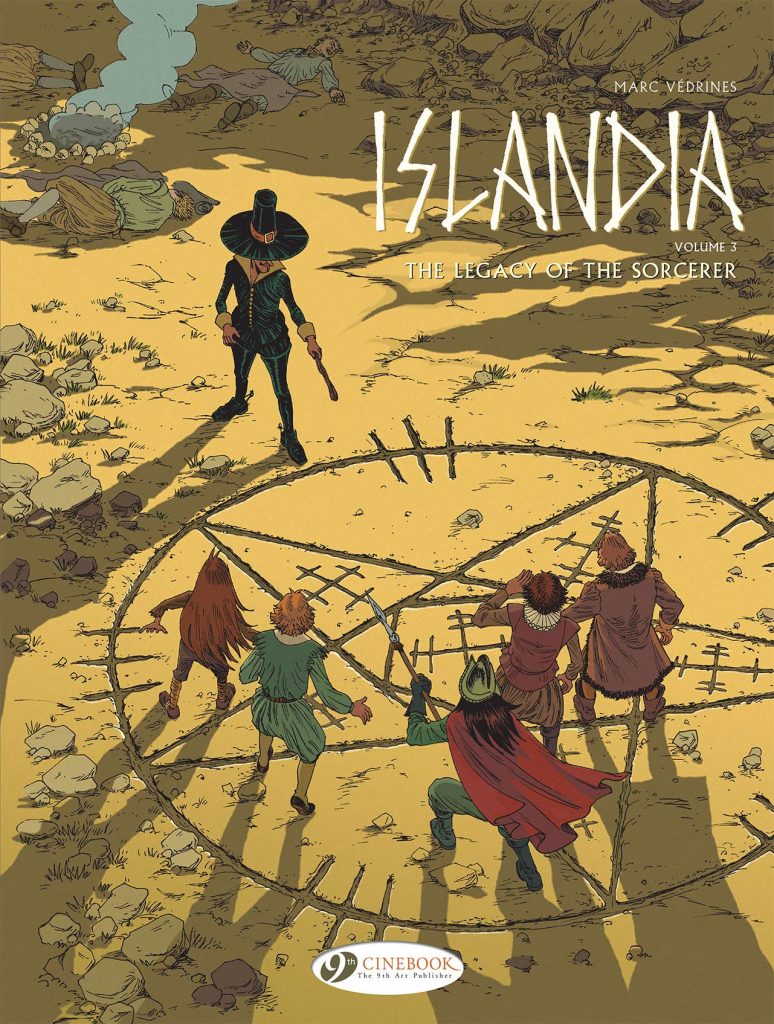 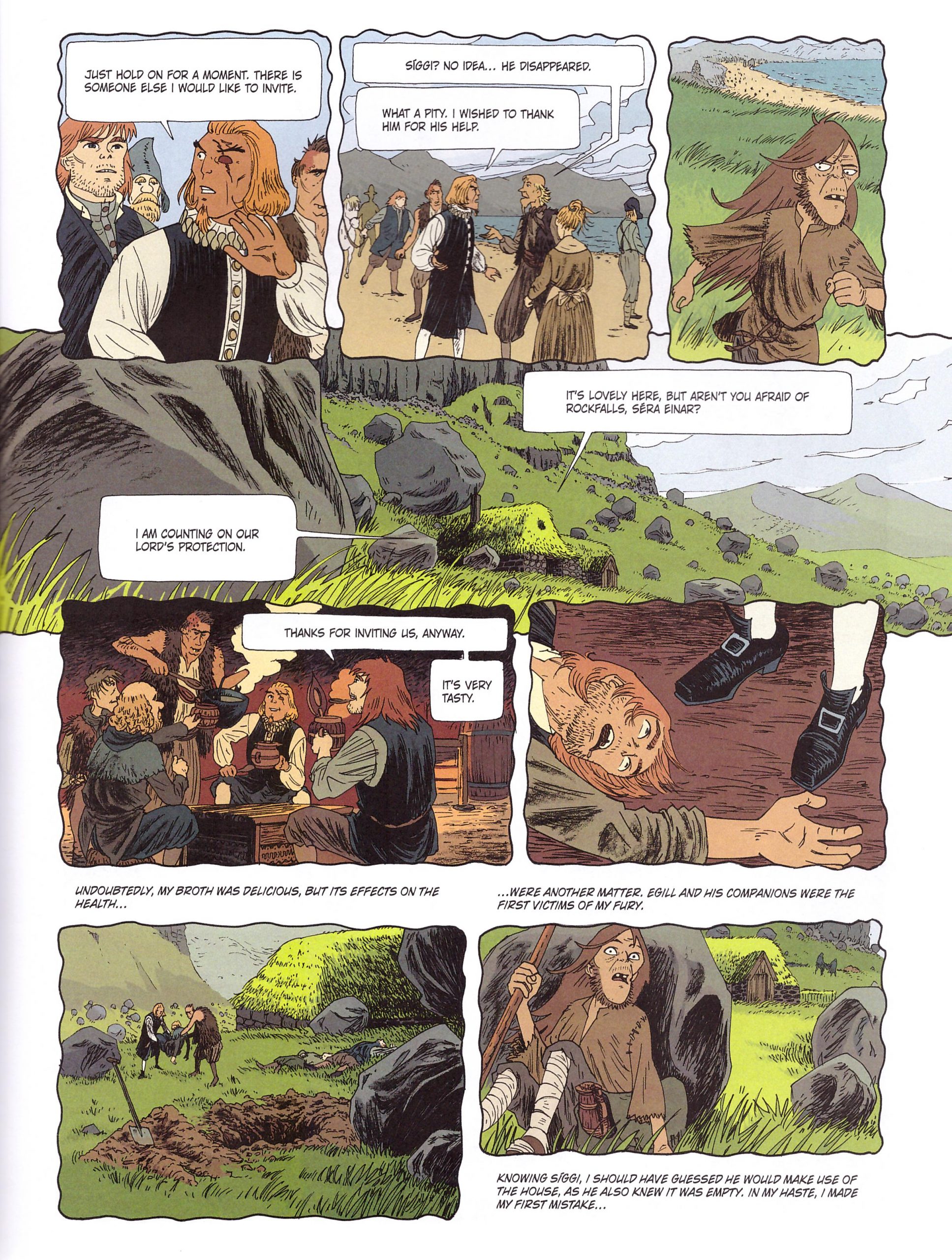 After two volumes Marc Védrines takes an abrupt storytelling shift, firstly by now having the malign presence preying on the poor of Iceland as the narrative voice, and secondly by having him spend most of the book narrating what to him is the past. We eventually become aware that the narrative has taken a leap forward twenty or so years.

The early pages look back to events immediately following the tragedy that concluded The Westfjords, offering greater understanding. However, the way Védrines separates past from present is via panel borders with wavy lines. For a page or so this would be fine, but the flashbacks extend through most of the book, and the look is untidy and unappealing. It’s a pity, as this occurs during scenes where we learn what it is within Jacques that made him yearn for Iceland, and how that’s played out.

What’s set in motion is events we’d have difficulty comprehending entirely in the 21st century, so the Icelandic villagers of a thousand years previously understand even less. A strong aspect of Islandia is how Védrines ties in so much to what we’d now consider superstitious beliefs, while some are more attuned to the mystical than others. Islandia’s previous covers have been more enigmatic, but The Legacy of the Sorcerer’s cover depicts a key scene occurring at roughly the halfway point. It’s clever, and so is the plot overall once it’s revealed. For two volumes we’ve thought we’ve been following one person’s story, but in fact we’ve been following another.

Despite this, The Legacy of the Sorcerer is the series highlight. Up to a point Védrines has learned what is and isn’t necessary to move his story along, although there are two long info-dumps toward the end, and his always strong, personality based art hits new highs (apart from the panel borders). There’s a richness to the depiction of nature and to the supernatural, and in terms of plot almost everything plays out with an internal logic, if also with a fatalism.

Islandia ultimately becomes an alternate history of Iceland, the struggle of the nation to become free and independent reflecting the struggle of a single man to do the same. Make what you will of the ending, as Védrines is far from clear. Are we witnessing a struggle about to begin again, or the granting of a different path?

Over three volumes sense is made of almost everything else, although we never learn the solution to a massive great unanswered question regarding Frenchman Jacques, who’d never been to Iceland when the series began. That’s frustrating. However, given Védrines’ relative inexperience, there’s a lot to admire about Islandia, and it heralds the arrival of an interesting storyteller prepared to do something different, making future projects something to anticipate.