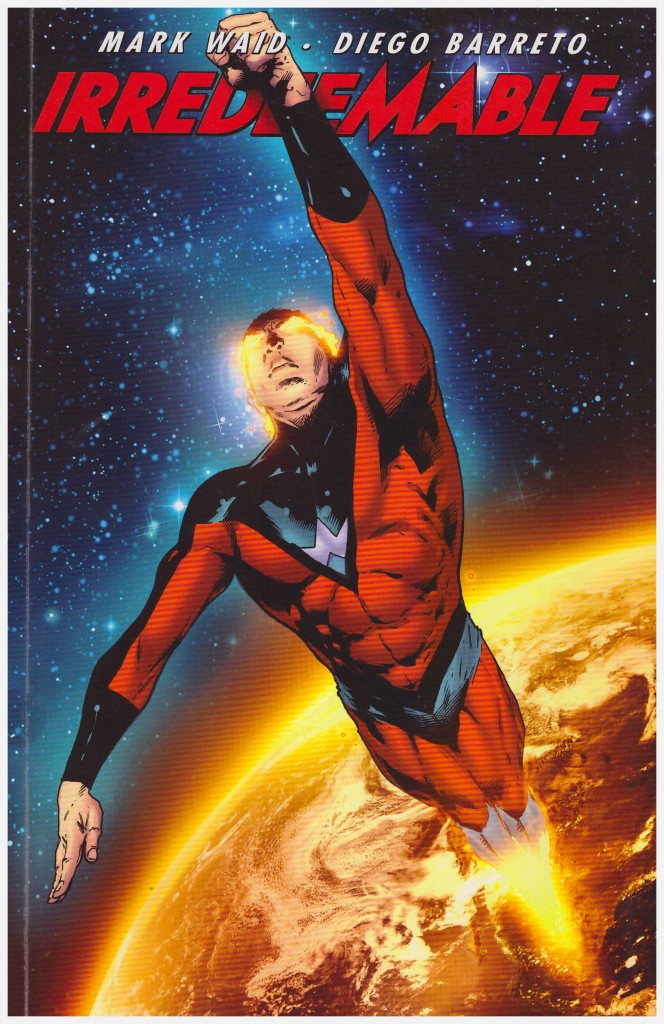 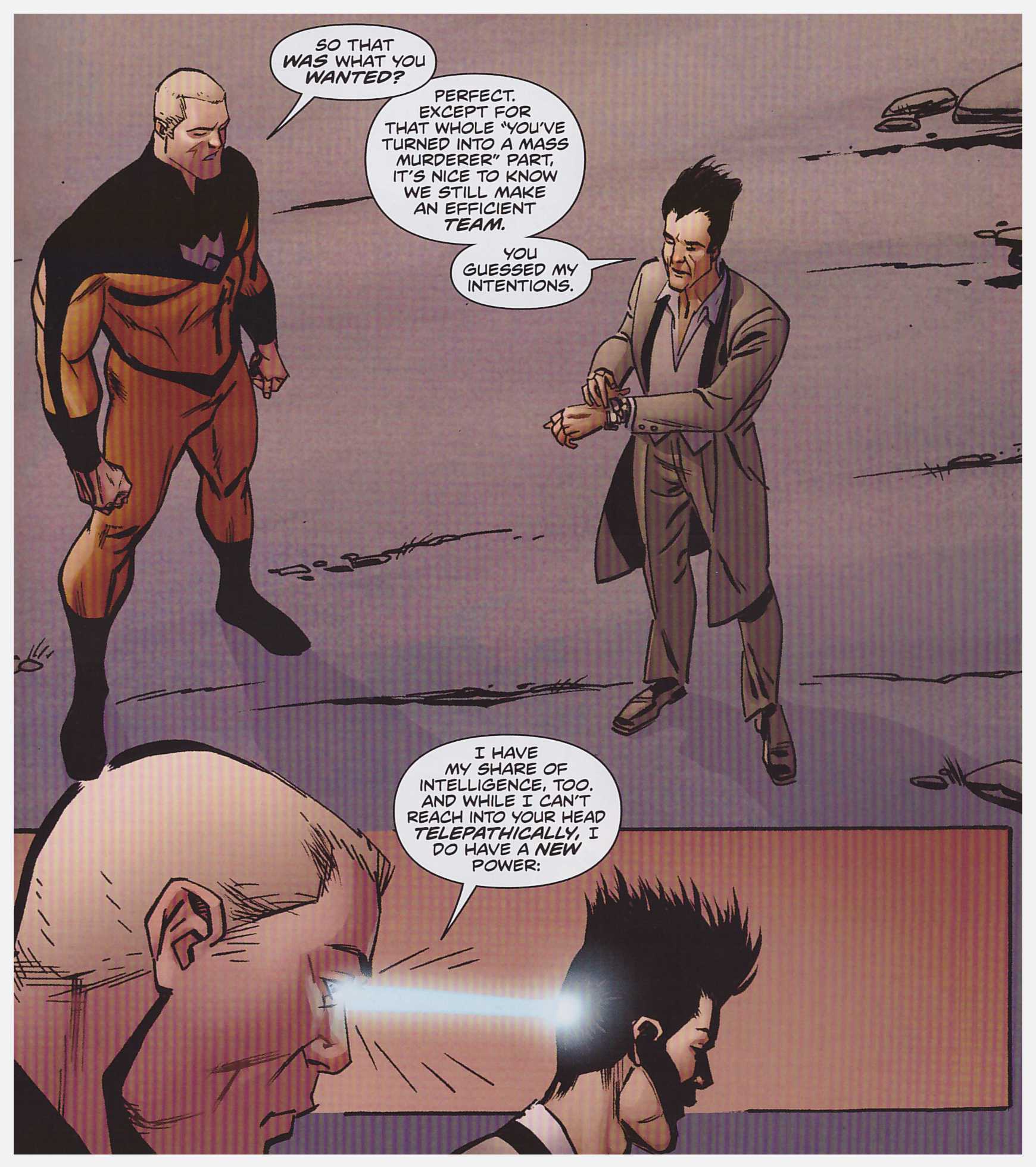 As we reach the finale of Irredeemable, things aren’t looking good for Earth. The experiences he’s endured don’t appear to have persuaded the Plutonian to revert to his previous hero status, and the cost of Earth’s final attempt to prevent his rampage has the consequence of irradiating a third of the world’s population. And it failed.

As far as the plot goes, Waid delivers on everything this has been leading up to, and continues to throw out inventive twists until a charming throwaway coda. It’s all very clever, and every few pages there’s a neat revelation or an accomplished spanner in the works. He’s introduced the required elements previously, in subtle fashion, and ties them all together very deftly. The weakest portion is the use of several of the Pardigm, which comes across merely as a necessity not to ignore them, but they contribute little.

The problem here is that same as the previous volume. Primary artist Diego Baretto can knock out page after page of basic layouts, but there’s very little depth, background or dynamism to them. With everything going on the book should radiate excitement, and instead it looks dull, and really drags Waid’s work down. Furthermore, you’d barely know Kaidan was supposed to be Japanese. The plot breakdowns provided by Damien Couceiro over much of the opening chapter are far superior.

With Irredeemable being released as a series of expensive hardback volumes, the paperback editions are easily affordable at way below cover price. Peter Krause on the earlier books was an acceptable artist, Barreto is a notch or two below, but Waid’s story is genuinely thrilling and worth looking out. As an alternative to ten trades, there’s the single massive Irredeemable Omnibus.