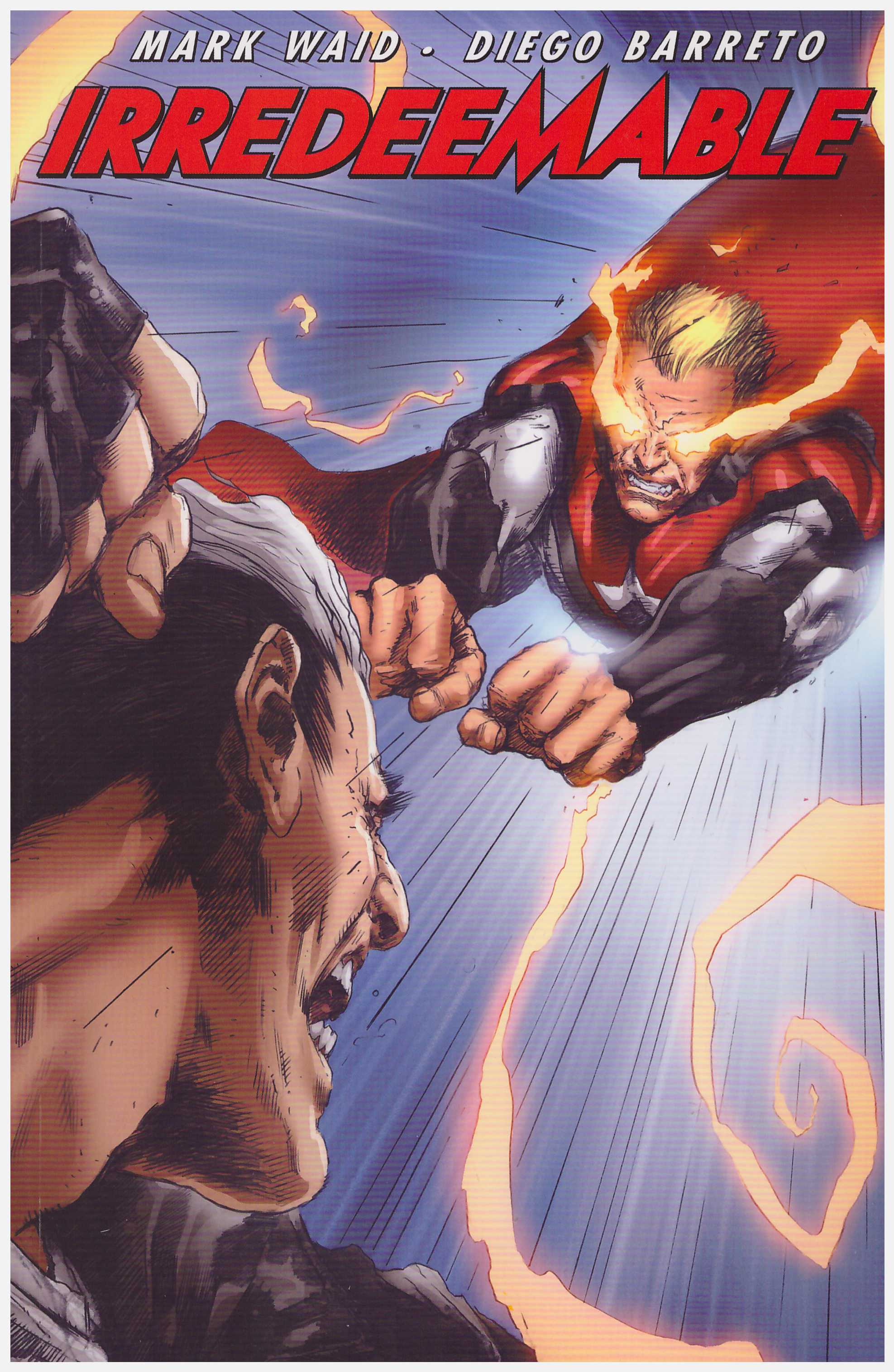 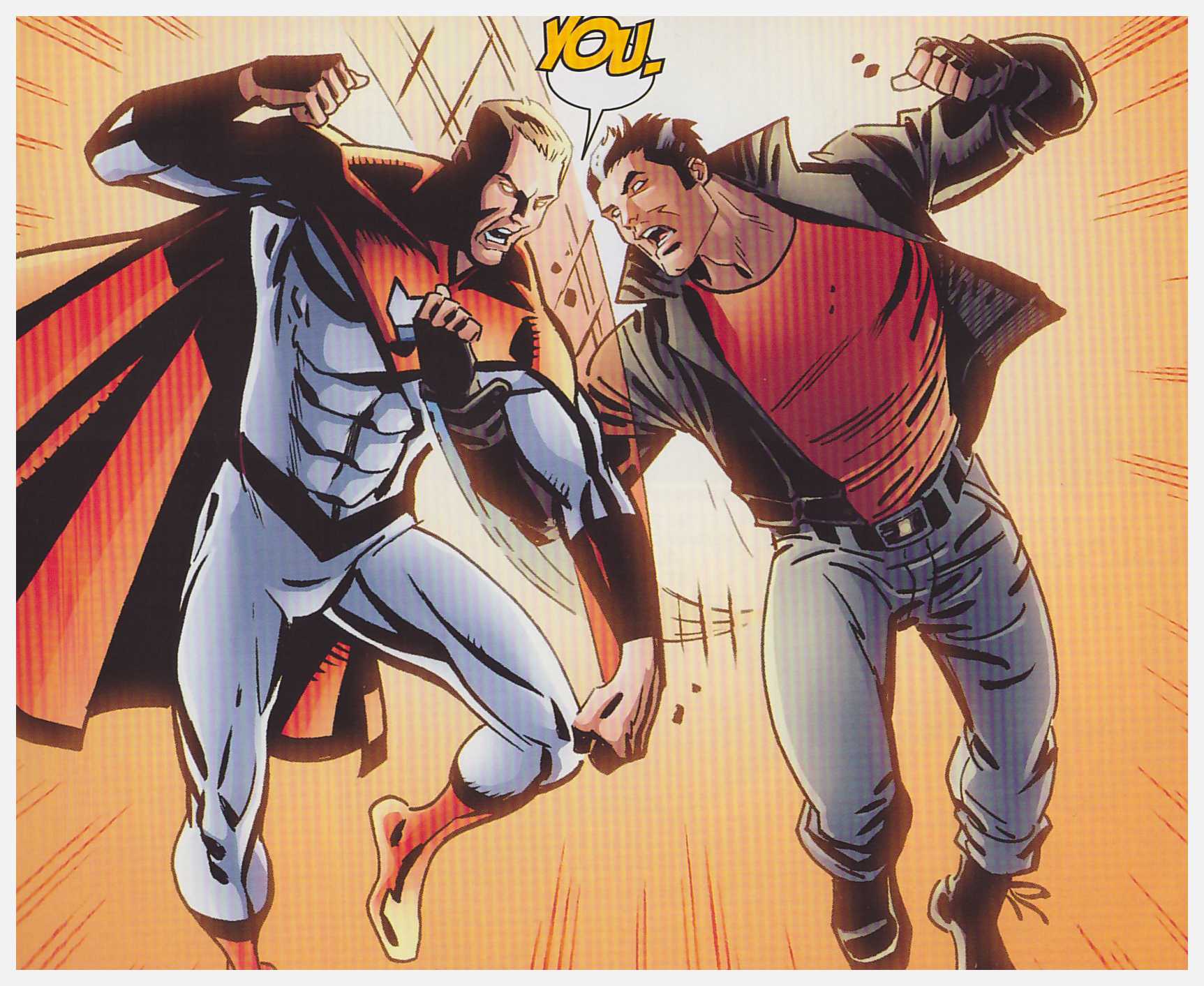 This penultimate volume of the Plutonian’s story is very much a change of pace book, with revelations high on Mark Waid’s agenda. Throughout the series to date a burning question has been how the Plutonian came to to be on Earth, with the subtext of why he’s called the Plutonian, and the answers to both are revealed here. As has been the case throughout, Waid is innovative with his disclosures, and the previous parallels with Superman are discarded for this element of the story.

The revelations come at an almost unthinkable cost, and it’s a weakness of the story that although this is spelled out, it remains an abstract concept. It ties into what’s been necessary to rid the world of the Plutonian.

This volume is further differentiated from much of the remainder by the absence, until the final page, of the regular supporting cast we’ve been following. Instead we take a peek into the life of Max Damage, here built up into the Plutonian’s greatest enemy (other than Modeus). Those who’re familiar with Incorruptible, will already know Max, who’s also been seen in volume three. His journey is the flip of The Plutonian’s, a reformed criminal, and much of his background is also revealed here, with the stories slotting in between volumes six and seven of his series, illustrated by his regular artist Marcio Takara.

Takara’s pages are more stylised than the work of Diego Barreto on the Plutonian sequences, and both are technically competent, but neither is fond of any adornment not necessary to forward the story, and neither is the most dynamic with their layouts. It makes for spartan looking pages, and Waid’s plot deserves better.

He’s been innovative in presenting what was originally a crossover. In fact, the Max Damage material doesn’t really connect with the remainder other than being a parallel presentation of their pasts. It turns out Max Damage and the Plutonian go way back, and this is supplied in a convincing fashion.

Anyone who’s followed the story to this point is unlikely to be giving up now, but the quality of the art has slipped. 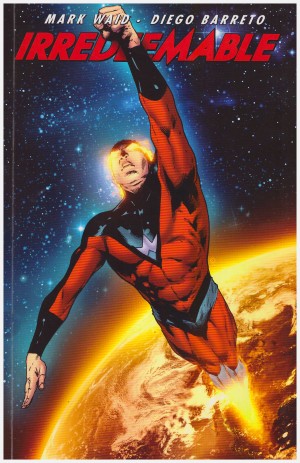 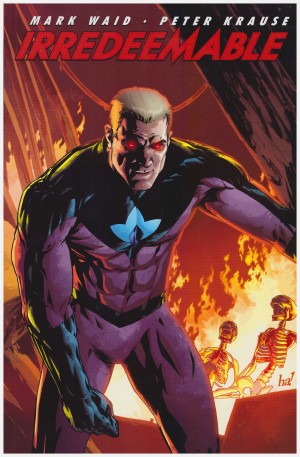 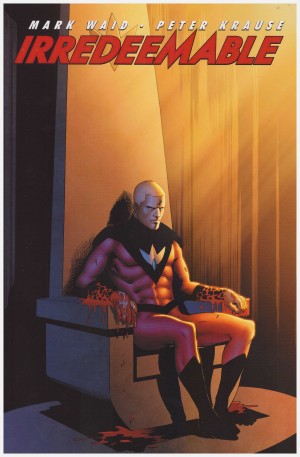