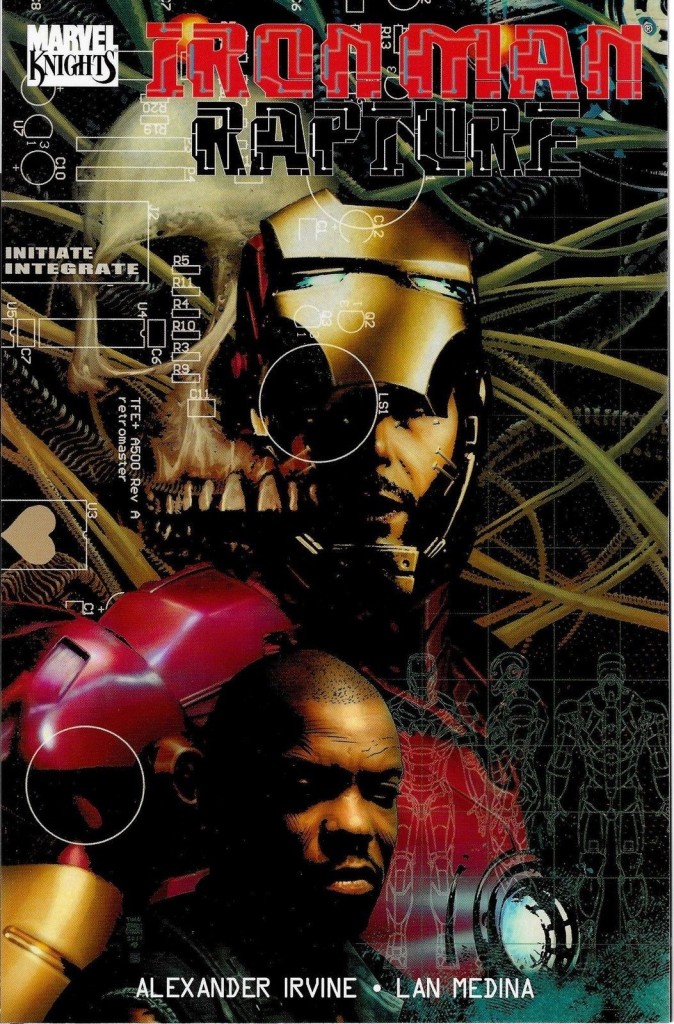 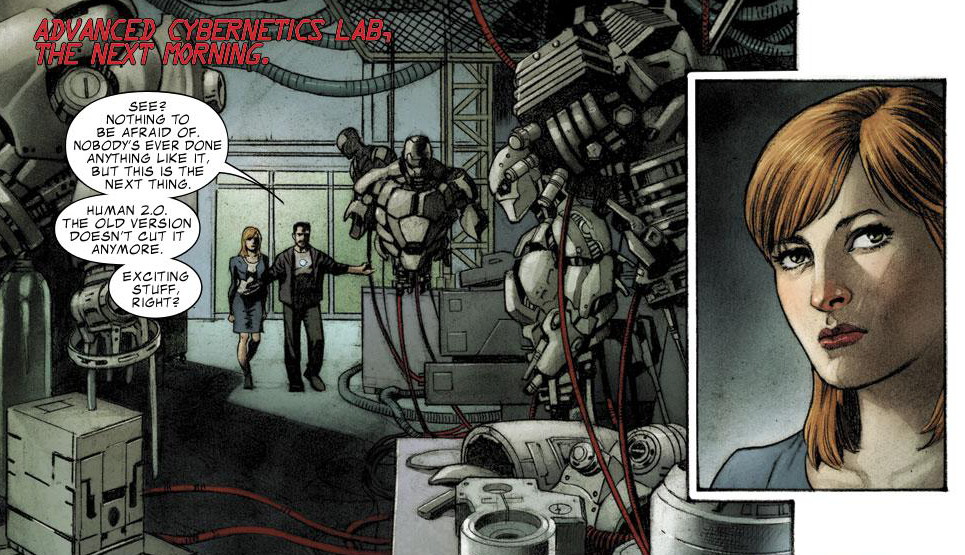 Rapture is a tale of an alternate universe Tony Stark, as several elements diverge from the character’s regular continuity. This is never explicitly stated as such, so for the first chapter regular Iron Man readers will be scratching their heads about what seem odd circumstances and behaviour. These anomalous elements, though, are relatively minor, so don’t intrude on the narrative for anyone picking up this standalone graphic novel because they’re familiar with Iron Man films. The question then becomes why this is the case, and the answer is supplied: the entire alternative universe scenario has been conceived to deliver a shock. The coy manner in which the story plays out then comes across as rather cheap and deceitful.

When Tony Stark experiences a heart attack despite his cybernetic implants he rejects medical advice and treats himself, apparently with total success. Over the following weeks, though, he shuts out girlfriend Pepper Potts, seals himself within his lab and won’t permit anyone access. When an intervention is finally organised it’s discovered Stark has been replacing perfectly healthy body parts with robotic equivalents, and his Iron Man suit appears to have developed sentience. From there, the quality of life deteriorates considerably for all Stark’s employees.

Alexander Irvine moves the plot along at a cracking pace, very much in action thriller movie style, in fact. Freed from the shackles of ongoing continuity there’s the possibility of surprises, but, with one exception, they don’t occur. Lan Medina delivers the artwork in a naturalistic fashion ensuring Stark, Potts, and James Rhodes resemble their movie counterparts, although the likenesses aren’t exact.

The title refers to a sub-plot in which some people’s essences are sucked into a virtual existence, posited as an improvement on experiencing life physically. It serves as quite the metaphor.

Overall this is a decent page-turning diminished by the deceit employed.