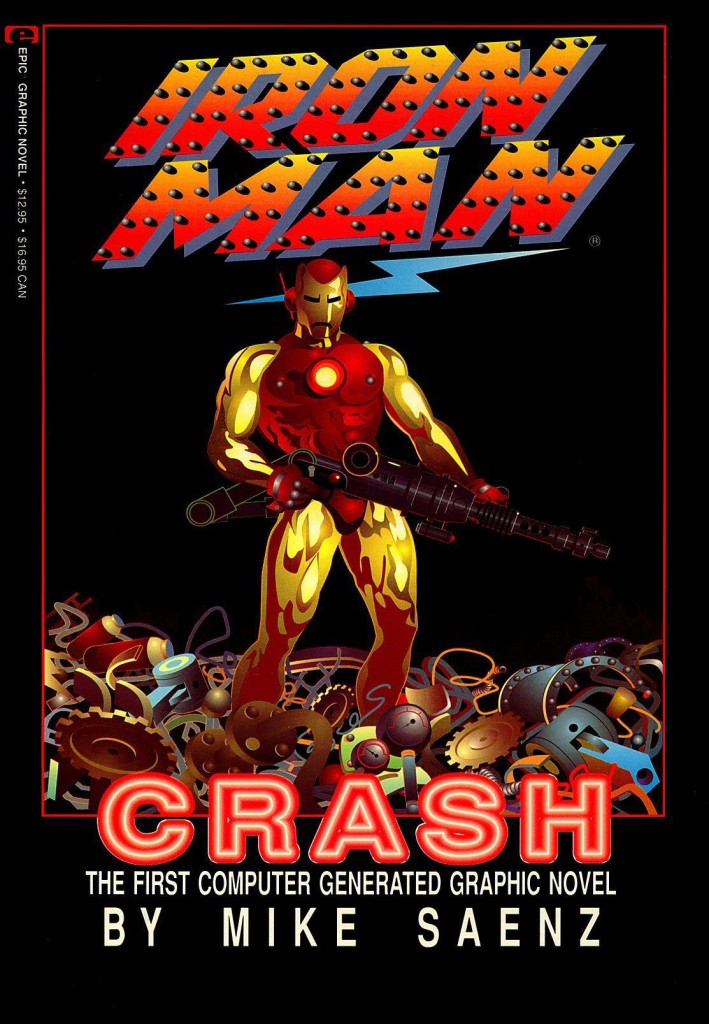 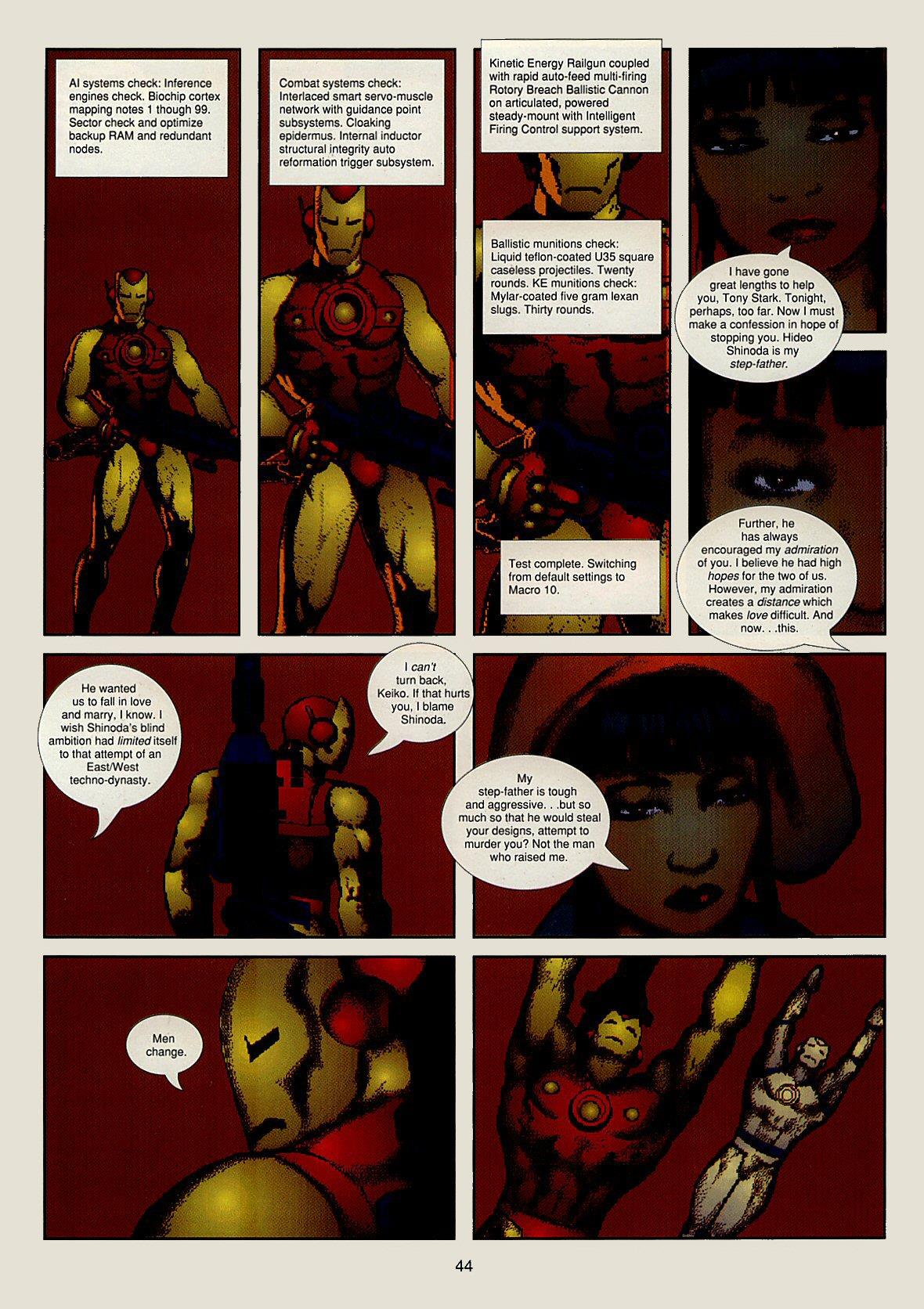 The problem with any artistic endeavour featuring state of the art technology is that it has an extremely brief window in which to impress. The cover promise of Crash is that it was “the first computer generated graphic novel”. This presumably only refers to the art, although at times Mike Saenz’s script is so dry and generic the possibility of doubt remains.

What was computer generated in 1991, now looks like a less imaginative version of the comics Jonathan Hickman used to produce in his early days. We begin with a video broadcast filling in the history of Stark International and S.H.I.E.L.D. accompanied by logo illustrations and two dimensional equivalents of the generic floating head on a cubic grid (think less developed Max Headroom). That’s followed by three pages of technobabble accompanying crude digitised illustrations of Tony Stark donning his Iron Man suit before a modicum of plot. We’re now at page 12, around a fifth of the way through the book, and this glacial pacing continues throughout. Was it really the case in 1991 that the art was so stunning purchasers lingered over every image, so the lack of plot was irrelevant? It’s unlikely, and hold on to those images, because it’s well past the halfway point before we see Iron Man again.

Crash is set a few years into the future, and Saenz should be given some credit for anticipating hack attacks. Yet, this comes at a price, and it’s narrative captions reading “We heed the ROM. We feed the RAM. We destroy those who oppose us. We strike without mercy for we are digital.” This nonsense permeates the tale throughout.

To present day eyes the crudity of the art is wretched, with barely any indication of motion and nearly everything a background free zone. The sexual imagery is gratuitous (and presumably part of the reason Iron Man shifted to Marvel’s more adult oriented Epic imprint), and Iron Man is drawn as if by an enthusiastic teenager.

Saenz provides a long essay at the rear of the book detailing his procedures, and is enlightened enough to know that he’s scratching at the surface of future possibilities. Credit him for attempting something different, but for all his imagination when it comes to the future possibilities of computer graphics technology he didn’t have enough to work with a writer. It renders Crash almost unreadable today.